Magic in the heat 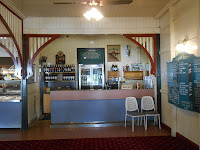 Last Saturday was incredibly hot so the house -of-krank (well ex-krank now) decided to go on a 1.5 hour car journey to Dayboro. After driving past scorched fields, 1 dead sheep and a lot of the people with their tongues hanging out we decided to stop at the Dayboro pub for lunch. Busy hey! Actually there was a gang of bushmen out the back replete with beards and tall glasses of amber joy but I did not like to trouble them for a photo. It was actually very amenable sitting on the outside verandah catching the oven-like breeze, enjoying a cider. After lunch we drove the 1.5 hours back in the boiling heat again and admired the cat for sleeping under a tree the whole time. 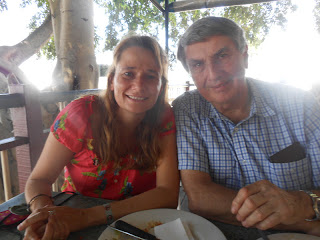 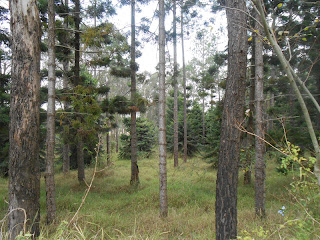 Around dusk I decided to brave the heat again and go for a walk in the neighbouring scrublands. I may have trespassed just a teeny weeny bit but the gate was open and no one should own large slabs of bush anyway. Once I got  thigh deep in grass, running between the trees, I had this wonderful feeling of being free. It reminded me of when I was small and I used to run like a wild child through the scrubs across the road. Often I would be accompanied by the neighbours' dogs ( I was the alpha I believe) and we would have the most brilliant adventures down along the river bank. I had no fear of snakes or goannas or wild beasts then. Sometimes one of the dogs would hurt themselves and I would send them home with a band-aid on their paw. This time though it was just me and seven kangaroos I saw watching me through the long grass. I could feel myself slipping into my  imaginary world again - just like years before - and all I wanted to do was keep running and breathing and seeing magical things. 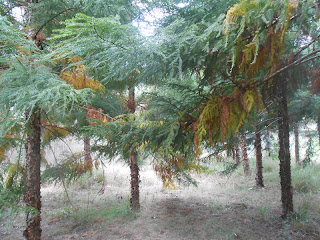