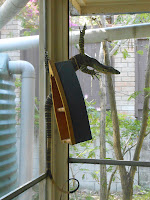 When I was little there was a French man who lived up the road and he used to call me Joanna Goanna. I knew he was teasing me and I didn't know whether to cry ( like the time my parents ordered a  WANTED poster  accusing me of horse stealing. I was mortified and howled at the very sight of the paper. My parents had to hide it from me. I bet the didn't see that coming - heh heh!) or smile because I was clearly brave enough to take a joke. In the end I usually gave him a sort of half smile because he said Joanna Goanna with such a rolling French accent it sounded rather exotic in my little strine ears. Anyway the reason why I mention this is because the other afternoon a large real goanna came strolling through the cat flap at the back of my parent's house. I think he had been trying to steal eggs because there was a very angry currawong (who had also been trying to steal eggs) yelling at him through the fly wire. It was very exciting for the house-of-krank (although we are all on the mend now) and we gabbled over cups of tea about what to do next. In the end we let him be and later he did a rather majestic stroll back along the floor and out the cat flap. I managed to take a few photos of him which really don't capture how big he was ( almost 3m) or how beasty his teeth were.

Rest-assured it's not all toothy beasts around the garden though. 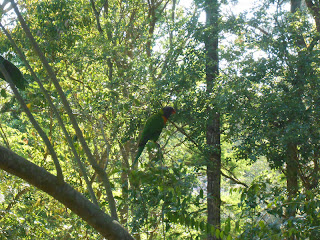 There are lovely parroty things. 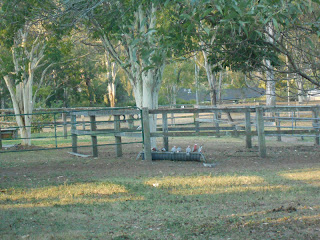 Galahs in a neighbour's trough. 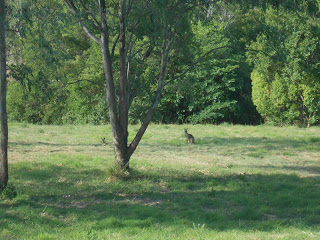 Kangaroos in the field down the road. 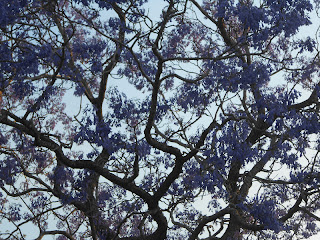 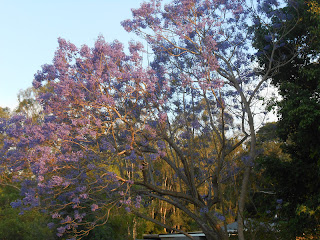 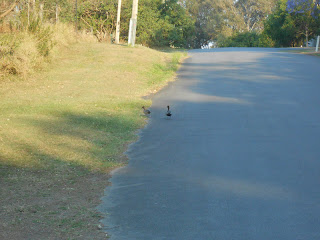 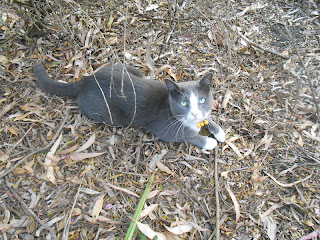 Ok and the odd other toothy beast.