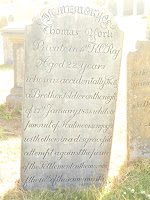 Now one of the most interesting places to visit on Norfolk Island is the cemetery. ( Hmm me thinks I am beginning to sound like a tourist guide.) Because of the island's history as both a convict settlement and then later the home of the Bounty mutineers the headstones make for a very lively read: a few murdered soldiers; a lot of drownings at Emily Bay (now they tell me); a number of 'sudden' convict deaths all on the same day in 1834 (I suspect they were not of natural causes); and then there are the names of Bounty descendants (e.g. Christians, Quintals) littered amongst the tombstones. Not all the convicts were buried in the graveyard and many lie in unmarked graves down by the sea.
Apparently nowadays it costs nothing to be buried on the island. You just have to throw a crate of beer in the direction of the grave diggers and the job is done. 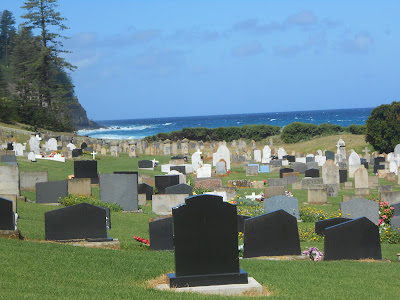 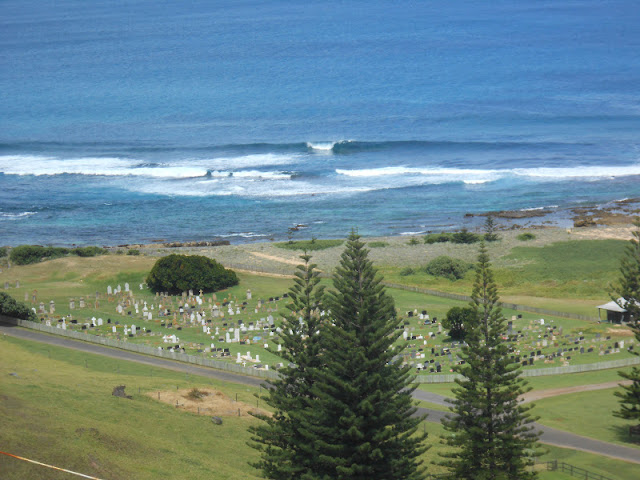