My Brazilian boyfriend, Alfonzo, is back with me for a week. he's even got a little Brazilian as part of his belly has been shaved. Not for aesthetic purposes though :-( - poor Alfie had an operation on his kidney at the beginning of the week. His owners were very worried because they were due to go on holidays at the end of the week and it meant poor Alfie would have to spend his time in a cage at the vets. Obviously I said he could stay with me as I am not one to shy away from a doy in need .
Of course it is a little scary taking on someone else's recuperating pet but so far he has been a little angel. In fact he is leaning against me as I type this entry and I can hear his little motor purring. There is something very peaceful about having animals nearby. I need to find a home where I can love one of my own.
Posted by Joanna 1 comment:

I have an old man in one of my classes who sounds like Barney out of The Simpsons. He isn't drunk, just incomprehensible. He is in one of my beginner classes and I think he is there for the company because most of the time nobody can understand a word he says. -even when he speaks German! I try to include him as best I can but most of the time he seems happy to sit at the back and shout out words in a random, gleeful way. Anyway this week I decided to play a revision game with the class and when it came to his turn he had to name 5 things you find in a hotel room. One of the other students eventually managed to coax ' desk' out of him but I didn't really think he understood the question. So then I asked him: 'So in a hotel room, what do you sleep on?'
'A jungfrau,' he said with such a chuckle I thought he might have a heart attack there and then. The whole class, which was entirely made up of men, apart from me, started to roar with laughter. Ah the joys of teaching!
Posted by Joanna No comments:

Today in yoga Izabella lifted me up into a full wheel pose ( chakra-asana) . I could feel my whole body and spirit stretching in a way that made me feel both great pain and great life. Then suddenly I began to cry while in the pose. The tears fell down my face so quickly and so heavily that they actually rained down on my yoga mat and sounded like rain drops on a tin roof in summer time. Izabella lowered me down and I just lay there and wept. She came back a few minutes later and said 'Come on. Let's make another wheel pose.' So she lifted me up high once more and I felt my body and heart burning.

Later during Shivasana she came and cradled my head in her hands and told me to cry. ' Let it all out', she whispered. 'Yoga helps us do this.' So I did. And I didn't feel embarassed there in the class. I just felt myself in the middle of my great pain but it was as if Izabella was there with me, not carrying me, but she was there.

I will always be grateful that I came to Basel just for this experience.
Posted by Joanna No comments:

Hmm another abysmal game - I have decided that the problem must have been the Algerian's green kit. I think they kept on blending with the pitch so the England players couldn't see them when they passed - it has to be the only excuse for such terrible passing. :-(

This coming week is the last week of normal school before the summer break. I am taking summer courses so it doesn't actually mean holidays for me but I am looking forward to finishing earlier than 8 pm every evening :-) I won't know what to do with myself.

Sorry but my blog entries right now seem to be as lacklustre as the English football team - I promise to seek out adventure soon.
Posted by Joanna No comments:

/gu.com/p/2hd49
Posted by Joanna No comments:

Ok so maybe I need a back-up lieblingsteam after Australia if England doesn't make it!!

The Great Let-Down has begun 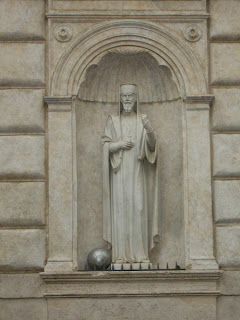 My Dad calls The World Cup ' The Great Let-Down'.
'How many days until The Great Let-Down begins?' he teases on the phone when I speak to him.
Of course, I have to forgive him for his lack of football passion since clearly we do not share the same English/ Mediterranean, Italian/ Syrian etc genes. A bit of an oddity I suppose given he is my dad but you can't help faulty genes ( I am referring to my dad's lack of football passion there by the way.) For some reason I can't help but think of the family postman from years gone by at this juncture - His name was Fabio Ahmed Smith or something like that -:-)
Now he liked football. :-)

Anyway the Cup has indeed begun and England has begun her campaign in the usual heart-breaking manner. Luckily I have Bach rescue remedy to get me through the hard times. I should probably get it added straight to my water supply to save time adding it to every glass I drink.
Football aside I have been busy not writing, taking lots of lovely fragrant baths and re-acquainting myself with yoga after a three week break. (Oh and getting caned at Backgammon - but the worm will turn, my friend, the worm will turn!)
My dream life as always has been very active though - last night I dreamt that a Toyota Tralgo turned up at my front door jam-packed full of kangaroos. The big red ones that could punch you out with their fists. They were sitting in the seats ( with belts) although there were a few with their feet sticking out the window as they are clearly not designed to sit in Tralgos. Anyway it was kind of like a reverse safari drive as they were the ones driving around looking at the people. They even handed me some sugar cane which i thought was very nice of them.

Tonight I am going to go to Paddy Reillys in town to watch Germany play Australia. One of Australia's players, Scott Chipperfield, plays for FC Basel so I think there will be quite a bit of support from the Swiss quarters in this game ( that and the fact that the Swiss are generally not famous for supporting Germany.) Of course England is my lieblingsteam but I will be cheering Australia tonight (besides I need a backup if England continues to fumble.)
Posted by Joanna No comments:

Last night I went to Vapiano a new restaurant in Basel. The problem with the name Vapiano is the poet within me wants to call it Crapiano for no other reason than the fact that I can.
It has only been open a few weeks but is already very popular. When you enter it the staff at front give you a card which acts as your cash for the night. Every time you order something you swipe it and then at the end of the evening you pay your card. Quite cunning really because it is so much easier for people to swipe a round of drinks across their card then have to pay up straight away.
I had spaghetti pomodoro con rucola. I have to say it wasn't the best pasta I have ever had in my whole entire life ( that belongs to a plate of gnocchi I met in Venice almost ten years ago) but the novelty factor of the restaurant made the meal quite pleasing. After the meal I went to the bathroom and was quite surprised at the the rather modern, angular decor of the bathroom. 'Wow,' I thought. 'This place is soooo modern.' Of course I was then even more surprised to find three porcelain urinals hanging on the wall and one rather bemused man. I think I must have stood and stared for a minute thinking to myself. 'Wow Unisex toilets - well I never.'
Suffice to say when I finally located the Ladies the decor was a lot more elegant and feminine.