What A Wonderful World

When I got into ESL, I deliberately chose adults rather than teenagers or children. Not because I didn't like the latter groups but because I didn't want the disciplinary nature of those jobs. If I had wanted to be a school teacher, I would have trained as that instead. I mean, even school teachers are paid better than ESL. Sadly though, because of the dire working situation in Italy, I find myself in a teenage horror show at present. Some classes are ok but some make me miserable although I try not to let them get to me after the class has ended. I simply don't get paid enough to let the Alessandros and Eduoardos infiltrate my free time - especially since I have no holiday pay anyway.

I have one class at my local school which I refer to (with increasing love) as THE ANIMALS. To be honest, they don't upset me so much because a lot of them have never met an English speaker before but some of these classes are wild. It doesn't help that the average class has 20 plus students of different age and English levels so mostly I am trying to find common ground. A couple of weeks ago I had an epiphany at the front ( when I was staring at the board too afraid to look around at the mayhem) and I decided that as long as the kids stayed in the room and weren't wandering the corridors like crazed zombies AND no one bled or died  -then it was a win.

But this week I think I really did win. I decided to do Israel "IZ" Kamakawiwoʻole's Somewhere Over The Rainbow. The lyrics are simple and his diction is perfect - how could you not love it.


Anyway, as I first played the song I saw the students laughing at him - he is rather large - but this hadn't even occurred to me as an issue and I thought: " oh no, I'm gonna lose them before we even start." And it made me sad. Such a beautiful man. But the students continued watching and listening. They began asking questions about the urn with his ashes as it was scattered over the sea and I could see them becoming engaged. So we did a number of different activities so we could learn all the lyrics and understand what they mean and then we sang it all together. But it was after the break I knew I had won because a number of the students came into the room singing the song and bringing in their friends from other classes and asking to watch it again.

I miss teaching adults. I am better with them. But this was a lovely moment.
Posted by Joanna No comments:

Today I spent the afternoon in the green hills outside Florence teaching “have to/don’t have to” to some extremely soporific fourteen-year-olds. To be fair, I was borderline comatose as well, I even tried plying them and myself with espresso - and yes, they actually have such machines for the kids in these schools - but to no avail. The beginning of spring really brings out the nap in everyone.

Anyway at one point as I was leaning out of the classroom window, I heard a couple of birds chirping between some branches. And for a sliver of time, I found myself back on Solothurnerstrasse. Lying in bed, listening to the morning sparrows. Half aware of the silvery dawn light and the quietness I had found inside myself.
I miss that quietness. That feeling of peace and breathless joy.
As soon as I jolted back into the present, I had this deep yearning to back there all those spring time's ago ...
when I realized I had just been.
Posted by Joanna No comments: 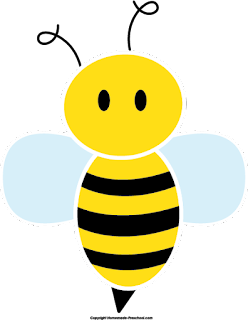 It's almost April. How can this be(e)?
How many stories have I missed telling? How many moments have escaped me?
Today is sunny, finally. I can feel my hands beginning to thaw. Perhaps that's why I have not written. Frozen hands. I like this excuse, I think I will adopt it and bring it home.
The bees are out humming so I best go and join them.
Welcome back to me. I hope I stick around.
Posted by Joanna No comments: