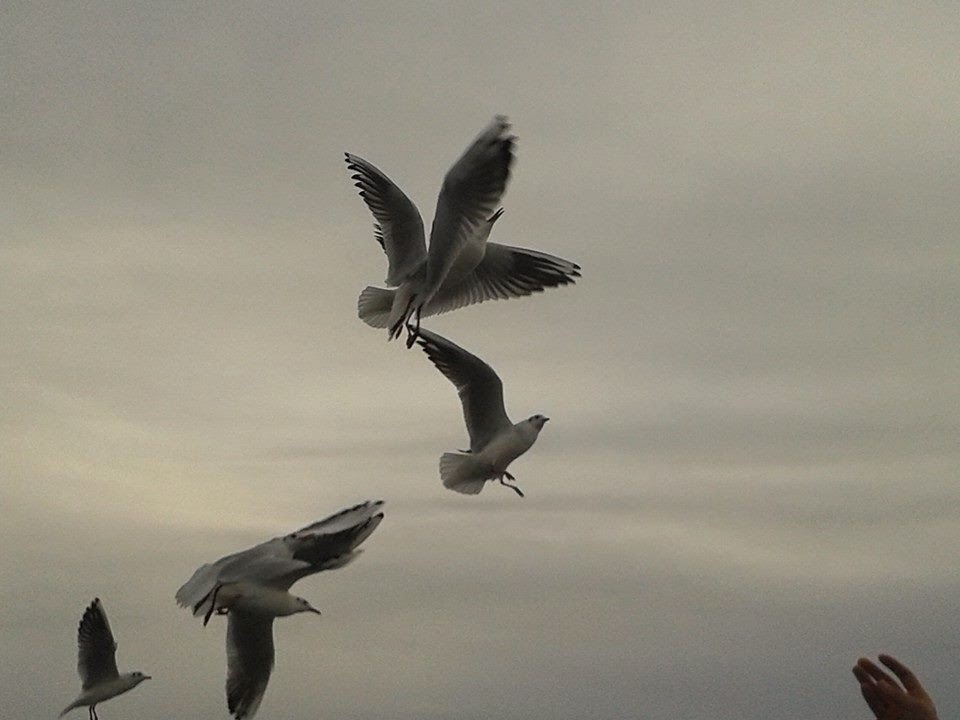 Today I am going to begin with the end.   On a ferry from Kadiköy back to Europe, at dusk, when the sky was simmering with sea gulls and low-slung clouds.  The air was icy, meaning that most Turks were sitting in one of the lovely retro-wooden cabins below ( Turks do not do cold!) so I took the opportunity to sit of the roof deck above. There were only a few of us seasoned souls up there: a man in a black overcoat and another in what looked like a santa-inspired pullover replete with white hood. 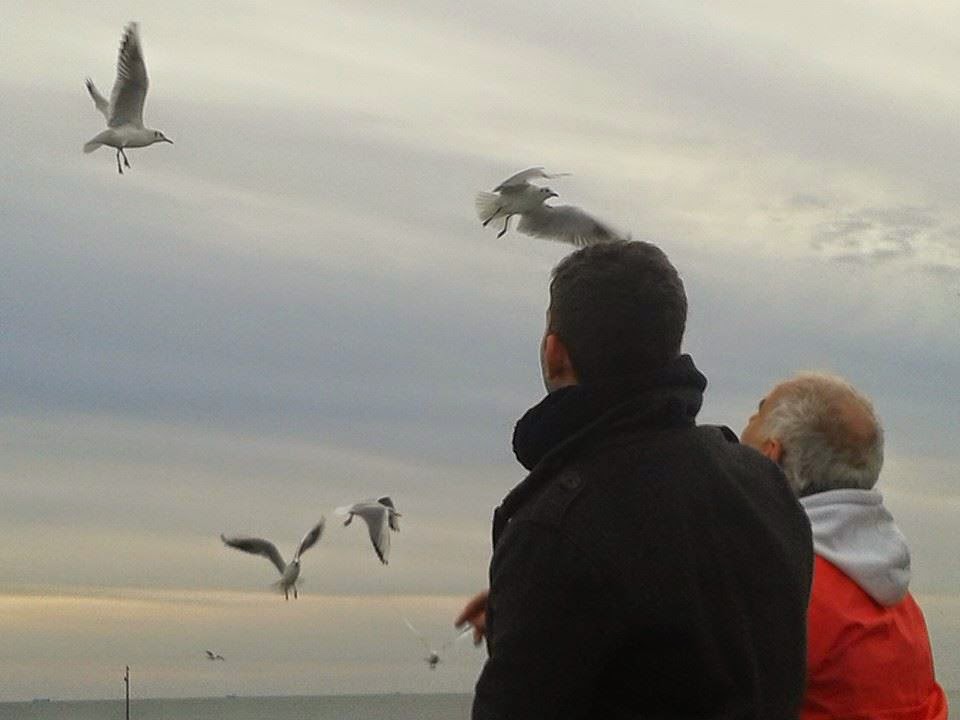 Anyway the santa man suddenly started to chuckle as the boat pulled out of Kadiköy. I may have even heard a little wheeeeee as we went and then out of his bag he pulled a loaf of bread which he began to throw to the birds with such gleeful abandon, it was like he was a bandmaster performing an encore at the proms. Soon the other man in the black overcoat came over to join him.  Laughing and throwing his arms to the sky before quickly racing below deck to buy even more bread so they could conduct this mad orchestra of birds all the way back home to Europe. Soon I was laughing and wheeing  with them too. It was one of the most infectiously joyful experiences I have ever had! 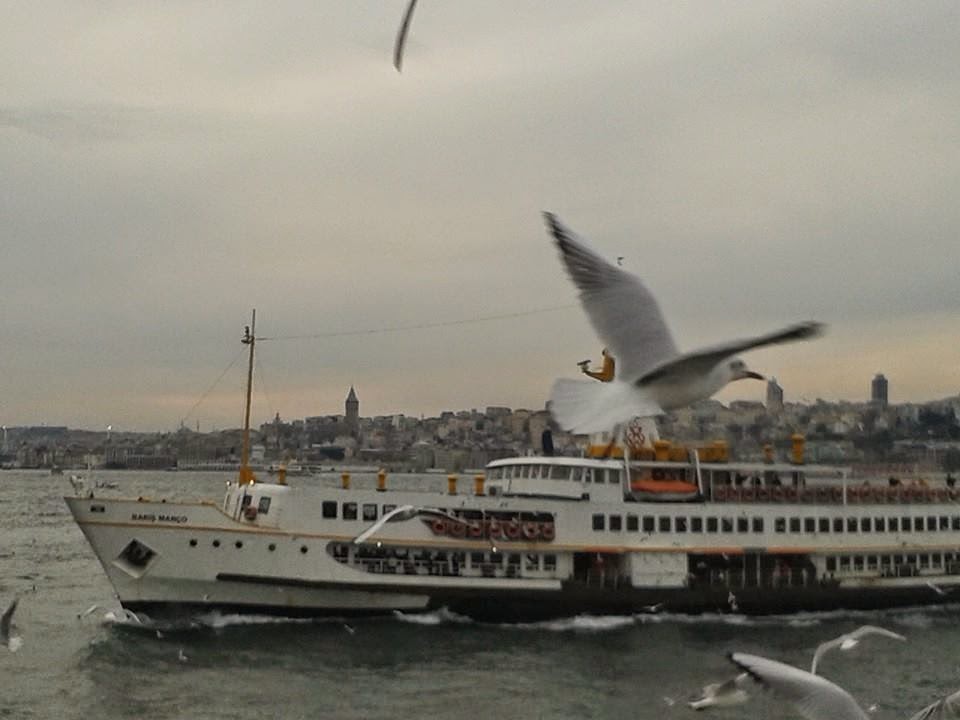 You know when a day ends like this whatever came before doesn't matter so much. 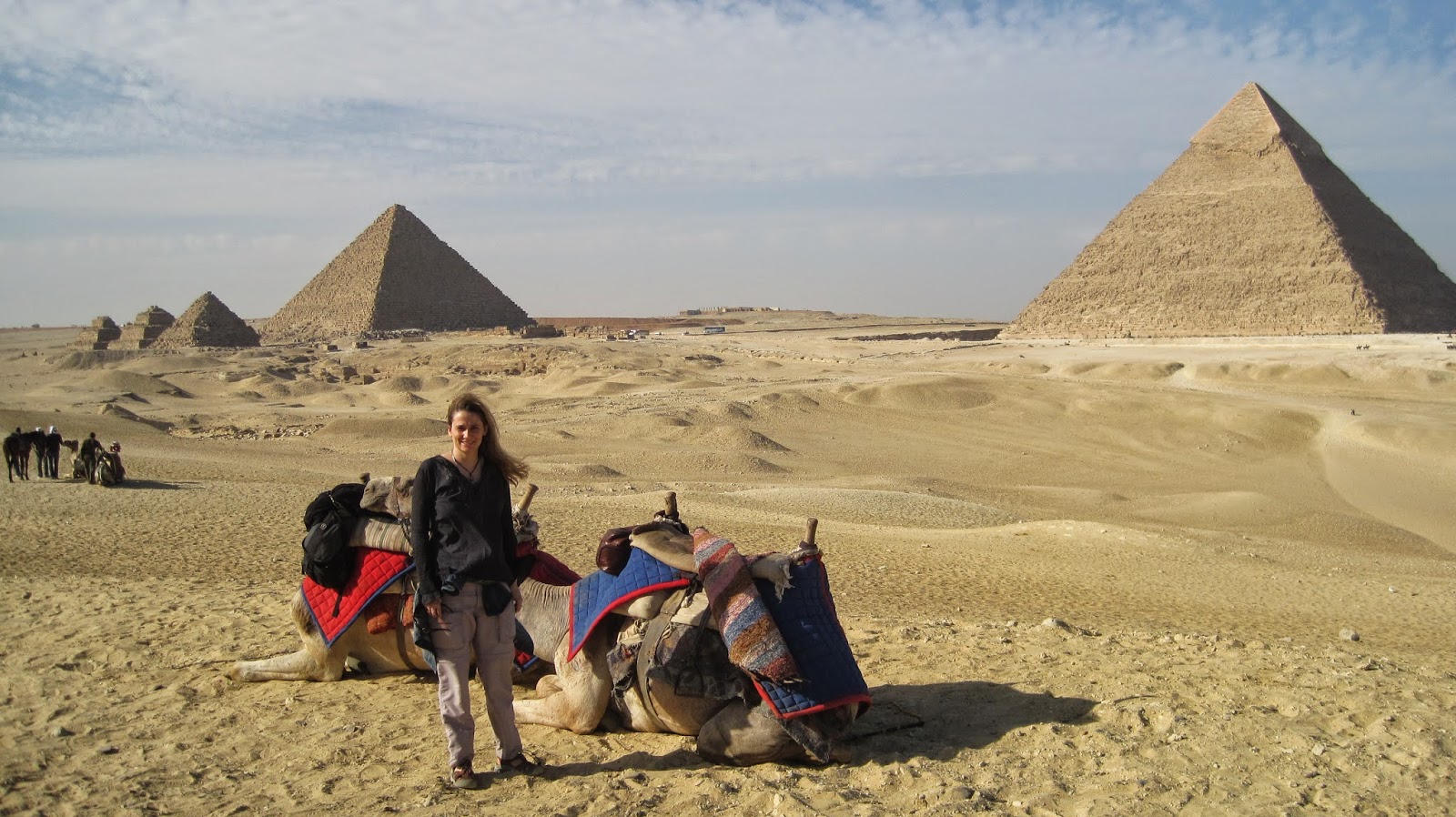 Now I have passed the festive season before in some fairly un-Christmassy places - China at the Shaolin Temple with hundreds of kids karate-ing in formation, Morocco where Damien endured the worst bout of food-poisoning from the unkindest clown in Fez,  even Egypt and a poor Egyptian kid being made to dress up as Santa and glide down the Nile. But in the end somehow it was still always Christmas. Unfamiliar and yet still sweet. I remember carrying a small Christmas tree around China for a few days so we could set it up in out unheated rooms, drink cups of noodle soup round it and wrap gifts in toilet paper.

Turkey, I suspect is going to be another one of these occasions except I honestly cannot feel anything in my heart at all. It is  like a giant sheet of grey sellophane has been wrapped around the city, muting the lights and the trees and even the oddly be-jewelled reindeer I see decorating the streets. A strange sort of feeling but survivable of course.
Posted by Joanna No comments: 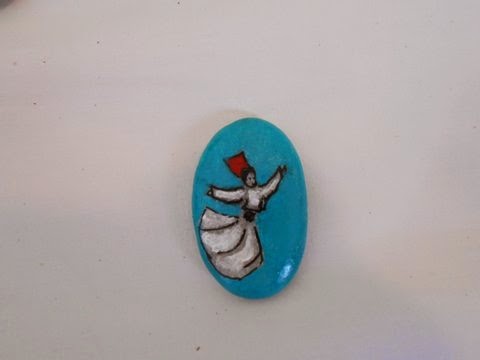 Today is Mevlana's  (Rumi's) wedding night. It marks the day he died and was reunited with his Beloved, The Divine.  I wish I could be like him. Whirling, unencumbered, so my hands touch the stars and my feet feel no weight.

Today I believe I am the very opposite. My feet feel heavy and my hands can only clutch my face.

I love Rumi though.

It is hard to choose which of his poems I like best.


“I will soothe you and heal you,
I will bring you roses.I too have been covered with thorns.” ― Rumi

“Sorrow prepares you for joy. It violently sweeps everything out of your house, so that new joy can find space to enter. It shakes the yellow leaves from the bough of your heart, so that fresh, green leaves can grow in their place. It pulls up the rotten roots, so that new roots hidden beneath have room to grow. Whatever sorrow shakes from your heart, far better things will take their place.” ― Rumi

“Every object, every being, is a jar full of delight.” ― Rumi

Bliss!!!
Posted by Joanna No comments: 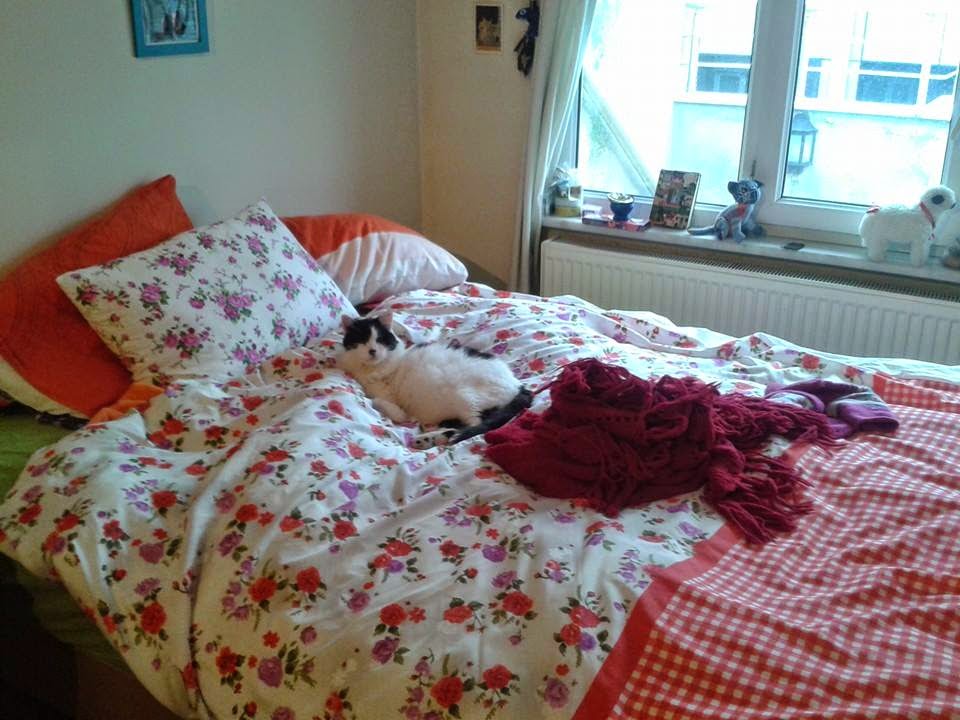 Last week I had a mail from someone who expressed surprise I was in Istanbul because my blog is currently in the far reaches of the Australian outback. Fair point. So while I am determined to finish my Longreach odyssey because it was such a great trip to take with my parents  I suppose I should actually write something in real time just for the sake of records – like if I disappear or something!  Yes. I am back in Istanbul. I have a lovely new home which I really like and Three Paw has also given it her seal of approval. I found her a place with a terrace so she could enjoy the outside air but so far she has shown no interest in going outside. In fact when I invited her out onto the terrace the other day she gave me a cross-eyed look that said something like..Mama, really do I have to... I be bed cat now! And true to her word she much prefers to pass her days lounging on the numerous beds and couches dotted around the apartment or hanging by the kitchen bin  - some old street habits die hard! I am sure The Pirate will enjoy it too although I am hoping to give Three-Paw a little more of a holiday before that happens because my little black fiend is really quite awful to her and it hurts my heart sometimes to watch her try and 'play' with my dowager empress laydee.

Both my flatmates are teachers and drummers .  I wonder if I should take up ménage a trois ( by that I mean the triangle) so I can join in.  I hadn't really wanted to share I must confess. I wanted my own place but I really couldn't ask for two easier buddies to share air with so I am quite content. The neighborhood is also very interesting - full of pastry shops, luminescent fruit stalls and moustachey men eating borek.  And I keep on running into people I know so it feels more like a community or an episode from Cheers.

I think that is all the good news I have to impart. On a much less happy note my Christmas Day plans have been scuppered at the last minute. I was really looking forward to the day and everything had been planned down to the movies, the stuffing and the afternoon constitutional walk but sadly it is no longer to be. It is difficult to re-calibrate my brain into making a new Christmas plan but if all else fails I can swap fish-shaped gifts with Three-paw under a bin somewhere .
Posted by Joanna No comments: