I haven't been to yoga once this year. My yoga teacher has been enquiring as to my whereabouts ( which is very sweet of her) but somehow I just can't face it. I could lie and say it is finances. Well, yes this is true. Yoga classes are expensive for me...but she has offered to help me find a solution with the school ( which is also very sweet of her).
So this leaves me with the truth. 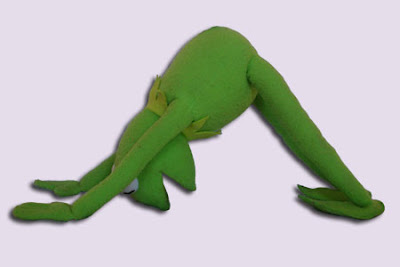 I am afraid! I am afraid to go to class. Right now I feel as if the pieces of my heart are being kept together by the sheer will of my ribs. If I got to yoga, if I open my chest to the sun, I am afraid all the pieces will fall between the cracks and shatter on the ground. 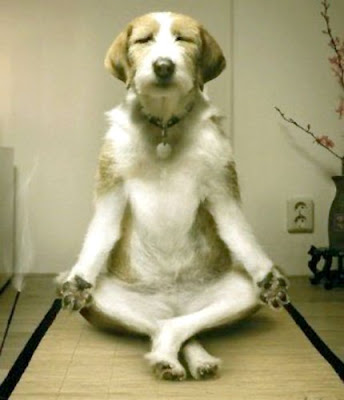 At present I am amazed when I make it through another day - somehow. That despite everything, I still seem to breathe. So to actually open my chest up - to let all that light pour into such a dark place - it seems overwhelming. 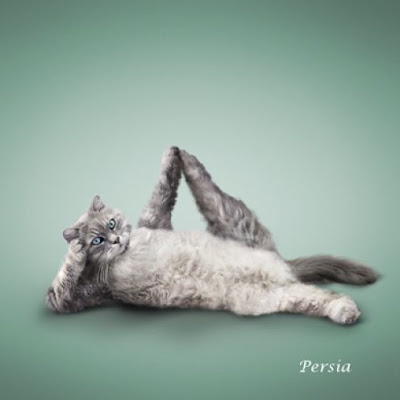 I know my boyfriend Hafiz would think differently. I am sure if I managed even just one downward dog he would shout from the sky ( or the moon or wherever he is) 'Hallelujah baby!'. And tell me to embrace my grief but never to forget to love love love ...and stretch ...obviously!!
Posted by Joanna No comments:

a little bit of love 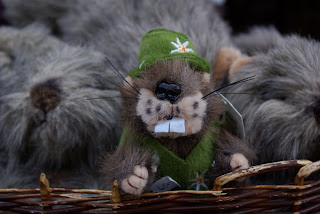 This week my conversation class threw a Valentine's Party ( their choice not mine!) We had chocolate cake and made cards with Loving Ogres on them to give to each other. They also gave me a sizeable amount of Basel-Stadt money which I can spend in a number of shops in town. This gift was totally unexpected and made me want to cry ( which I admit is not actually that hard to do right now!) But it wasn't the money that made me misty ( although greatly appreciated in this time of scarcity) but it was the warmth and love with which they gave it to me that touched me deeply. So in honour of my students I have decided to fill this blog with pictures of my present homeland, Switzerland. 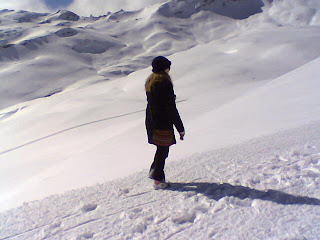 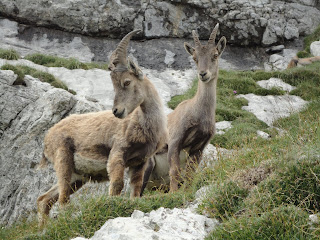 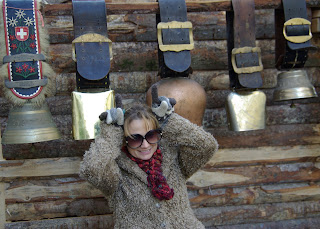 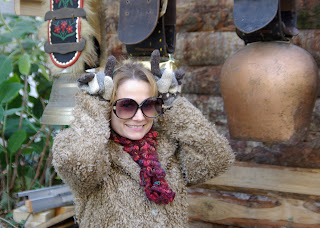 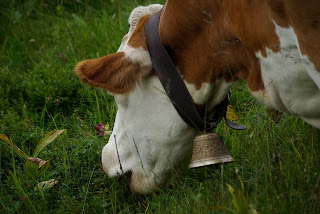 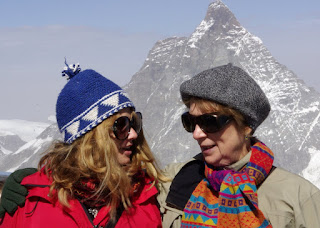 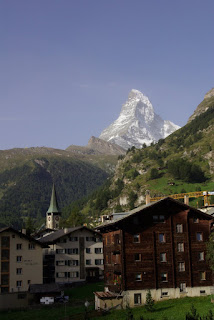 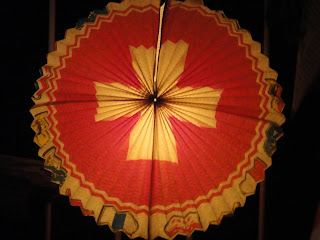 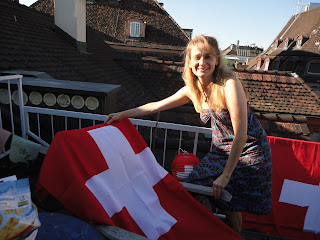 a whiff of spring

Yesterday I was at school from 9 am until 10 pm. It was a long day with a lot of Joanna Shows. I even had to squeeze in an extra matinee session in the afternoon. By the end of the day I understood exactly how Natalie Portman's character felt in Black Swan - all that pirouetting around the classroom, giving the illusion of lightness, is exhausting.! After class Ulla and I walked back home and she remarked on how there was a whiff of spring in the air which I found rather astute for a shopping trolley.
Once homeI left Ulla to unpack and went out for a walk. I couldn't be inside. It must have been around eleven o'clock but it was a bright night so I went down by the river to watch the ducks. Ulla was right. There was definitely a spring whiff. I don't know if I really feel ready for the change yet but Mother Nature beats to no one's drum but her own so I guess I will just have to accept it. As I strolled alongside the water I felt very lucky to live in a town where I can go walking on my own in the evening.

***
* Right now I am listening to the music of an Algerian singer called Souad Massi. Here is a link to one of her songs called Ghir Enta.

** I am also thinking about my Braccialini handbag. I bet it is incredibly bored sitting in a posh shop right now and wishes it could be out swinging on my very un-boring arm instead.
Posted by Joanna No comments:

I have been sifting through my mental closet trying to work out if I am a good judge of character. I mean of course there have been the obvious mistakes - like Ahmed the Bedouin 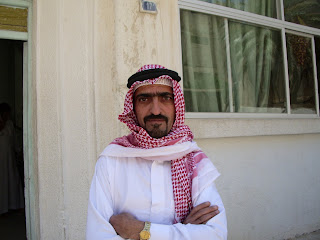 , who told me he only wanted to be friends and didn’t plan to marry me later in the desert. I should have known something was amiss when he started loading up the camels and asking me if I’d like to get fitted for a blue thobe.
Or my trusted childhood hairdresser who gave me a cut like Rod 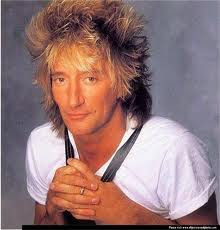 Stewart and sent me on my way.

But what about people I have got to know more closely? How many of them have I really got wrong? I like to think none. I like to think my judgement is good; that it can be trusted. That I am intuitive and discerning. Not blind or naive.
But no one is perfect so there must be times when I get it wrong!
I am struggling on this topic in relation to a particular person at present. There is such a dissonance right now between my understanding of them and what I am currently experiencing it is almost impossible to see how they can be reconciled.
So which is right? My past understanding or my current experience? Or both! Honestly I have no clue. I just know that ultimately my heart will reach the right conclusion, the true conclusion, regarding this person whatever that may be and in the meantime I shall just continue sending them love and light as I have always done.

Last night I slept with Hafiz in my bed. (He came at last!) I read his words out loud because they are the perfect antidote for pain.

Can think of Hafiz as a divine

Who just keeps scratching his back

O, I don’t care about your thoughts

Or what you have ever done,

Just open up this book whenever you are

For I love the way you 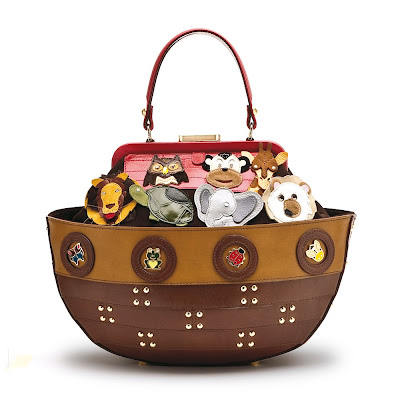 On Saturday I noticed a book called Maths Magic for sale. I have decided that some words should never be allowed to go together. It should be a rule of English grammar along with i before e except after c. I would call it the Rule of English Repulsion. Under this rule I would obviously include maths magic, delicious marzipan, pistachio ice-cream, grill party and fun run. Conversely I think there should also be an English Rule of Attraction - certain words that should always go together and in fact should be uttered daily. Like Joanna's cat, Joanna's dog, Joanna's turtle, ciao süße ( although neither of these words is actually English) and the triple word treat of Joanna's Braccialini handbag. One day I hope to own the Ark handbag (see above) - preferably before I am so old that my wrists snap under the weight of carrying it. Admittedly it costs much more than I would normally ever pay for a handbag but it's not really a handbag - it's a house.. and a boat! At least then when I cry I could hop in my bag and sail home instead.

***
I am still waiting for Hafiz.
Posted by Joanna No comments: 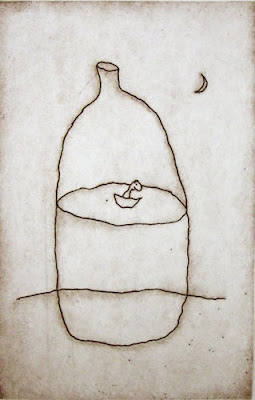 Last night I returned to my Thursday evening English class after two week’s leave. They were so joyful to see me it was like walking into an enclosure full of otters just before feeding time. I know I should take their happiness as a compliment but as I sat down at my desk and looked into their bright, expectant eyes I suddenly felt enormous pressure. Was I really ready to give them the Joanna Show again? Did I even have it in me? And was my skirt properly affixed?( I lost my skirt once in class last year – yep it was just me a t-shirt, some boots and knickers – hmm perhaps they are really coming for the promise of occasional burlesque.)
Anyway I took a deep breath and began by asking them to imagine what flavour ice-cream they would like to be! (I find this to be excellent second conditional practice – and ice-cream makes me happy! I would choose peppermint chocolate or maybe fig just for the chance!) And so the show began.

Yet even as I performed I felt somehow like I was watching from the sidelines. Like I was there but not really there; that I was someplace else altogether. When the show ended everyone left with a big smile on their face but I could feel myself literally shrinking back into my purple docs. Like I was this miniature person sitting at a giant’s table.
I then walked home alone through the dark, cold streets and I imagined the moon looking down on me much like a Michael Leunig cartoon.
I do love Michael Leunig. Both for his drawings ( two of which I have attached to this page) and also for his poetry. Of course Hafiz is still my primo poet squeeze ( I am not that fickle) but there is a sweetness to Leunig's work that I cherish very much.

When the heart is cut or cracked or broken,
Do not clutch it,
Let the wound lie open.
Let the wind
From the good old sea blow in
To bathe the wound with salt,
And let it sting.
Let a stray dog lick it.
Let a bird lean in the hole and sing
A simple song like a tiny bell,
And let it ring.


By the way did you know that today is Thank a Mailman Day. I can’t remember the last time I got anything in the post apart from bills but I suppose that is not the mailman’s fault.