So finally after 25 hours on the train we arrived at our aptly named destination - LONGREACH!!!!!! 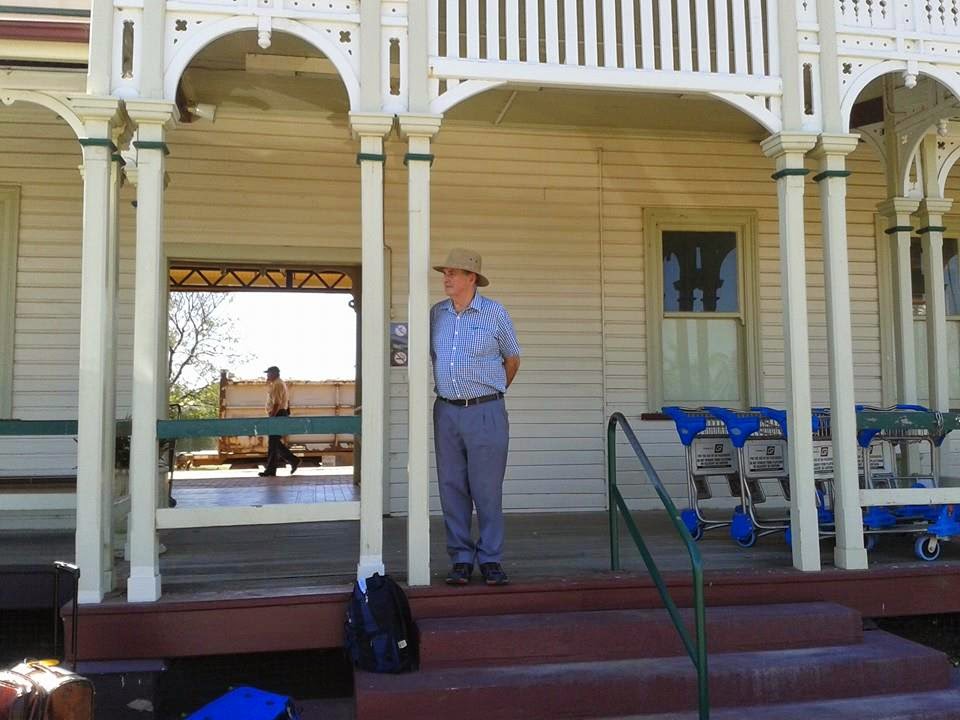 Papa at the station

Now Longreach is generally regarded as the home of  QANTAS although the first QANTAS board meeting was actually held in a town nearby called Winton. 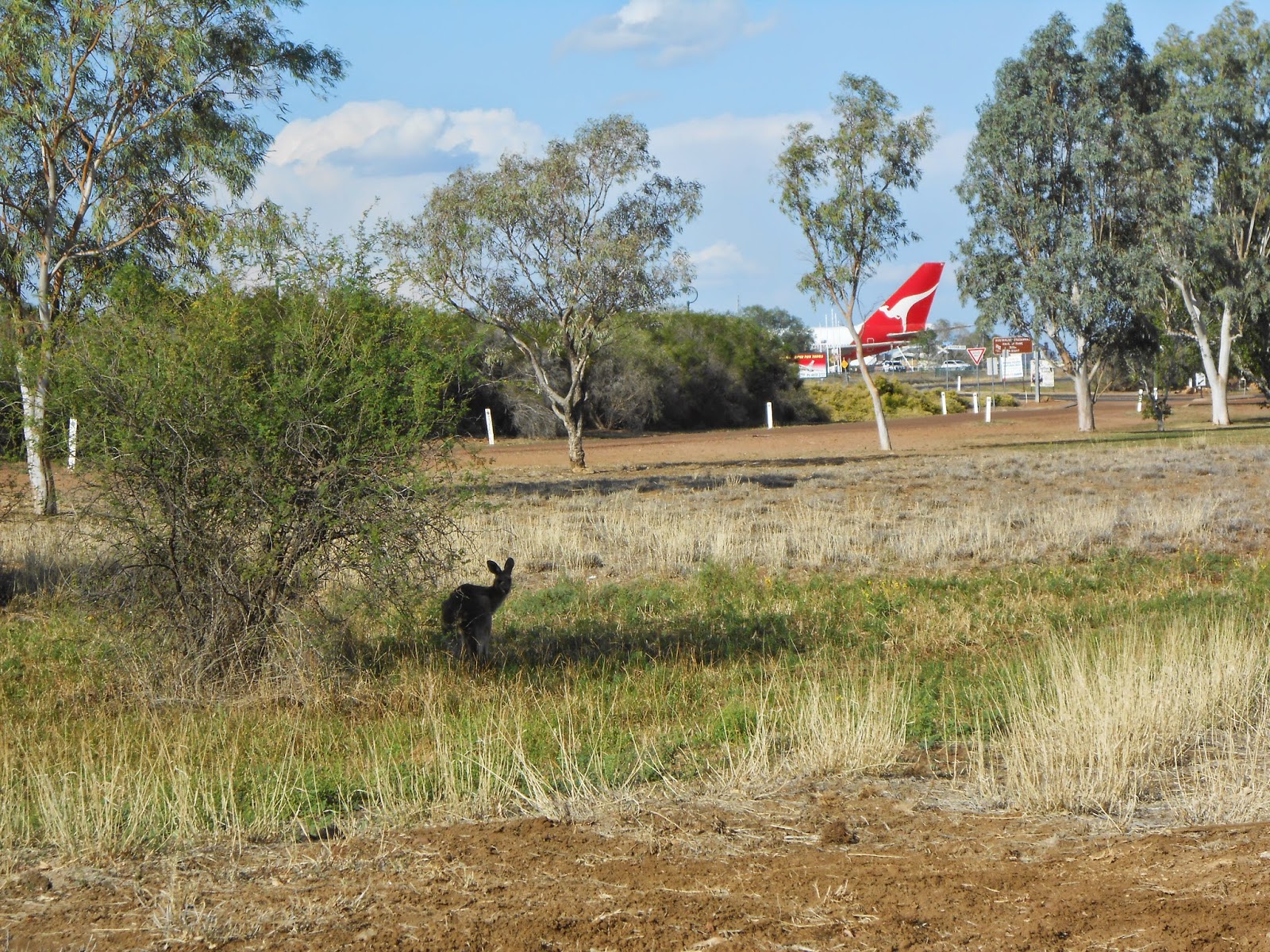 Clearly this kangaroo has decided to endorse the Longreach QANTAS claim
with a bit of strategic product placement. 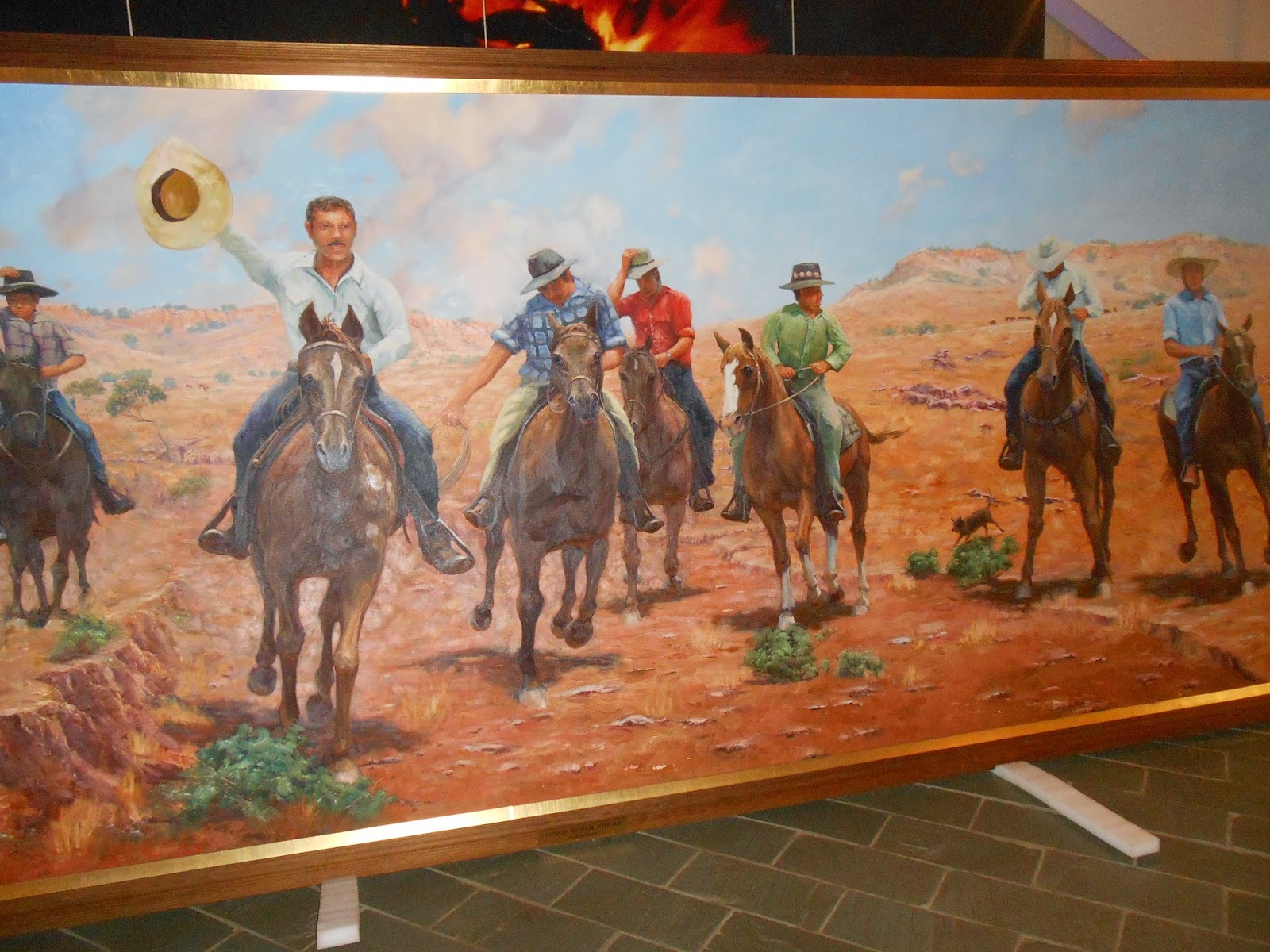 and a very colourful bakery! 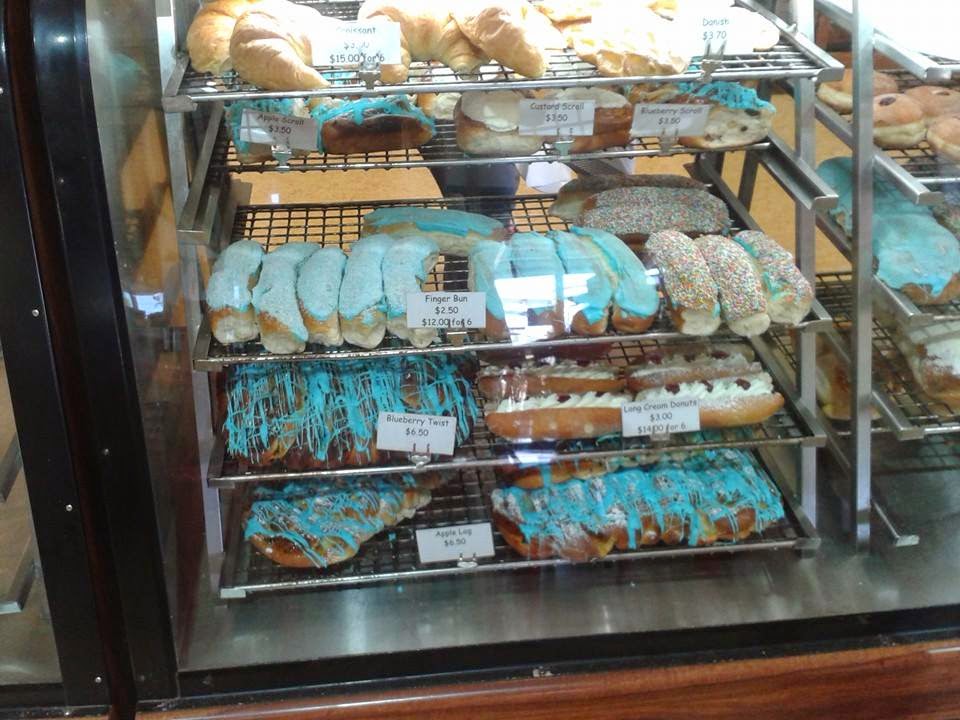 Today's theme was blue - I also saw a rather indigestible green!

Our home in Longreach was a very spacious cabin on the outskirts where we could admire the tail of  the QANTAS Museum jumbo jet from the comfort of our own verandah. 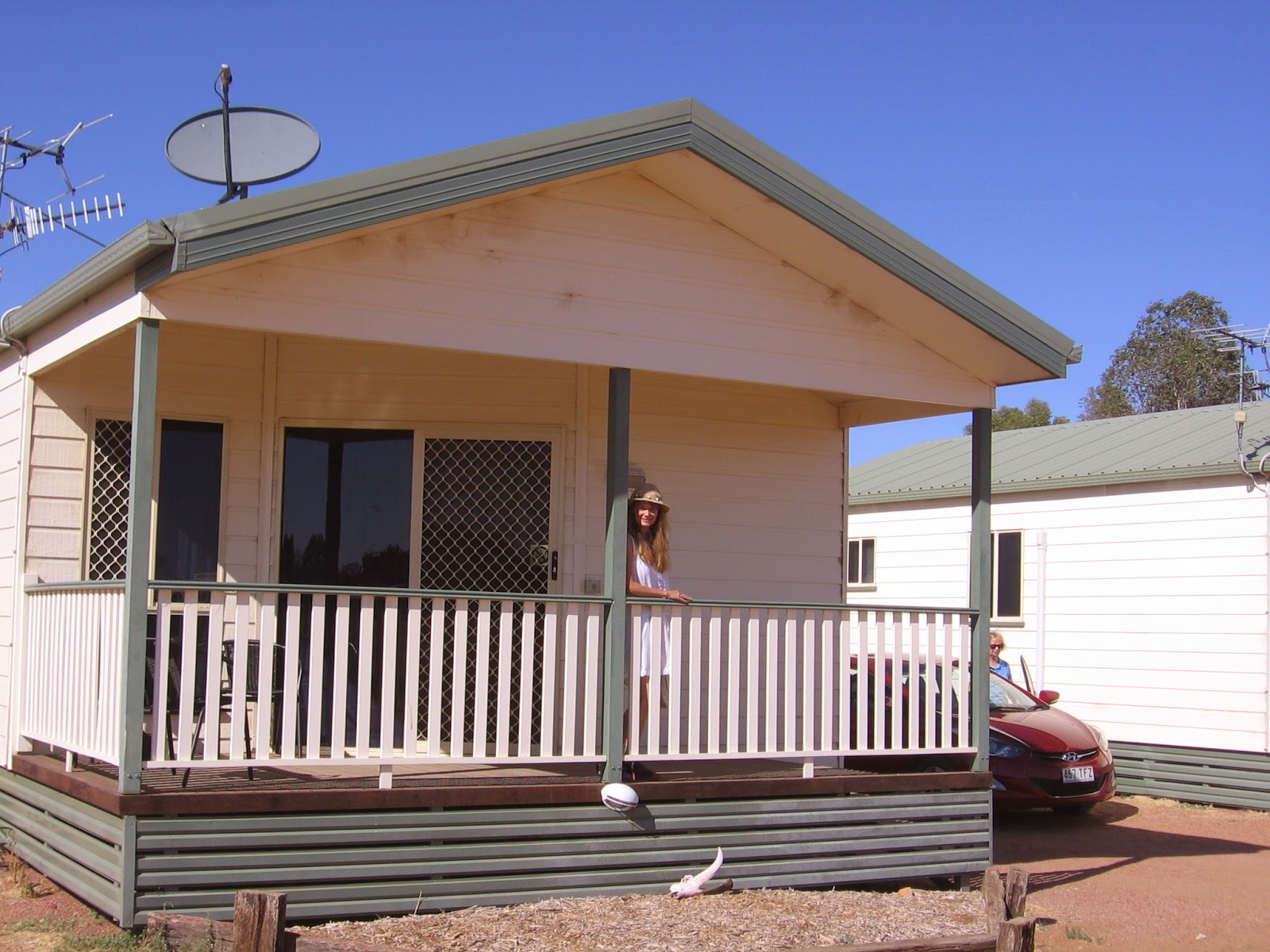 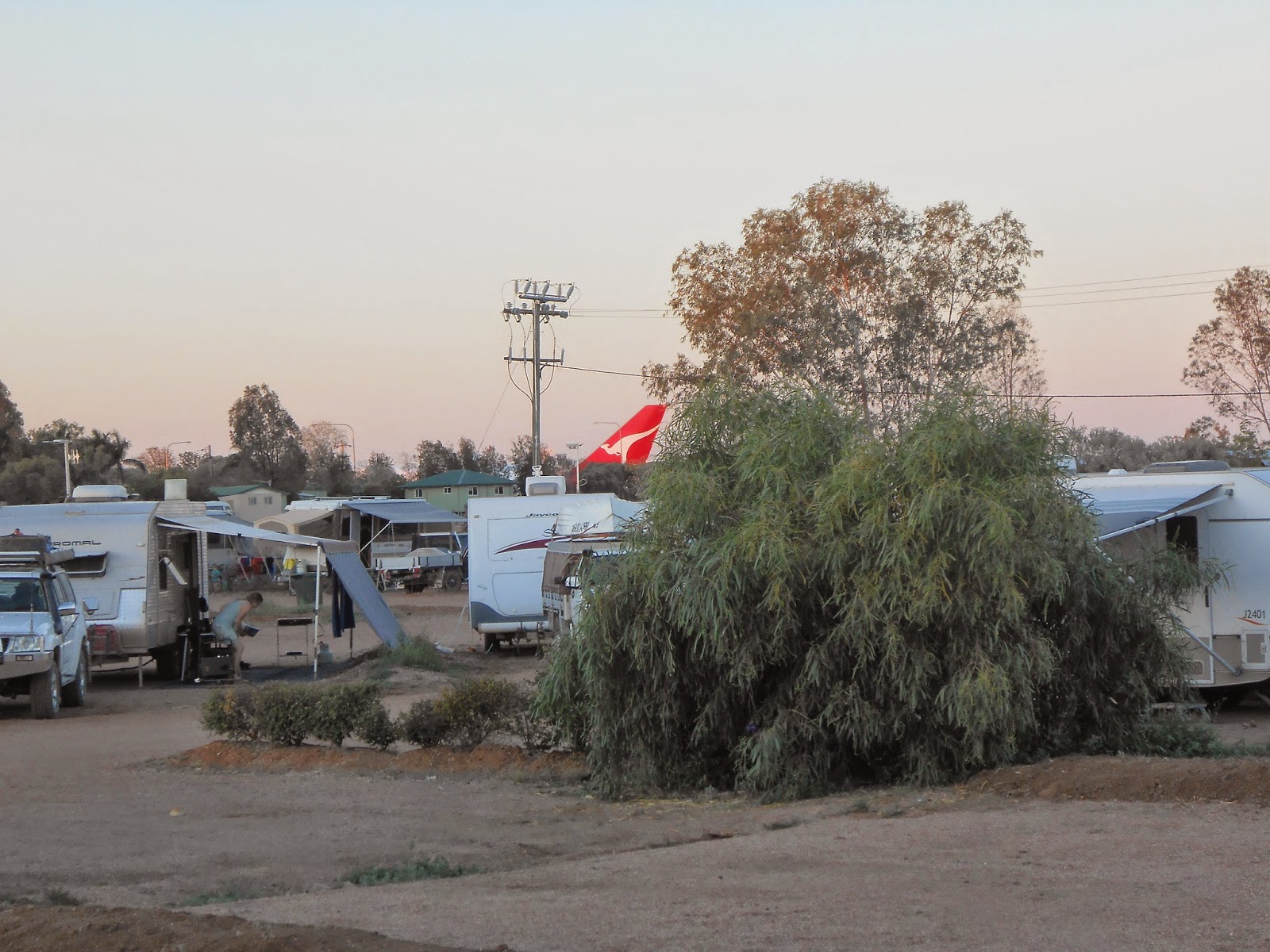