All aboard the rooster 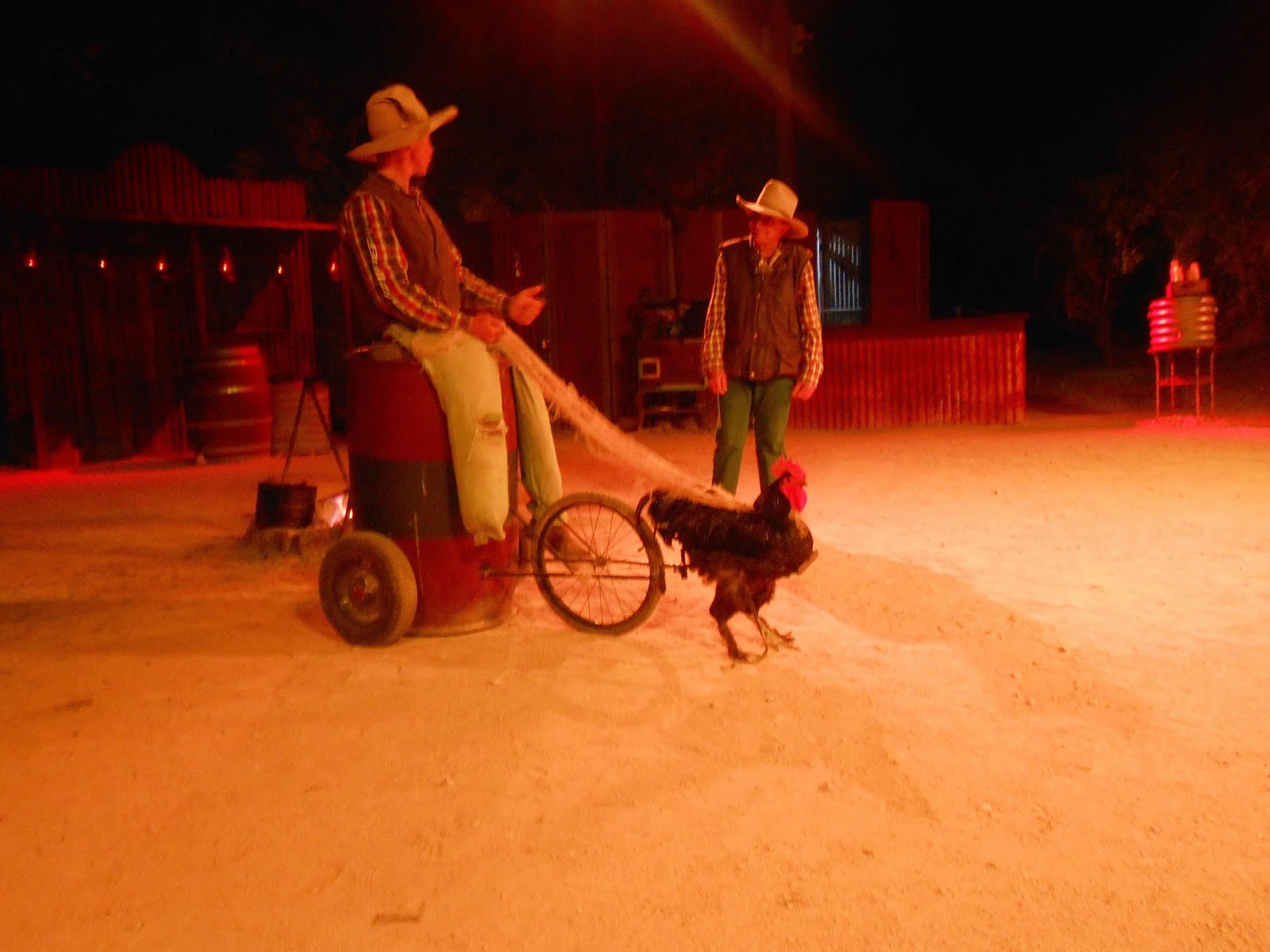 I forgot to mention the night of bush tucker and ballads we had immediately after the boat cruise. I can't quite think why I forgot to mention it because it was certainly very memorable and it was great to see my mum have a giggle. It was run by the company I mentioned in the previous post Kinnon & Co. They are actually farmers first and foremost but recent droughts have forced them to think of other supplementary income so they do not lose their land.  As they so wittily explained they had seen all these grey nomads ( retired folk) constantly passing through town and thought they might be easier to milk than their cows during the dry times.  Ha ! I think they are wonderful. Their humour is irreverent and a tad un-PC a times but they are hardworking, sincere folk who genuinely try to give us city slickers a taste of the outback and the heritage that perhaps we have never really understood. Mum was especially taken by the rooster carriage which I assure you  ( despite how it looks) did not cause the chicken any discomfort whatsoever. Actually it was gorgeously happy bird who liked nothing more than wandering round, scrounging for a pat or a cuddle.