The Spirit of the Outback 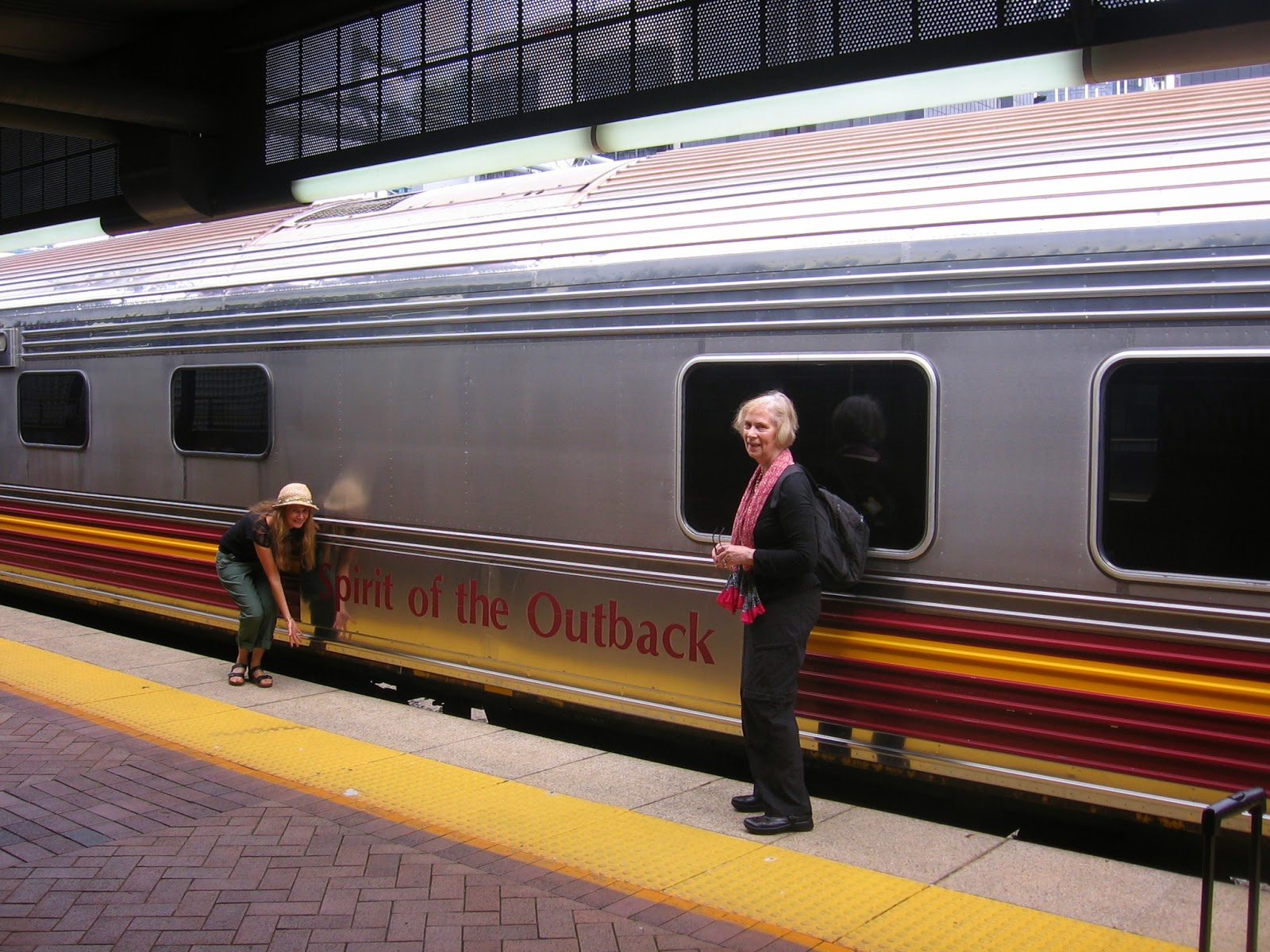 So my wonderful parents planned a surprise trip for the three of us while I am in Australia. Even my mother, who is the world’s worst secret keeper, managed to ‘ keep mum’ ( ha ha) until I got here. I did, however, manage to glean that the holiday involved a train trip thanks to the blurtings of a local dentist nurse, a nice Anglican woman  and a painter I met in the Kenmore toilets.  Brisbane, you must understand, is really quite small and I think my parents had managed to tell every soul of their plans except me - of course!
Apart from the train aspect of the trip though I had no idea which way we would be heading although due to  basic geography I was able to deduce it had to be north, south or west as east would surely end abruptly in the Pacific Ocean.

It has turned out to be west. Fantastic. The Outback.  I have never been to woop woop in the truest sense of the word. 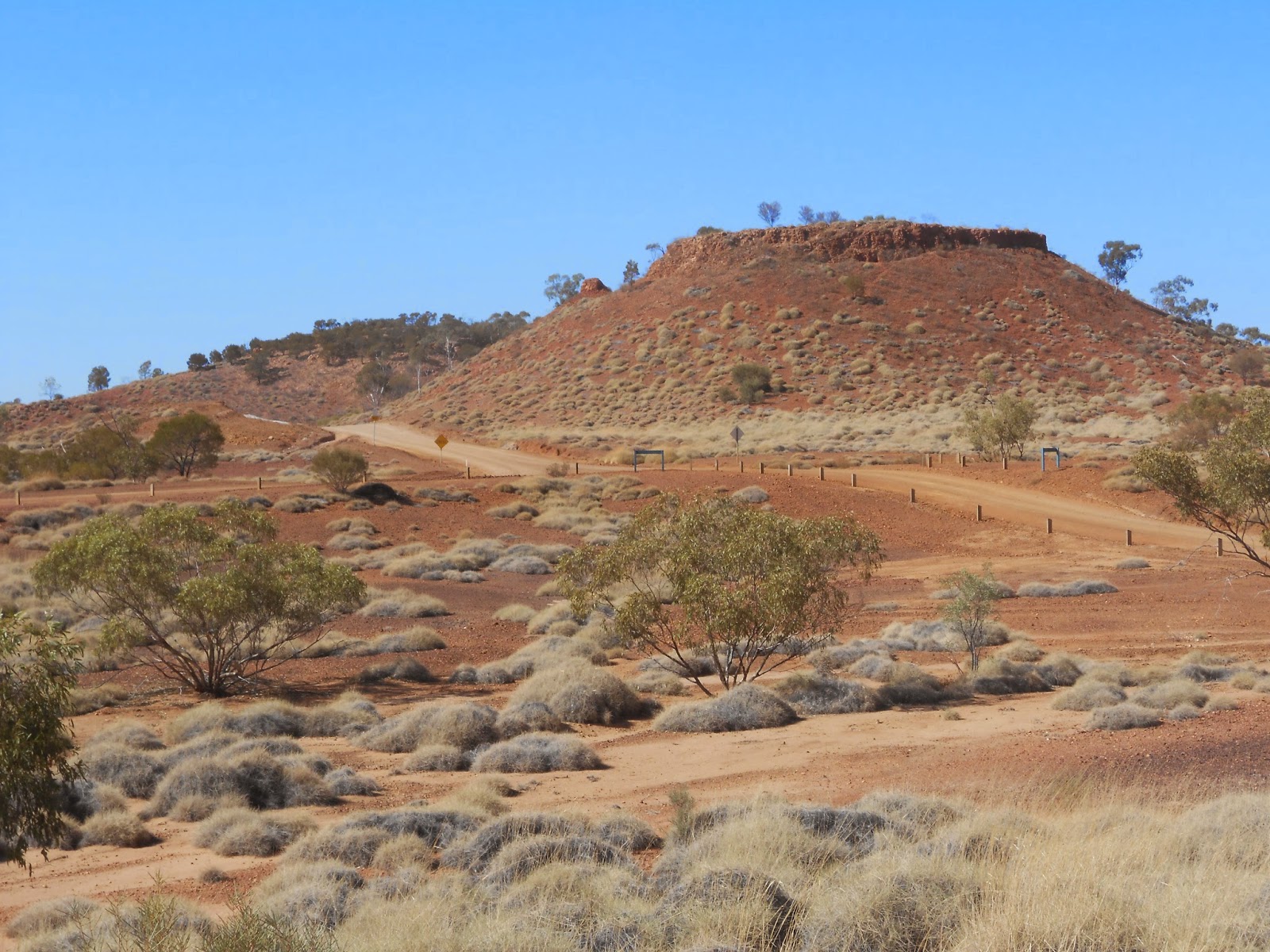 Now clearly the only way to go to woop woop is on 'The Spirit of Outback'  and while I was all geared up for a bit of rough second-class pleb action, my parents sweetly bought me a first class ticket so I could hang with all the grey nomads and have rum and coke from a real glass. 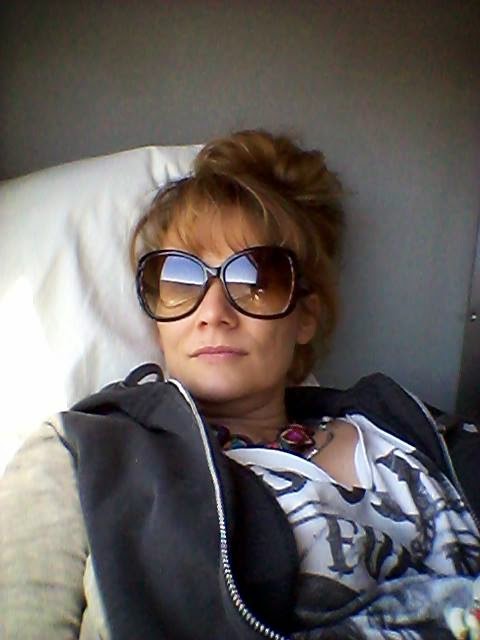 Lounging in my crib! 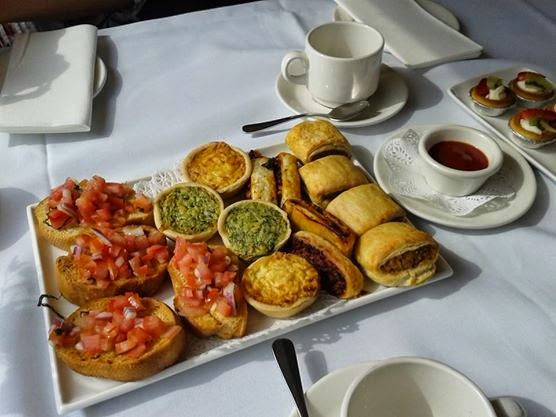 Afternoon tea for us firsties!!!

And then  a little later it was time for the driver's afternoon tea which he thoughtfully shared with the birds. 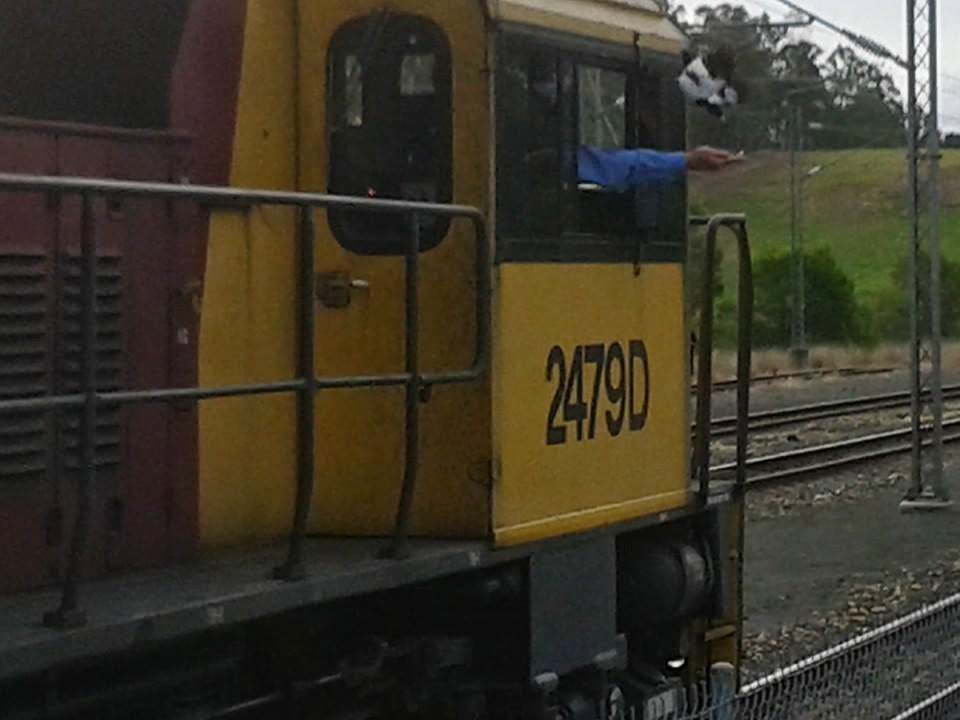 The first part of the trip took us through the sunshine coast hinterland. Lush green foliage, pretty little stations ....
but by morning time the scene had  changed. 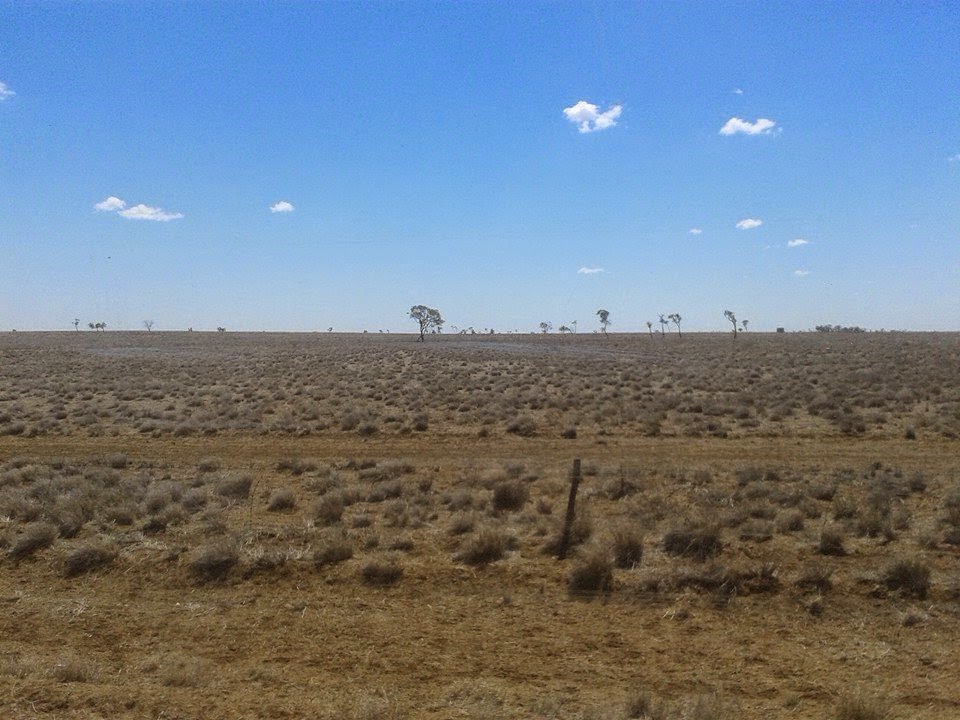 Beautiful, harsh,  tortured too. So many dead cattle and sheep.  Ravaged by drought so even their bones remain contorted in the shape of their last breaths. Truth be told, I don't think farming belongs in this world. I saw plenty of kangaroos and emus too but they seemed far more adapted to this unforgiving and endless sweep of land. 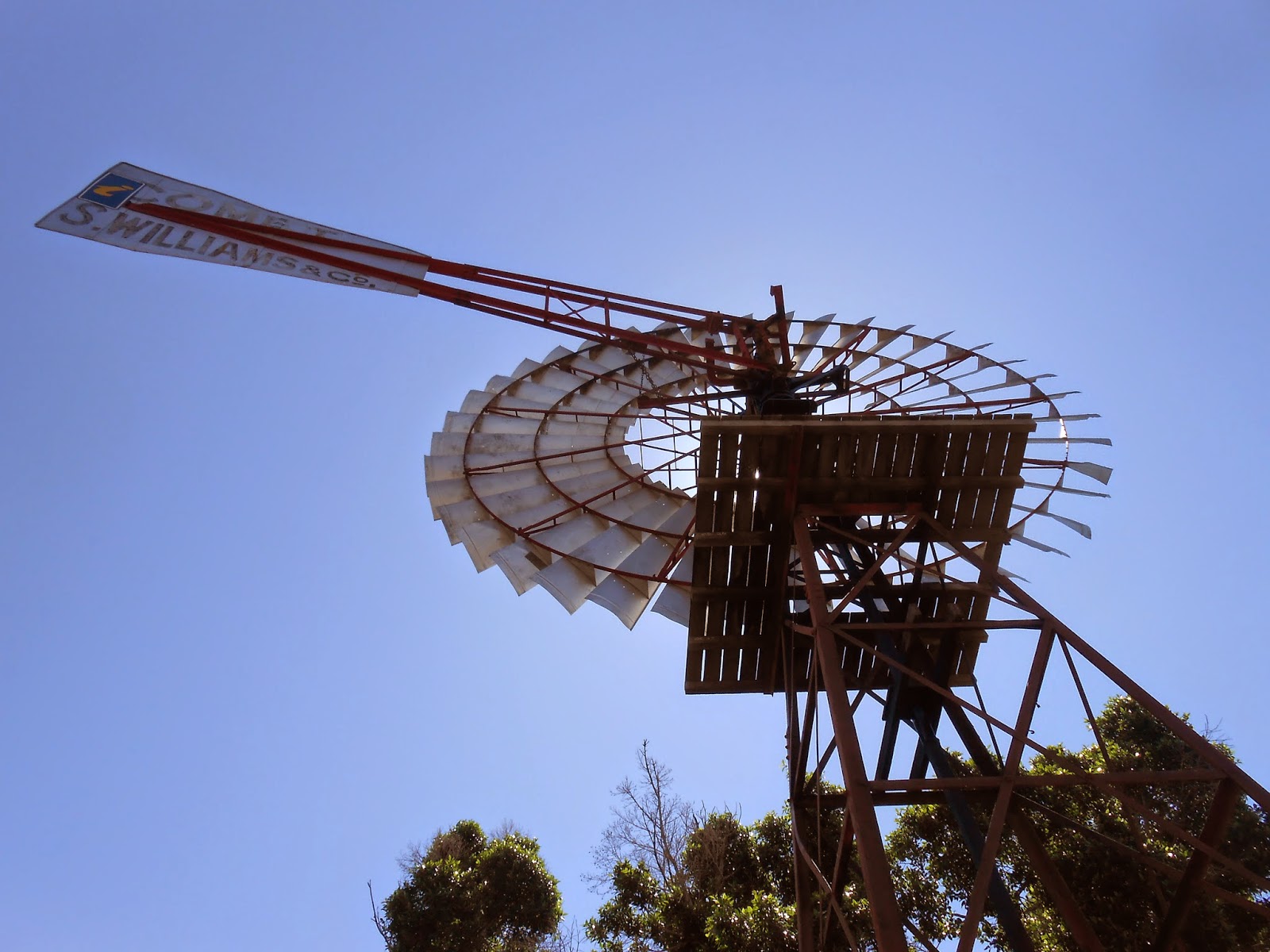 At Barcaldine the trained stopped to load some goods  so I went out with dad to stretch my legs. Barcaldine is the home of the Tree Of Knowledge which is bound to moisten the eye of any Australian with a left-leaning heart for two related reasons. First, it played a significant part in the Australian Labour movement leading to the birth of the Australian Labour Party. Second, this magnificent silent witness to history was callously poisoned in 2006 so that all which remains now is the preserved shell of the tree which has been turned into a memorial. 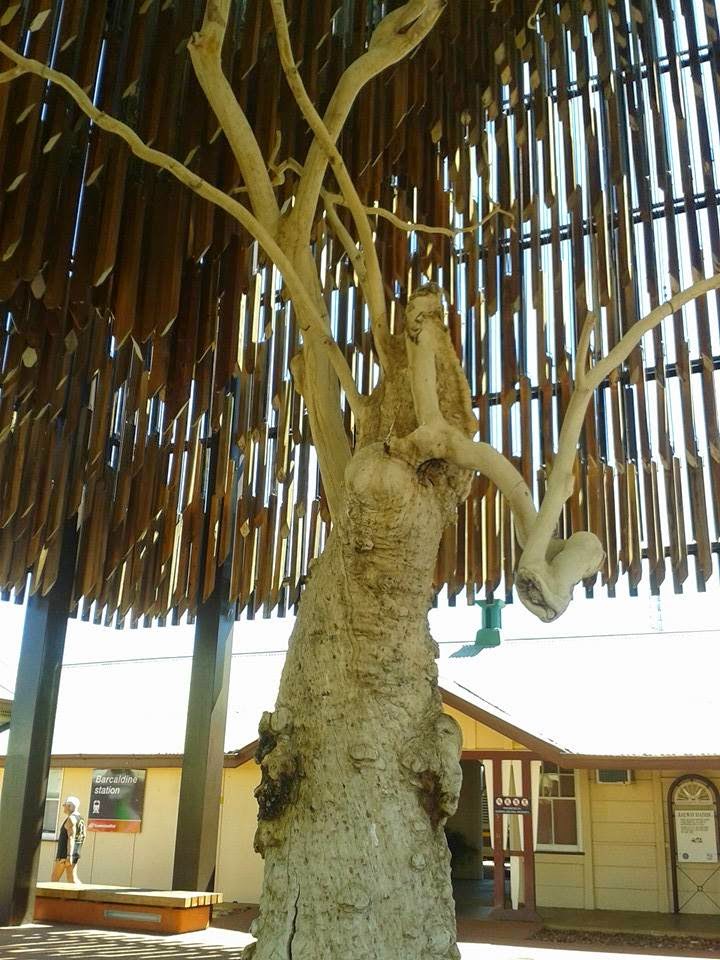 The Tree Of Knowledge

Now why  anyone would ever deliberately poison a tree is beyond me but then given the current conservative government's environmental policies I suppose it is hardly surprising!  Fortunately some seedlings from the original tree were rescued and are being nurtured in a building nearby.