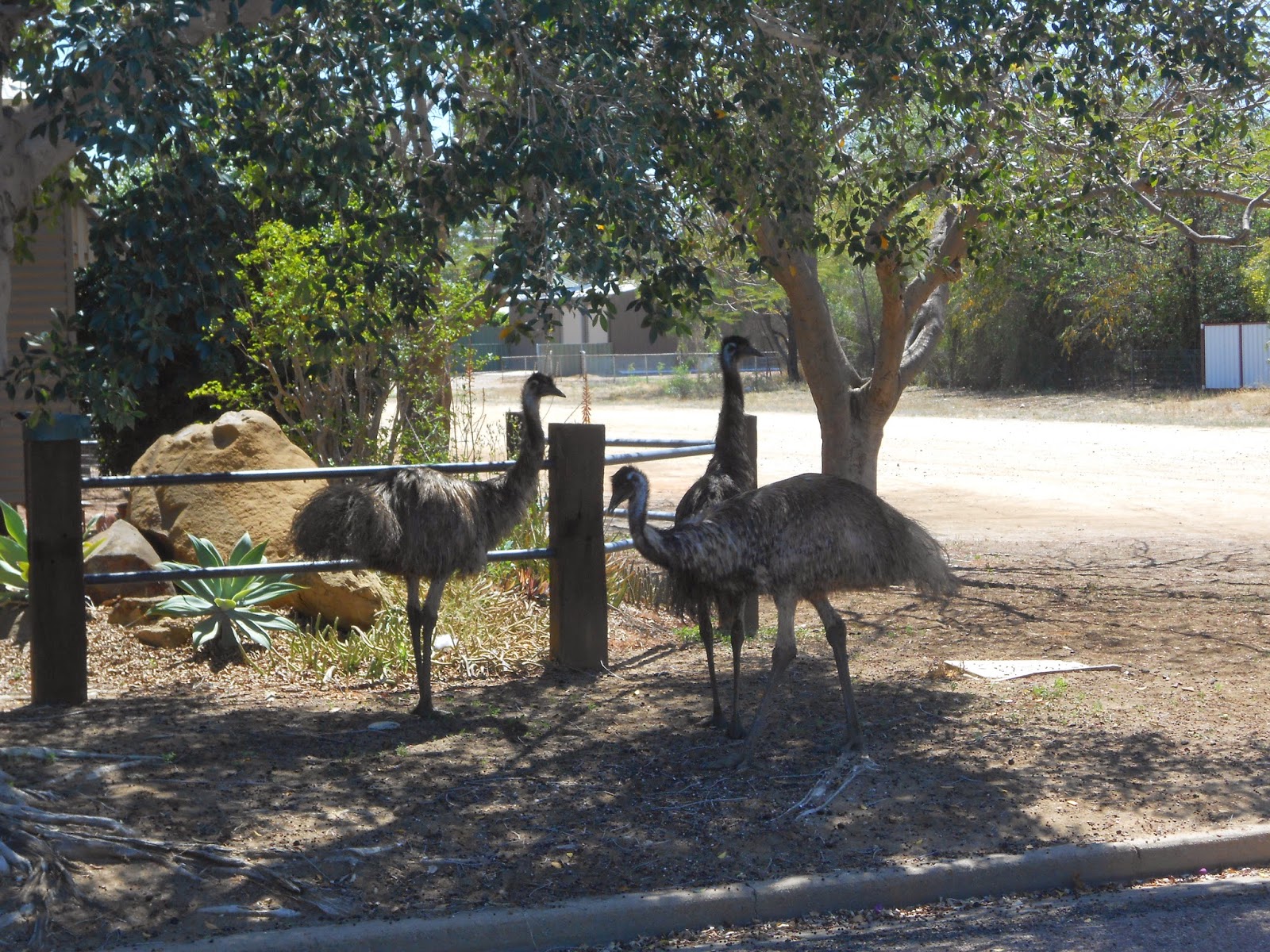 Now as my one reader may recall back in 2012 I went for a fambly holiday to Norfolk Island and was rather taken by the feral wet hens (FWH) that roamed freely in the paddocks. Alas, there have been no such sightings here in the outback  although I did see two chickens have a good waddle and cluck down the main street before disappearing behind a pub.

Instead though I have discovered a mob of emus that parade the gardens and streets of Longreach in quite well thought-out formations. 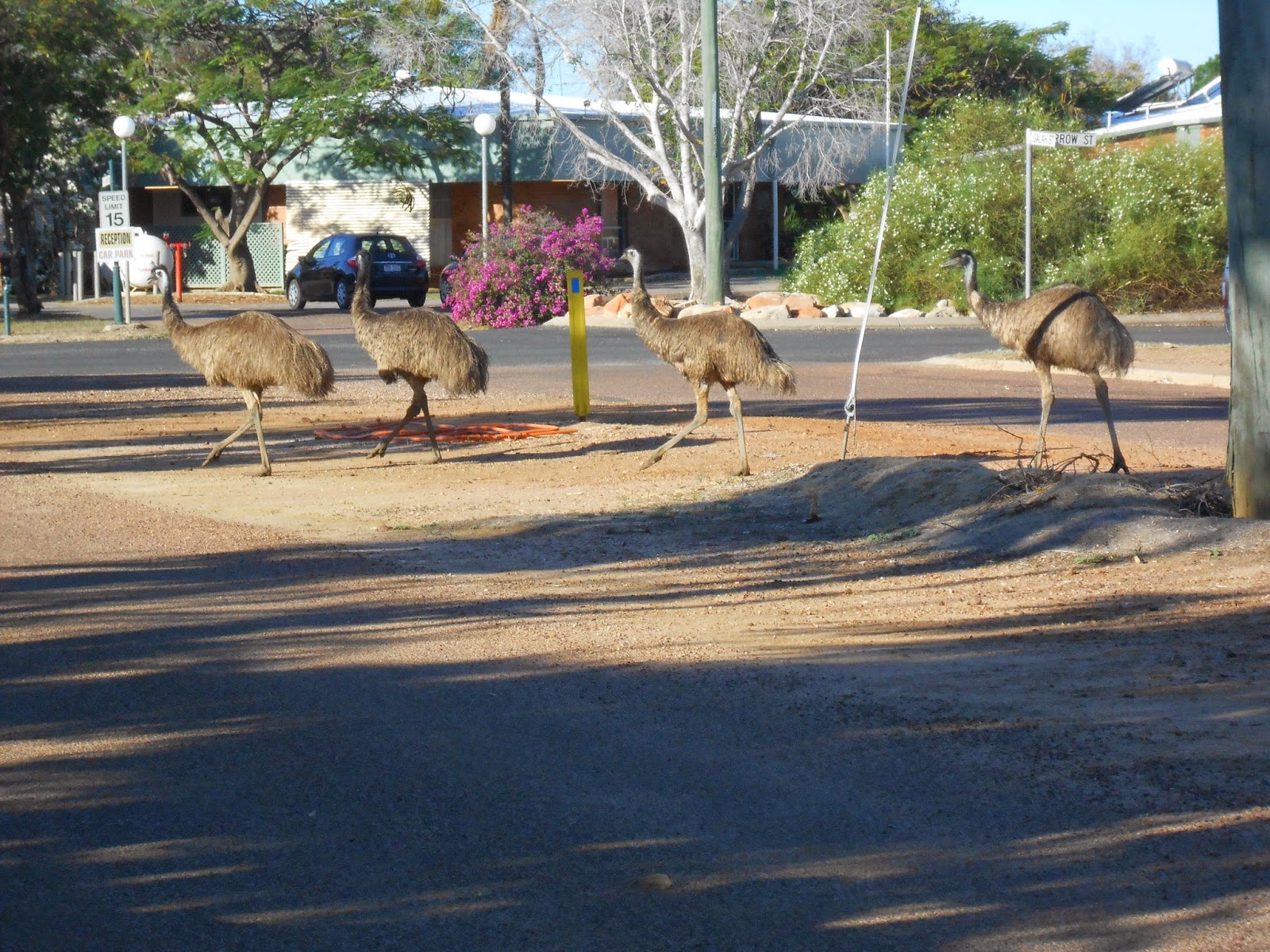 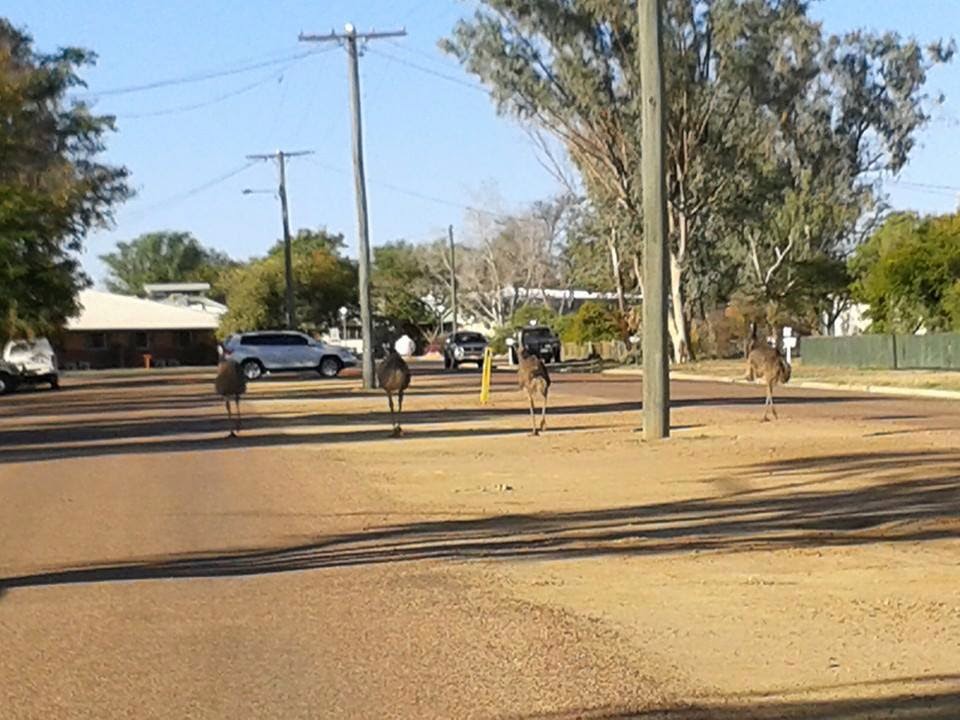 They even managed to arrange themselves (along with some passing kangaroos) into an impromptu tribute to the Australian Coat of Arms. Those emus...genius I tell you 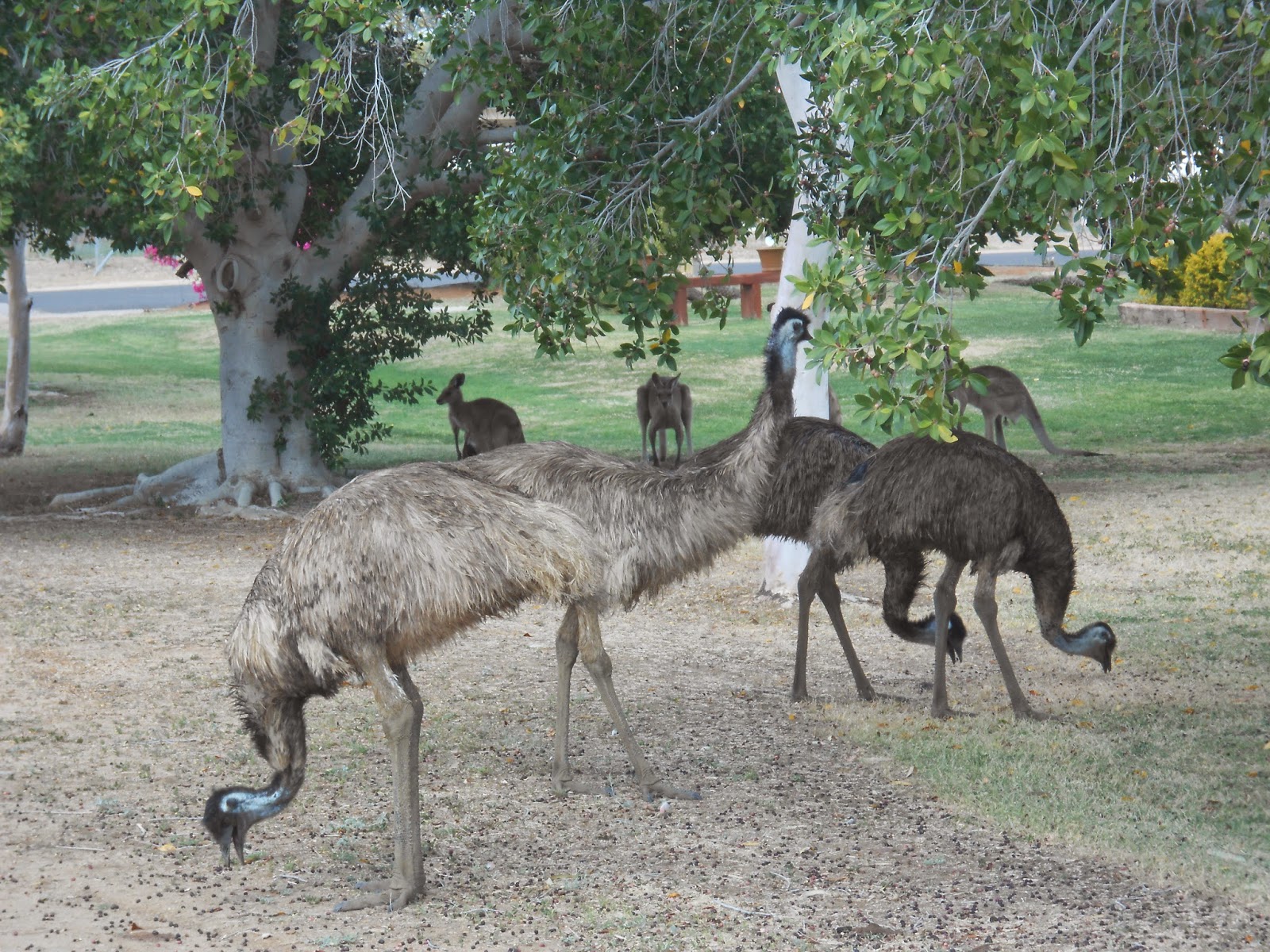 The bird action does not stop there though.  I  saw some brolgas too and while I must say they lacked the patriotism and formation aplomb of the emus, they had rather lovely red bonnets on their heads. 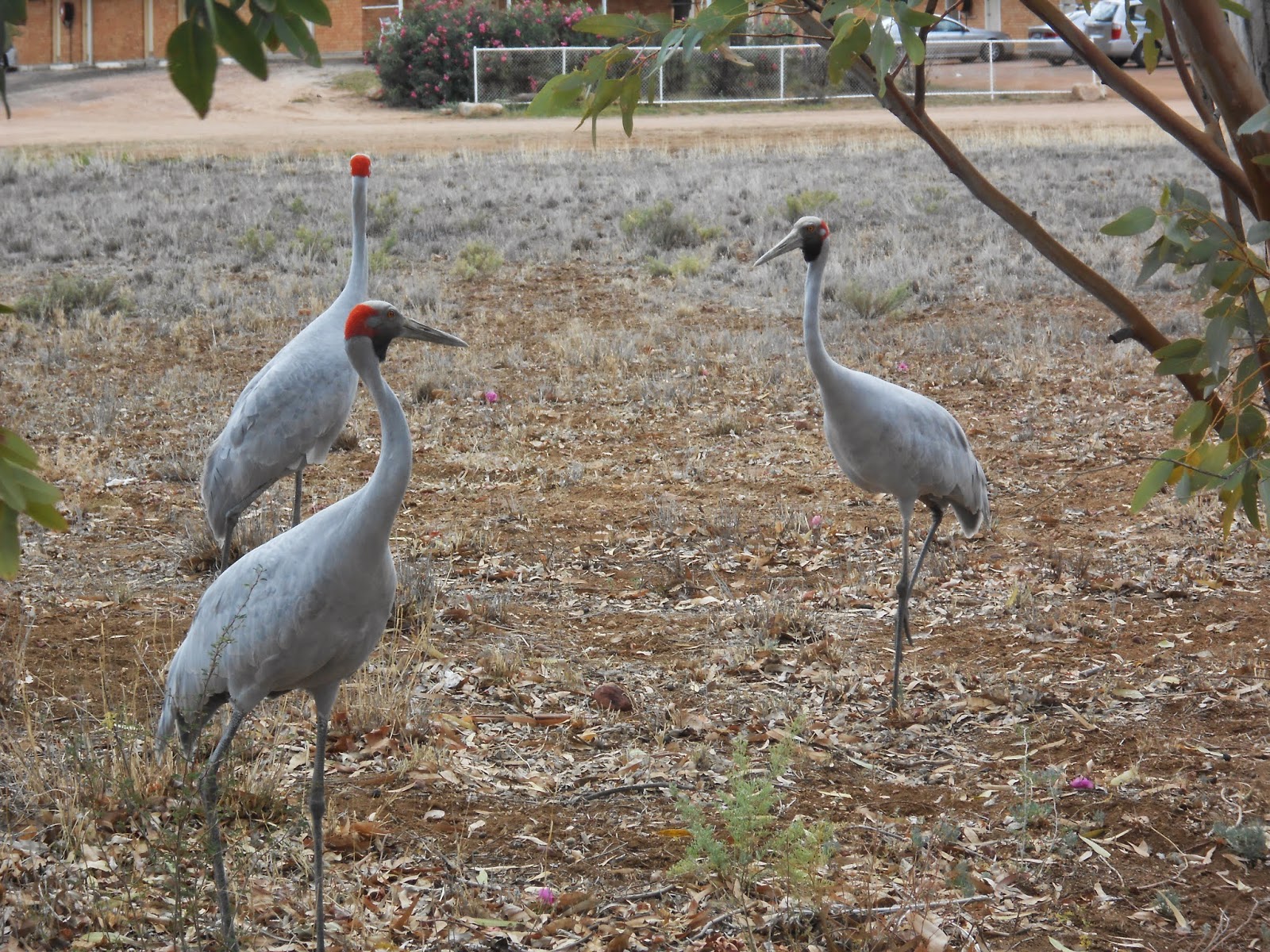