On the rocks - a prognosticator's tale 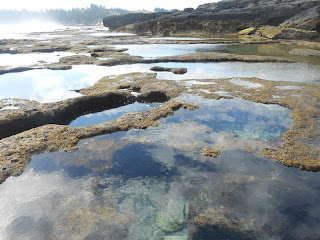 So in the afternoon dad and I decided to engage in a little marine biology down at Emily Bay. Dad had read the local beach reports and there was supposed to be a low tide early in the afternoon. Mother decided not to partake in our scientific expedition, preferring to prognosticate  from the cliffs about the potential of 'freak' waves and the perilous nature of rocks when wet.

It was actually very enjoyable nearly slipping on the rock pools round the bay which are usually covered by angry thrashing high tide waves.

I followed the lead of the head marine biologist - 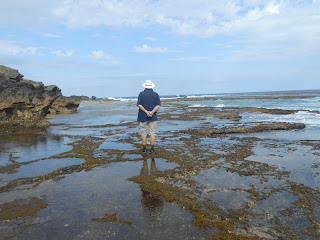 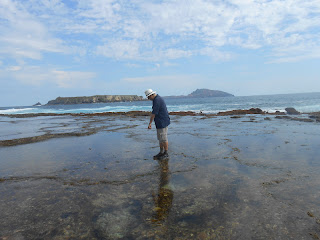 who pointed out many a fishy thing! 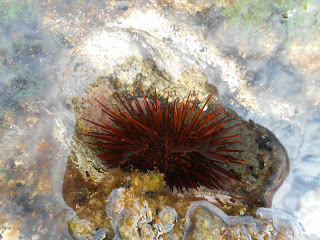 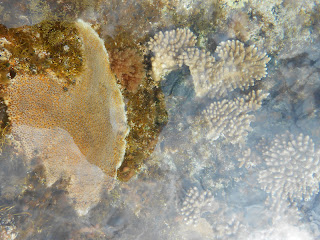 Can't really tell you what these are pictures of  though - perhaps the  Marine Biologist title was a bit ambitious. Intrepid Rock-Pool Inspector might  be a little more accurate. 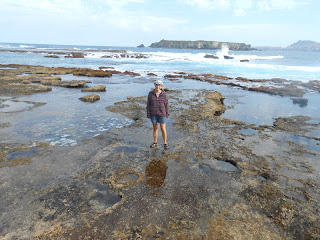 After a while we tired of the pools in the bay and decided to follow the low tide around the edge of the cliff where the deeper and more exciting pools lay. (More prognosticating from above was heard.) 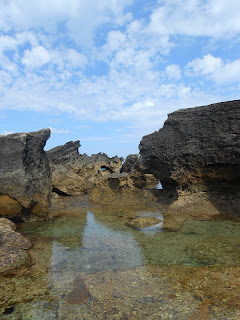 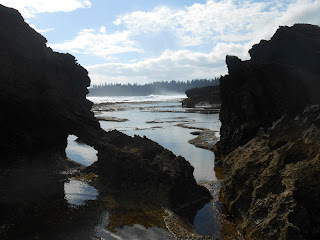 Then out of the blue, in a smallish perhaps even freakish manner, a couple of rogue waves came rushing in and up to our knees. 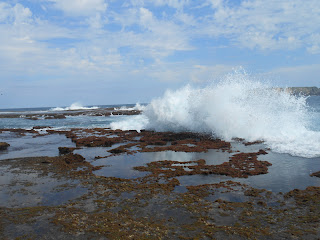 The head marine biologist grinned but I have to confess I did feel a little bit uneasy and wet - rather like the hens I imagine! I also began to wonder if we were at at the tail end of the low tide and after a short discussion we both decided to climb up the cliff edge rather than navigate our way around the bay again.

Still it was fun while it lasted...and the prognosticator got to wag her finger in the car all the way home. So it was win-win really. 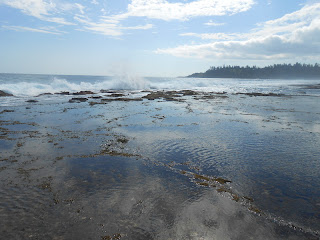