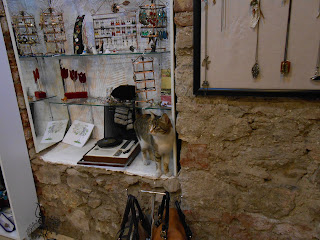 So the second day in Istanbul was one of those blue sky days that make you grateful your parents had sex. Even better there was a small garden full of joyous, playful cats which I could watch (and surreptitiously feed) as I had breakfast. Not that I think the Turkish mind if you feed the cats anyway. They all look very plump (the cats that is) and are extremely friendly  which suggests that they are well-treated even when homeless. Example: Regard the cat on above who was given free rein of a very trendy ( and not cheap) shop near the Galata Tower. 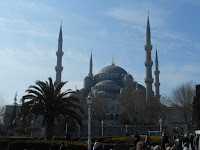 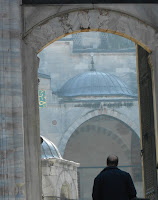 Anyway we started our blue sky morning by visiting the Blue Mosque. This is the fourth time I have been to this mosque but I never grow bored of its wonderful lights and the vastness of its dome. I like the fact that it is still functioning and it feels lived in and warm.
What amazed me was that they told me I didn't have to wear a headscarf. This is the first time I have been to a mosque and they said it was optional. Curious. 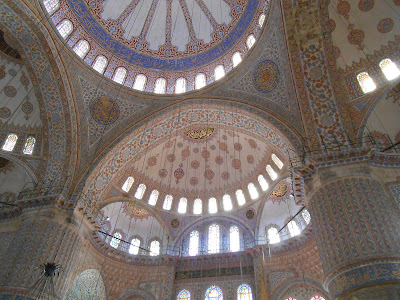 After the Blue Mosque one must of course indulge in the Byzantium splendour of the Hagia Sofia. 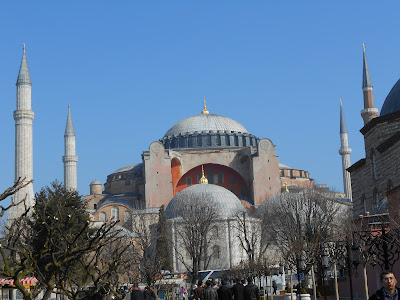 Whenever I see this magnificent building I always feel like I am on Planet Naboo (you know - sector capital of the Chommell Sector near the Outer Rim territories ) and that  Queen Amidala is going to invite me in for tea. No Queen today but there was a cat in the main hall basking in her own golden glory. I think she was enjoying the heat from the light ...and the attention. In fact she attracted more interest than all the late antiquity architecture surrounding her. Fair enough heh heh. 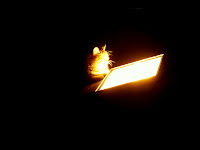 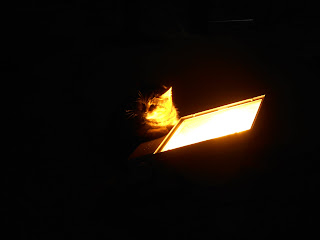 Still the church-cum-mosque-cum-museum is a very lovely building and further photographic evidence of attendance was obviously required. 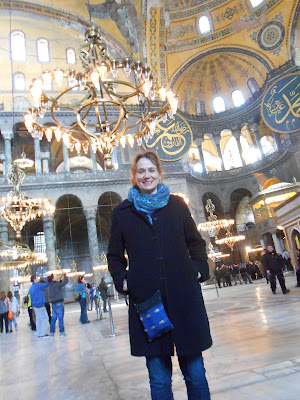 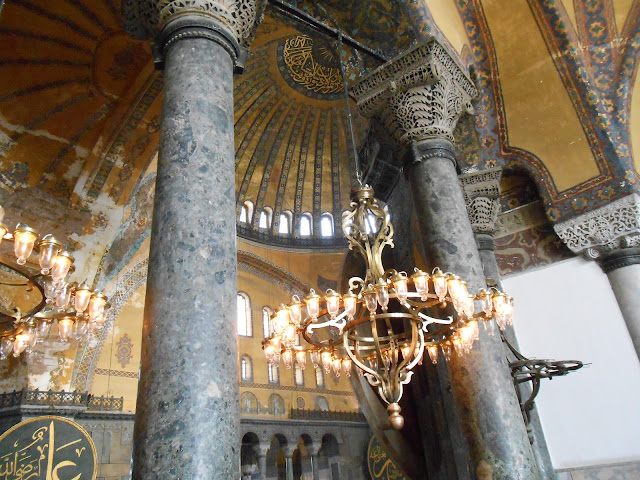 The blue sky afternoon saw Rita and I take to the Bosphorus on a boat cruise which was a little breezy but full of friendly traveller folk and some rather loud Turkish pop. 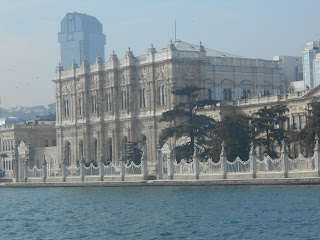 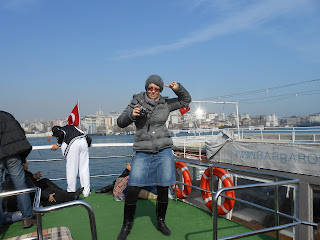 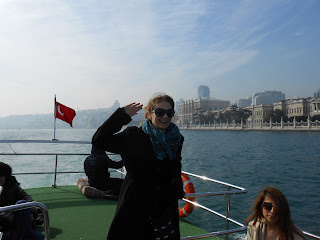 We then ended the day with an inspection of the local fish market... 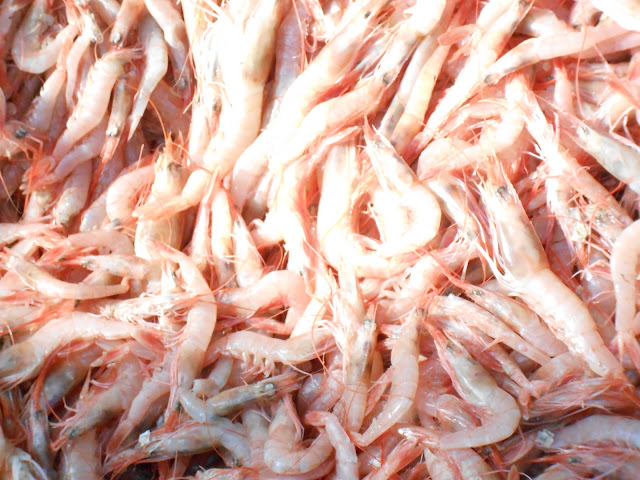 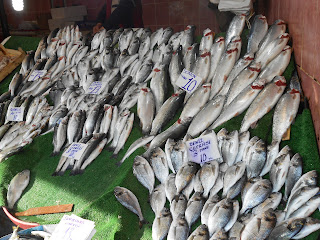 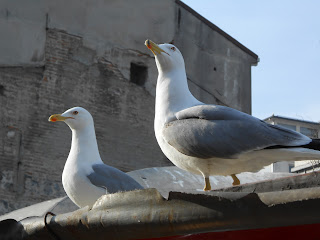 which was being overseen by a couple of gulls 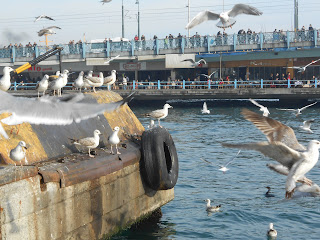 their extended families
and an inner-city rooster!!! 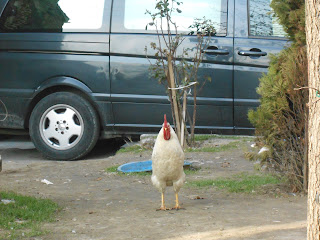