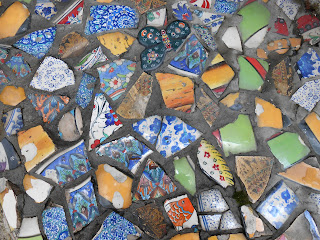 So I had the most incongruous start to my Istanbul sojourn with the arrival of six devastatingly handsome French men on my 6 a.m. tram to the train station. One of them even asked me if I spoke English, which given their French-icity, was probably even more incongruous than their collective beauty.  As I am not one who is normally entranced by French men ( unlike the rest of the English speaking world) you can understand how unexpected this was for me.
The rest of the trip was uneventful apart from a small metro mix-up at the other end and a general inability to read maps.
Once we were unpacked and had admired the spaciousness of our room ( swinging cats - not advised!!) , Rita and I headed to The Pudding Shop to eat.. Unfortunately the meal was very greasy.

After we went strolling down to the Bosphorus which was lined with men fishing from the Galata Bridge. I have an inexplicable fear of fishing rods so crossing this bridge was rather challenging for me but the joy of being in Istanbul made me super brave and bold.

We then climbed the Galata Tower for a view of Istanbul at night. Actually, I lie. We didn't climb it. There was a lift. But I did climb this tower back in 1996 before elevators were invented so a little past kudos to me. 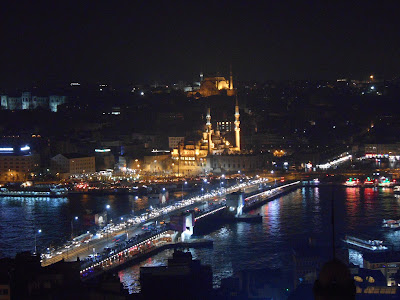 The evening finished at the Kybele bar which has the most wonderful array of lamps and plush velvet couches in which to sink one's weary bottom
. 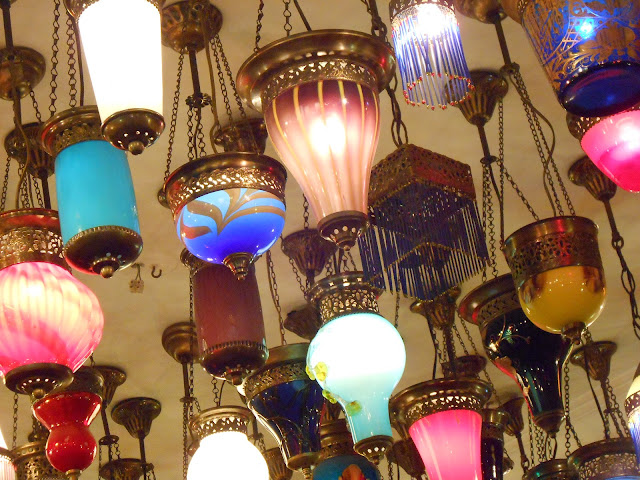 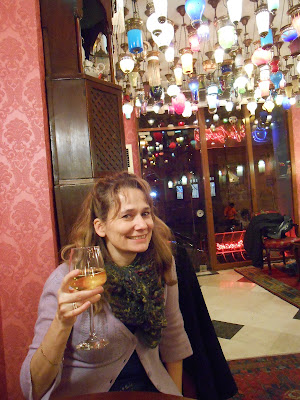