Festival of the stomp 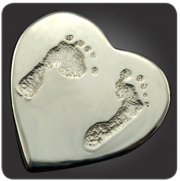 You know when I moved out of my apartment back at the end of October my landlord was super nice. Everything was hunky dory. No problems. Lots of 'schon' and ' wunderbar' and ' kein problem.' When I mailed him a week later about returning my deposit suddenly things weren't so hunky dory after all. I received a mail back listing all manner of problems that he had with the apartment as well as a short spiel on how much cleaning he had done (which is bollocks because I spent the weekend scrubbing that place!) Many of the problems I know for a fact had nothing to do with me e.g. the central heating, the bathroom ventilator etc so I rang him and muddled my way through as best I could  in German! Anyway about halfway through he asked me if I had house insurance (which I do - good Swiss resident that I am.) Well suddenly his voice became light again almost jovial. Oh well then this is no problem. I can use  your deposit on all those things that you didn't do but I'd like to fix up since, well, there's some money going spare and you can claim it back on insurance. Everybody's happy then!
It actually made me feel sick becuase I could see the scam unfolding before my eyes.
In the end I have decided not to claim insurance as I do not want to admit fault for things that are not my fault and I can't fight him as I have neither the language skills nor the strength to do so. So i will just let him keep my deposit because luckily I am rich in imagination and hopefully  that should feed me when my finances can't.
Sometimes I feel as if my heart has not only been dragged from out of my  body this year but there has been some sort of  festival-of-the-stomp convenved to make sure it never really finds its beat again!


***
Still I had a positive mail from an editor today who really likes a story I wrote about  a man who is responsible for keeping broken hearts - apt really! So there is a chance of publication there which is great!
Posted by Joanna