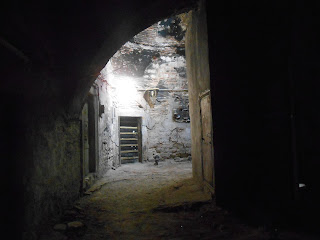 I feel like the trifecta of awful is now complete: Brexit, Trump and now the Turkish Referendum. It was such a ride yesterday too. Watching it all unfold, chatting with friends in Turkey and Germany as the tide seem to be changing towards the NO vote. Hoping with each count it would push us over the edge. And then the silence as we all fell away to deal with the result in our own private ways. A friend posted a video of people banging pots in Kurtulus  where I used to live.  I love this Turkish practice of banging pots in peaceful protest. I remember back during Gezi Park, every night the sloping streets would fill with the sound of clanging metal; Three Paw lounging on the street while the police jack-boot marched around her.

This is a terrible result. I am growing tired of fundamental change being thrust onto citizens with margins of 1-3%. It is an insanity. In real terms one can honestly say about half the voters said YES and half said NO and this does not a mandate make. Especially one as sweeping as this. When Governments want to enforce radical change on their people, the bar should be higher, 60 % even 70%. It should be convincing, it should show a clear will of the people. Not a limp over the finish line with not a single major metropolis voting in favour of it either. I feel devastated for Turkey and for all my Turkish friends who have watched their country being dismantled by the blind ambition of one man.

Yes, the people spoke yesterday but what they said was they were divided, that there was no overwhelming desire for change. That they were uncertain, they are polarised, they are not unified.