So  I spent the first two nights  in an elegant, wooden terrace house painted pastel blue in one of the more ramshackled-looking areas of old Tbilisi. Steep cobbled streets, dim lighting if any at all, colourful lopsided building with flowering trees and mysterious dark courtyards.  Beautiful.
The insides of my home were rather spartan, noticeably less heat than my little bones might have liked, but the two women running it were friendly and enthusiastic.
Georgia is the only country I have ever been to where they put out complimentary home-brewed wines as a welcome. Nearly every Georgian home makes their own wine using a queri ( a clay pot) which they keep in the ground.  They have been doing this for centuries and centuries. Wine made this way is unfiltered and chemical free, rich with antioxidants, and seems to slide down the throat easily with little hangover the next day.

I have a feeling that the abundance of wine ( and their deep love of it) may be responsible for more than one of the joyous sculptures I found dotted around the old town. 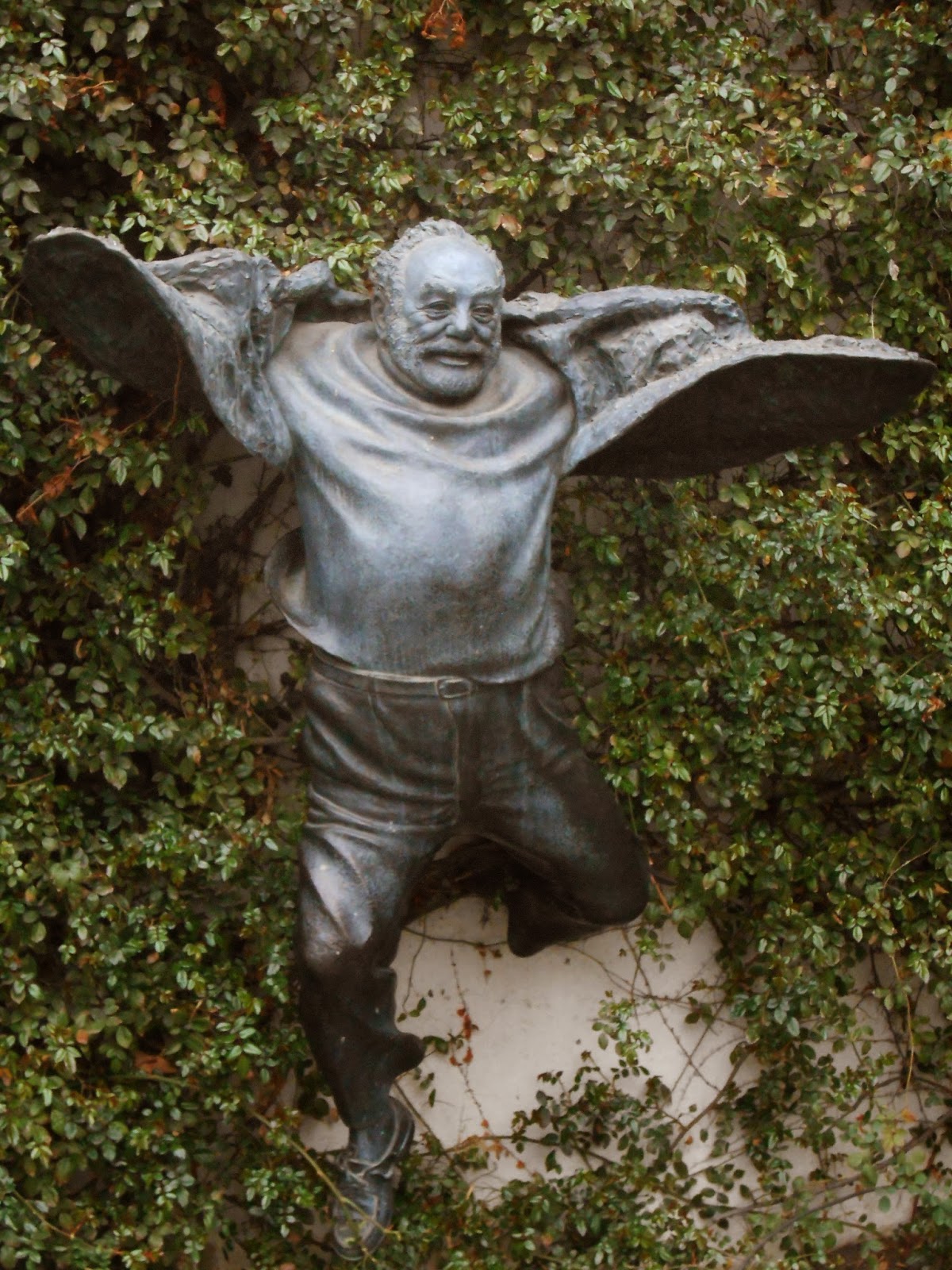 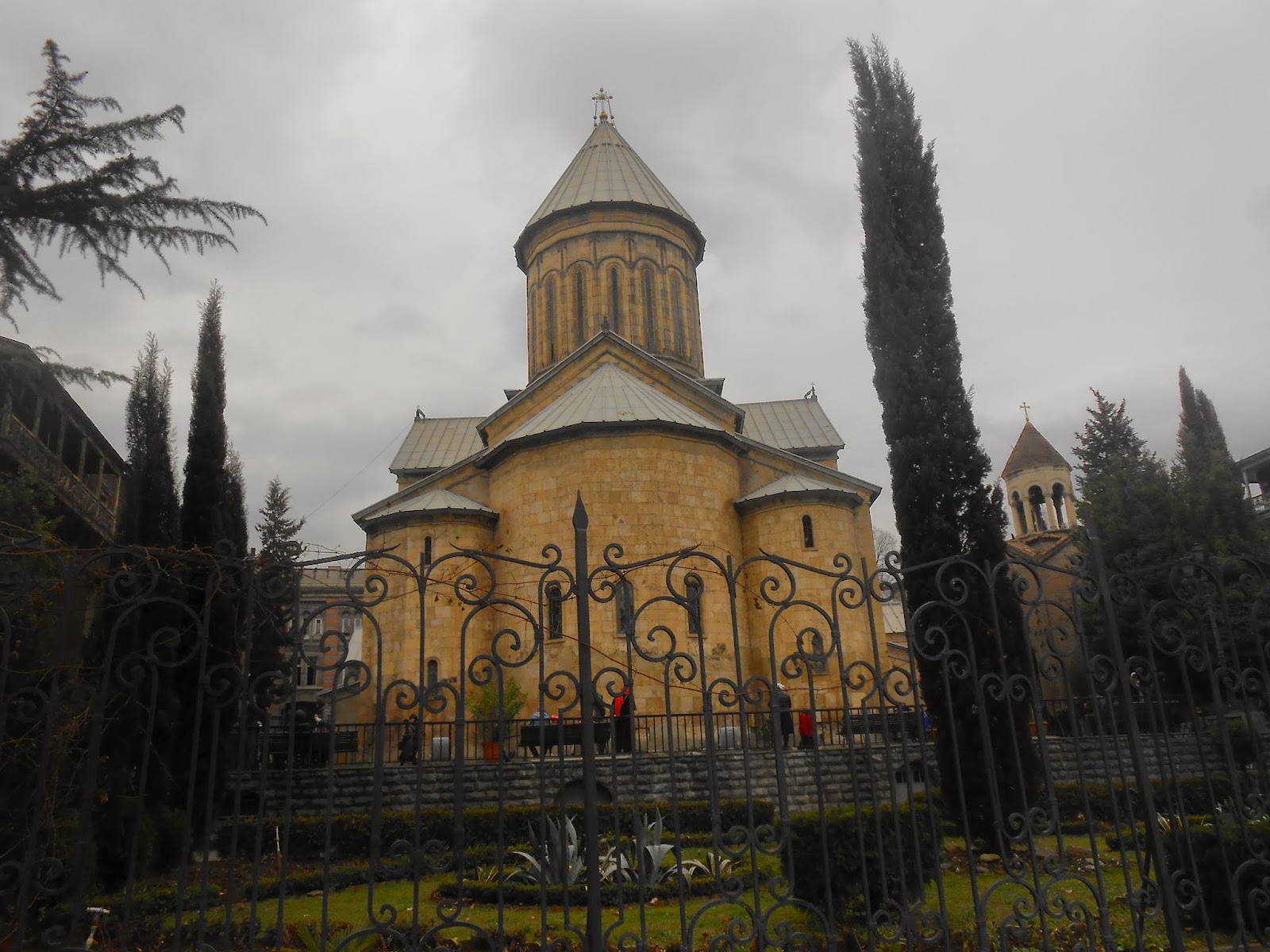 Anyway I spent the day walking around the old city; visiting ornate little churches filled with Sunday worshippers; air redolent with incense and wood. There were no ceremonies as such. The Georgians simply went from one gold-leafed icon to the next (my mother would have shuddered at some of the man-child depictions of Jesus  -a pet hate of hers) , uttering short prayers (maybe wishes), lighting candles and having a good gossip from what I could tell by the animation on their faces. 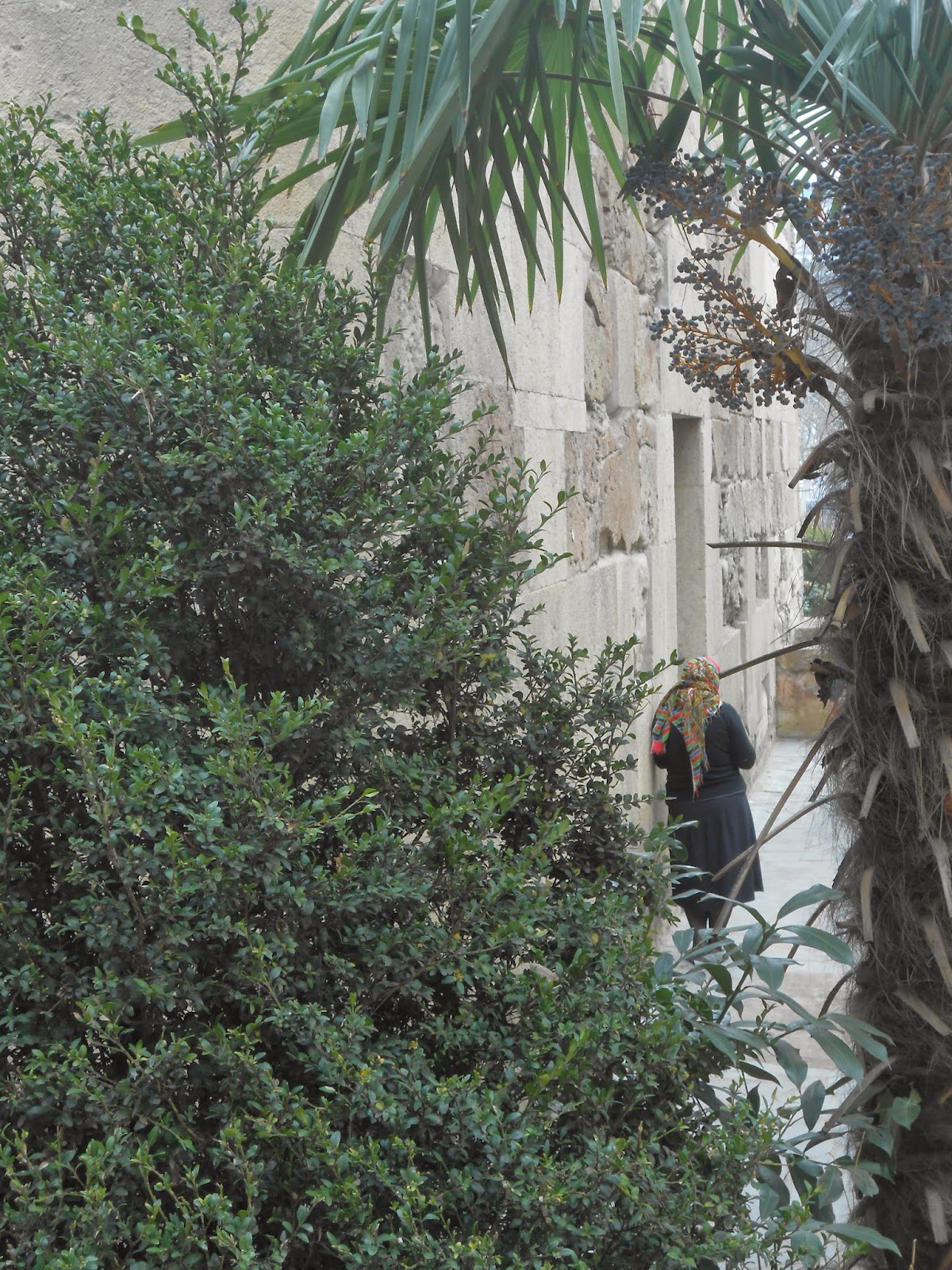 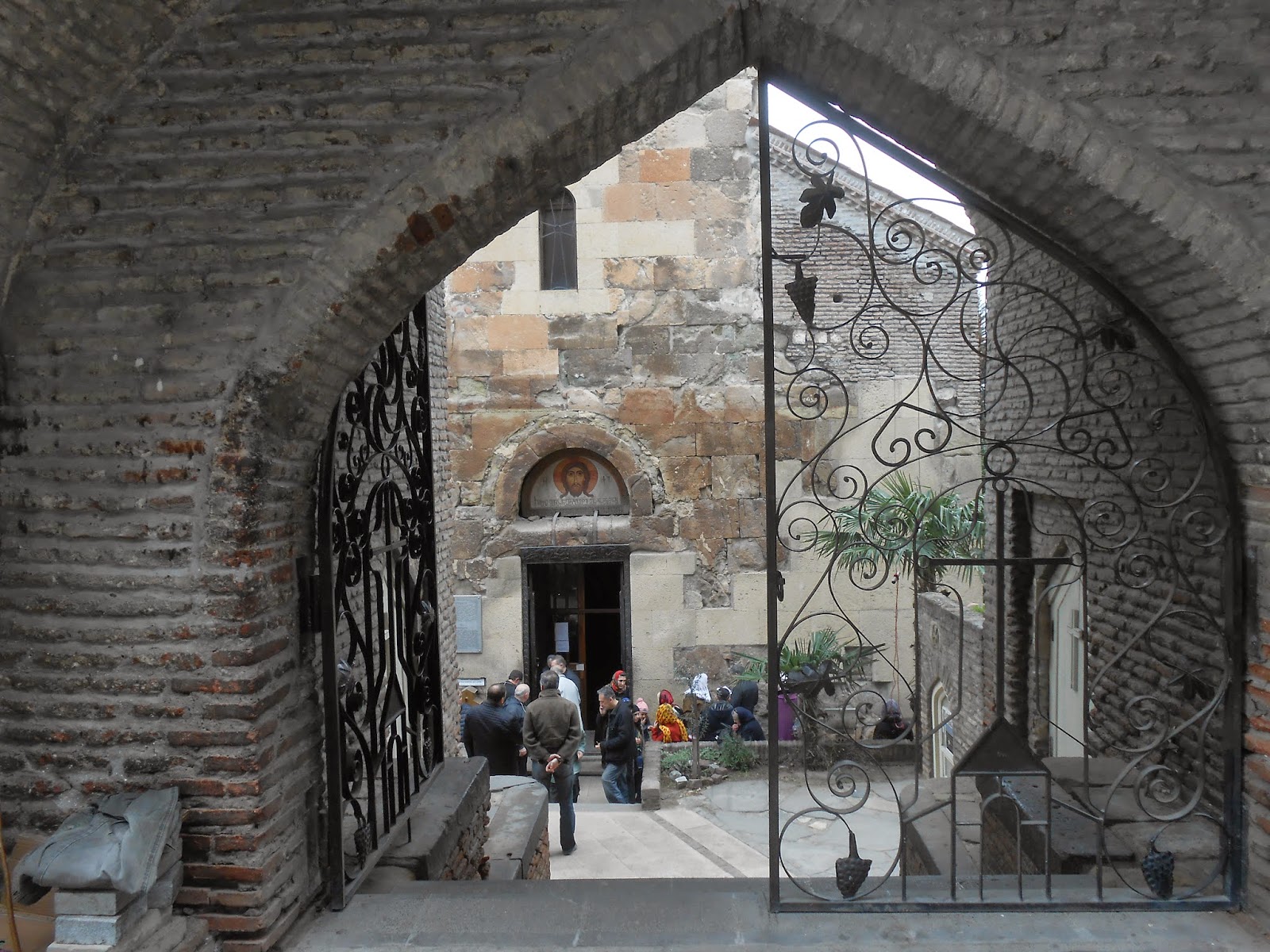 I also strolled the cobbled streets ( gobbling Khachapuri - a traditional cheese pastry) inspecting houses that seemed undecided whether they were meant to stay up or come down. 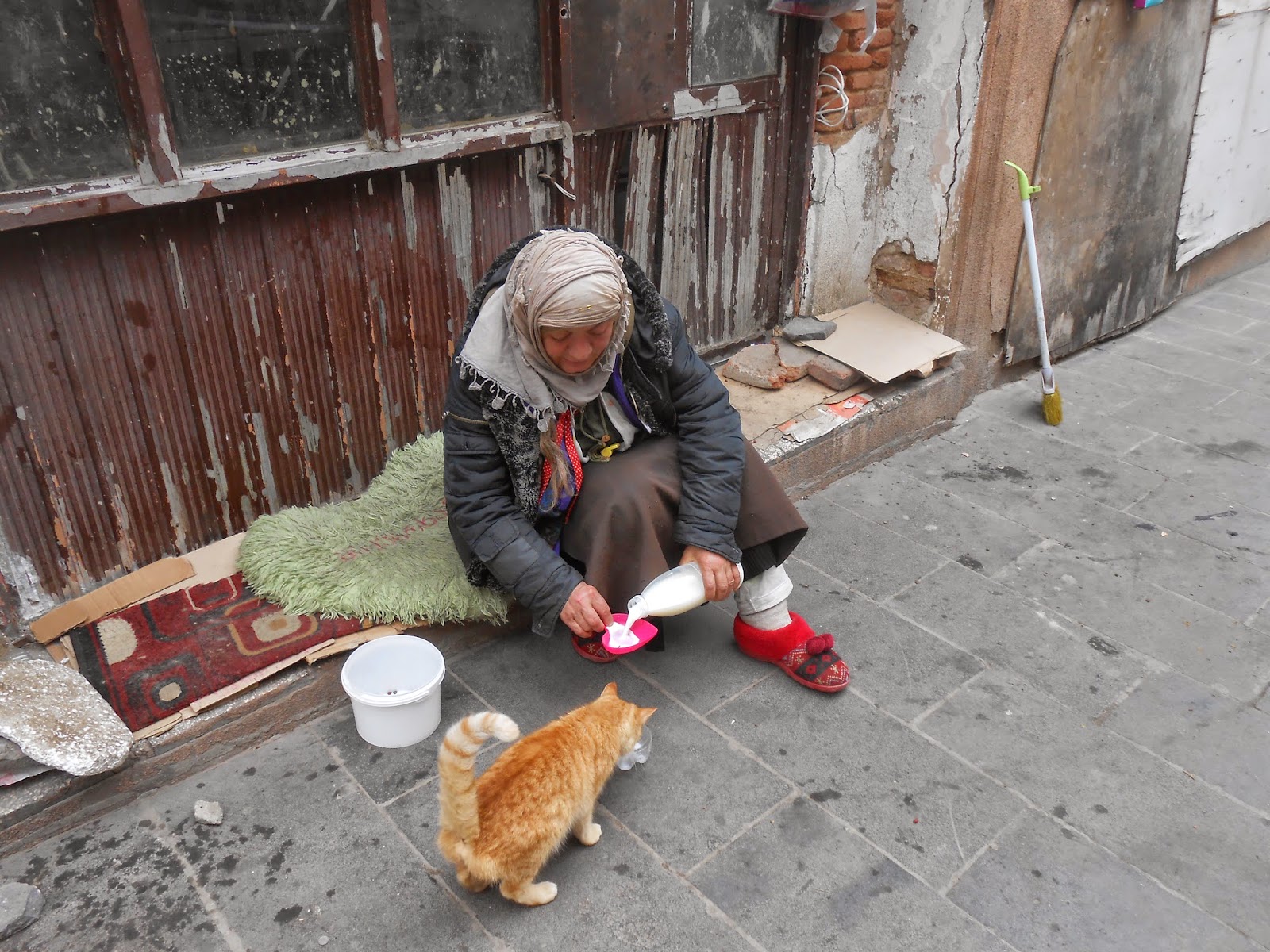 By the cathedral I also met a woman who called herself Butterfly. She was the local homeless animal care-taker and she even had a badge to prove it. Nowhere near the number of cats you see in Istanbul (and far more nervous which is a testament to the generally safe environment the Turks offer to their feline friends) but they still came out of the fallen woodwork for a bit of love from Butterfly.


My timing was impeccable too because I happened to visit the quaint town clock at midday which resulted in quite  a lot of to-ings and fro-ings out of various hatches of  the rather wonky clock. 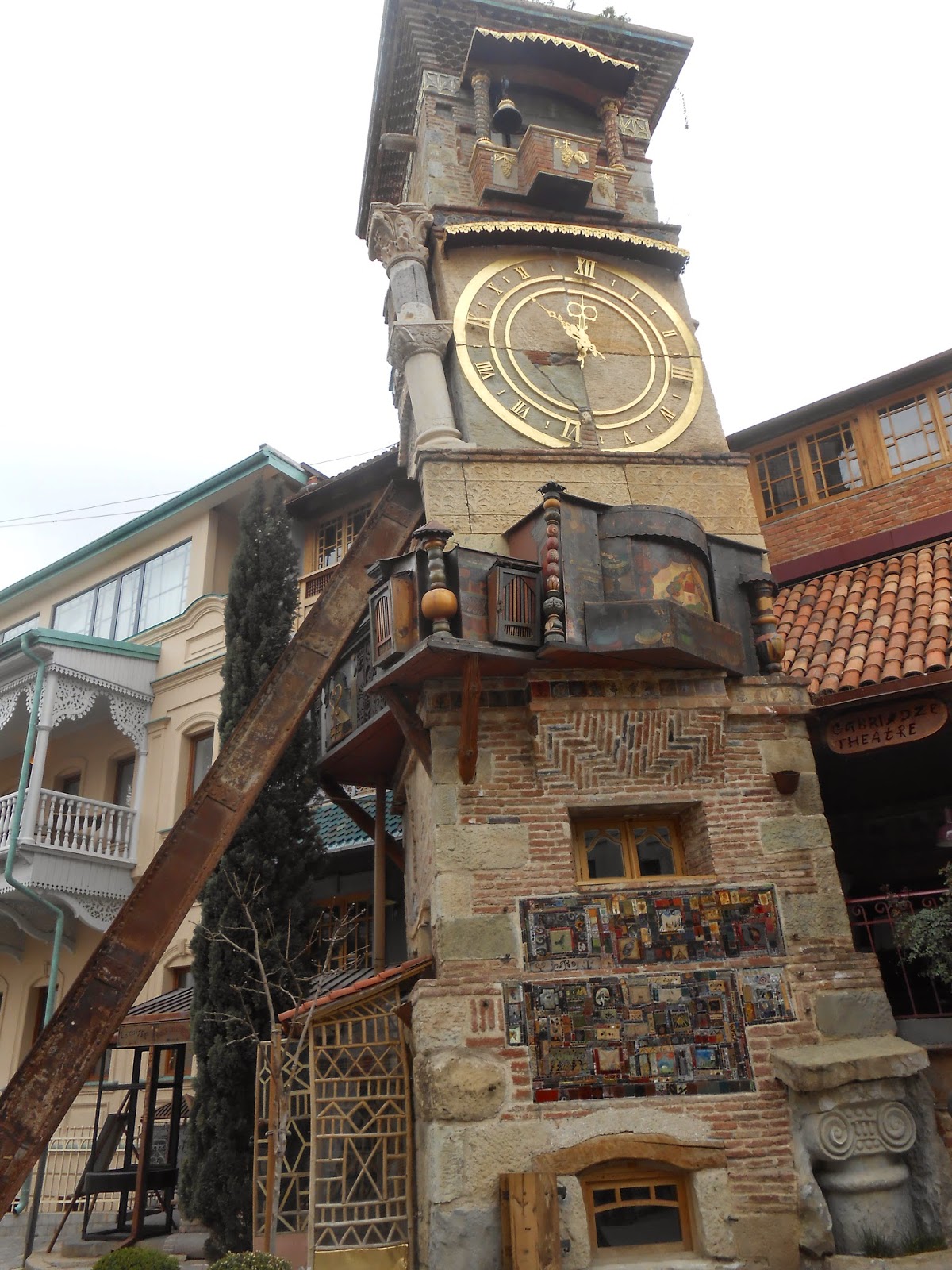 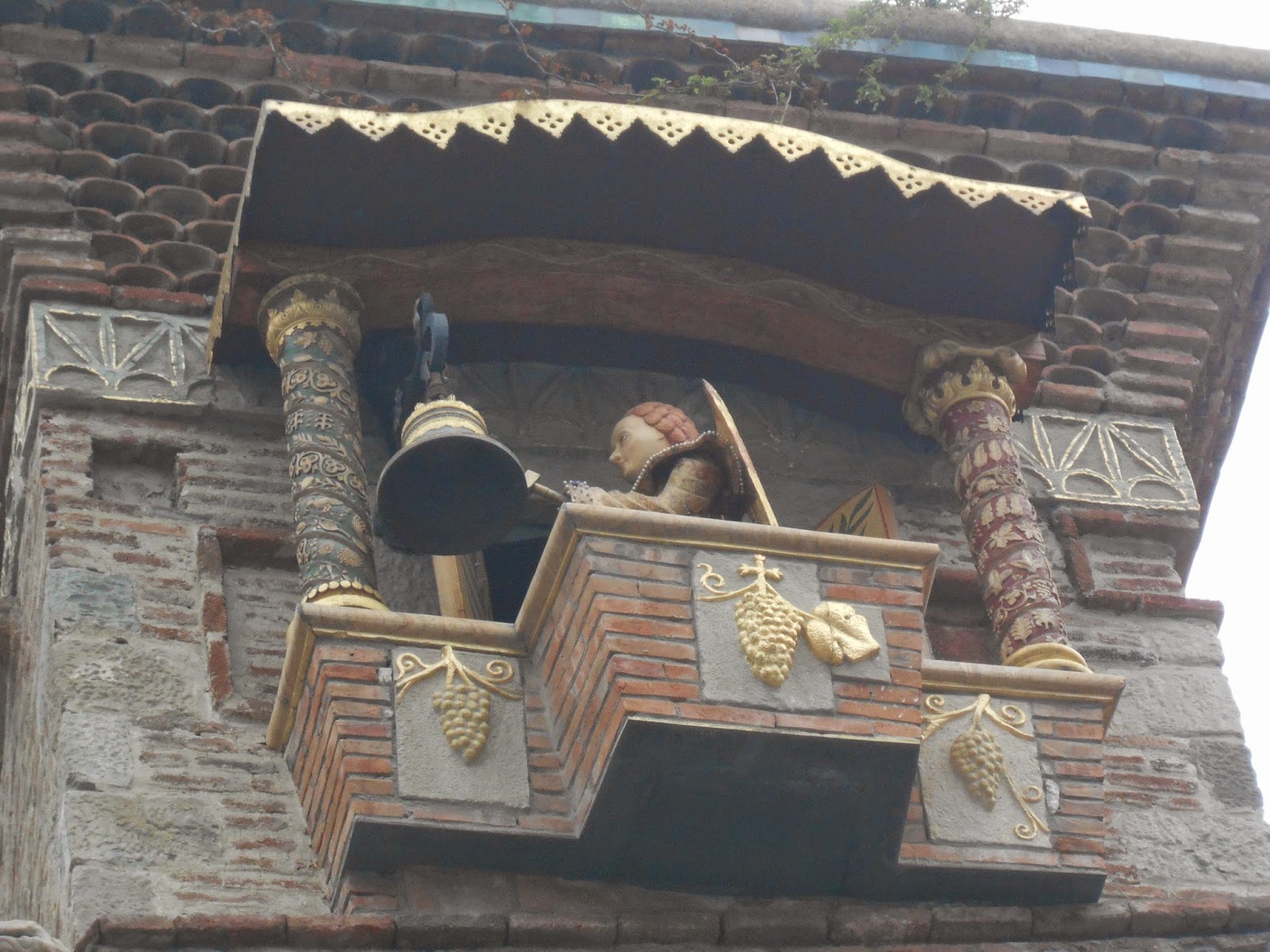 Later I took a ride on the recently renovated  funicular ( after its previous incarnation had a rather tragic free-fall accident) up to the town's fortress and visited an enormous statue of a woman clutching a sword in one hand - to keep the invaders out -Georgia's had its fair share so I understand the sentiment  - and a cup of wine in the other - but of course!) I loved clambering all over the fortress. It's Eastern Europe after all. No such thing as Health & Safety precautions here except perhaps on said funicular after aforementioned tragedy.

In the evening I ate a restaurant known as the KGB. My meal was sublime - so full of fresh herbs I thought I was growing a garden in my mouth. I  mean if the KGB could really cook like that they would have had world domination for sure! 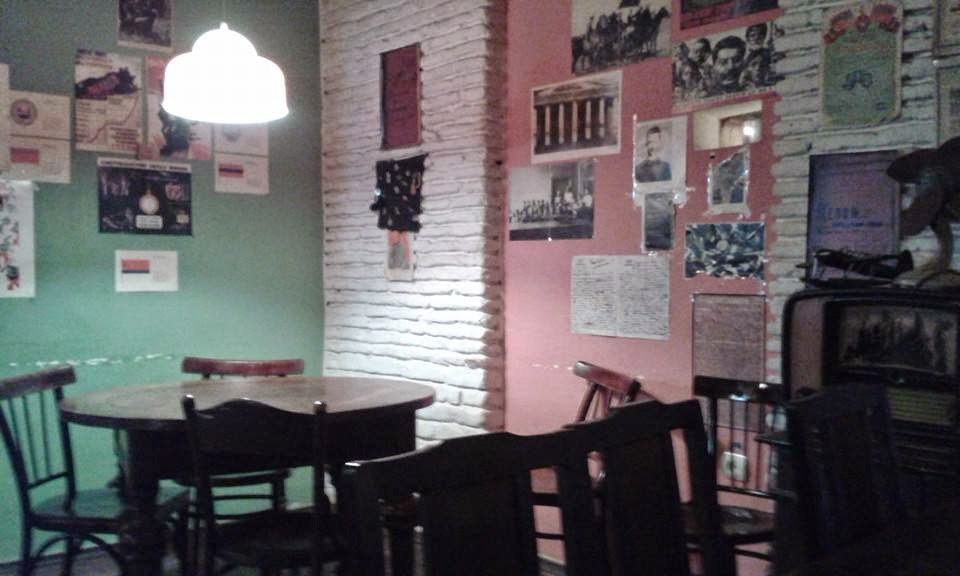 I loved Tbilisi. After the choke and grind of Istanbul, everything about this town appealed to me.  If I didn't have my two laydees at home, I would definitely contemplate teaching in Georgia instead. Much more my style. 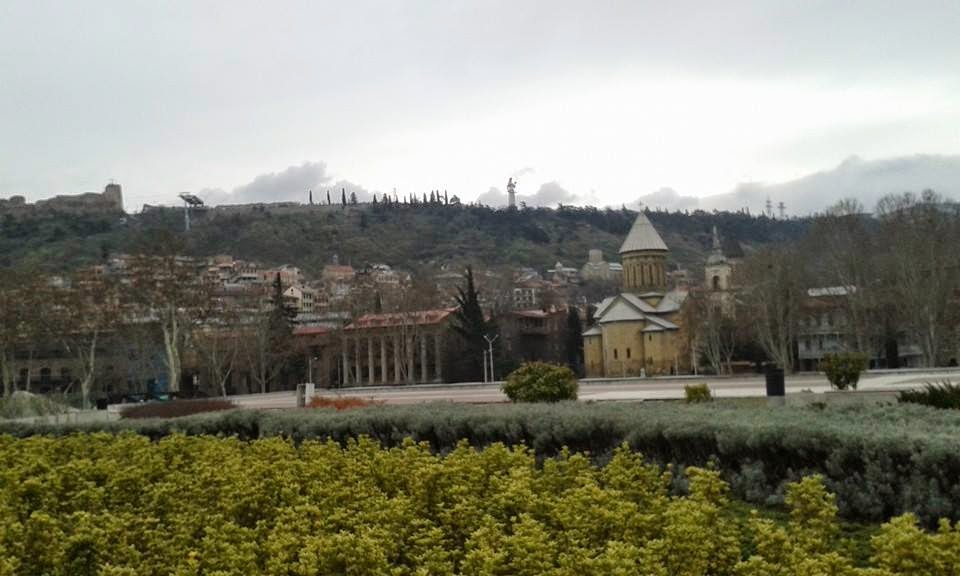