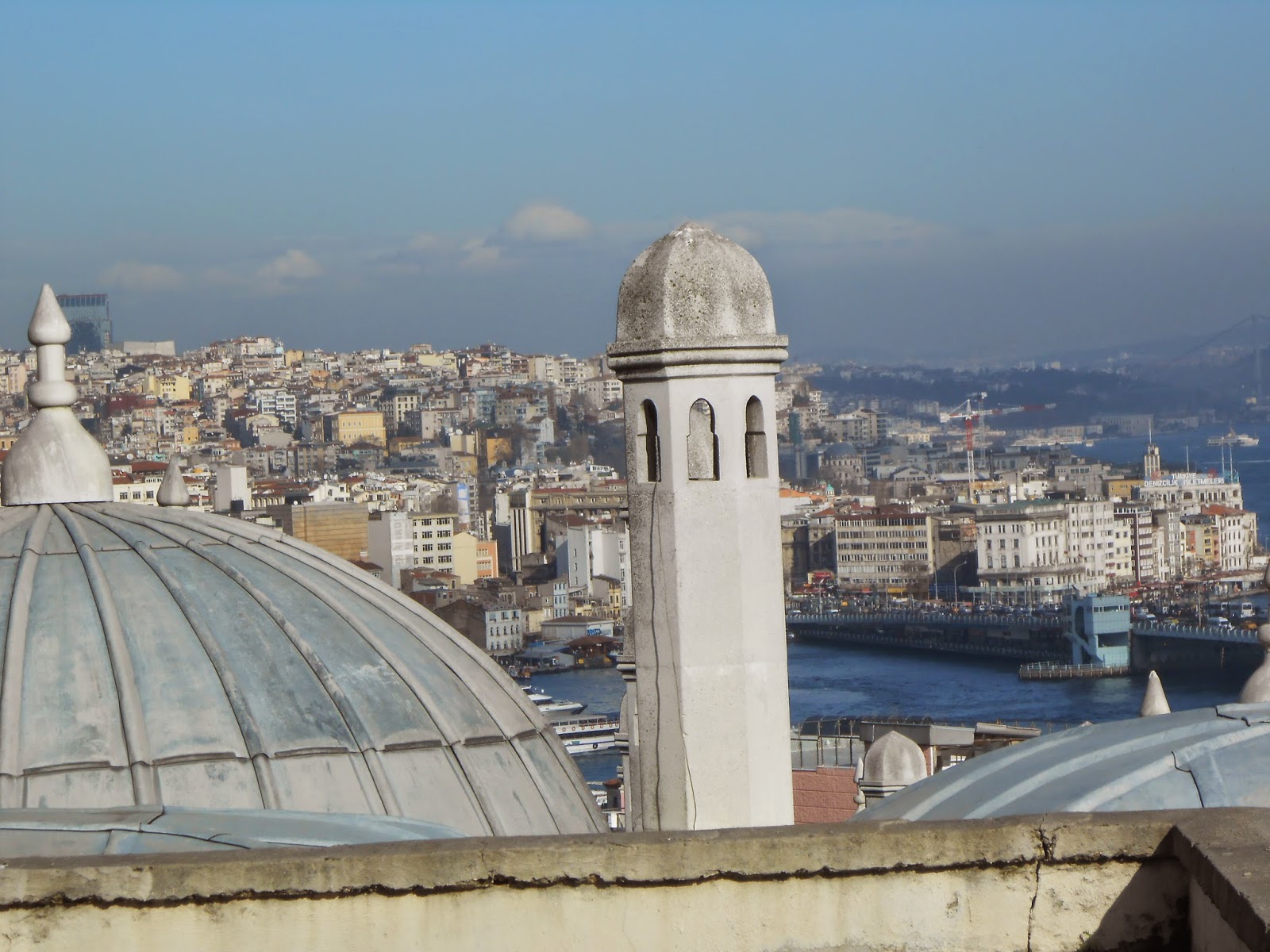 Today I woke up feeling surprisingly un-seedy given the generous servings of Sangria I had consumed last night. Maybe my rabies needles have hidden properties! Probably not. I suspect it was the fact that I decided to leave just after the whiskey shots started and I also consumed a decent stack of Vegemite sandwiches when I got home. 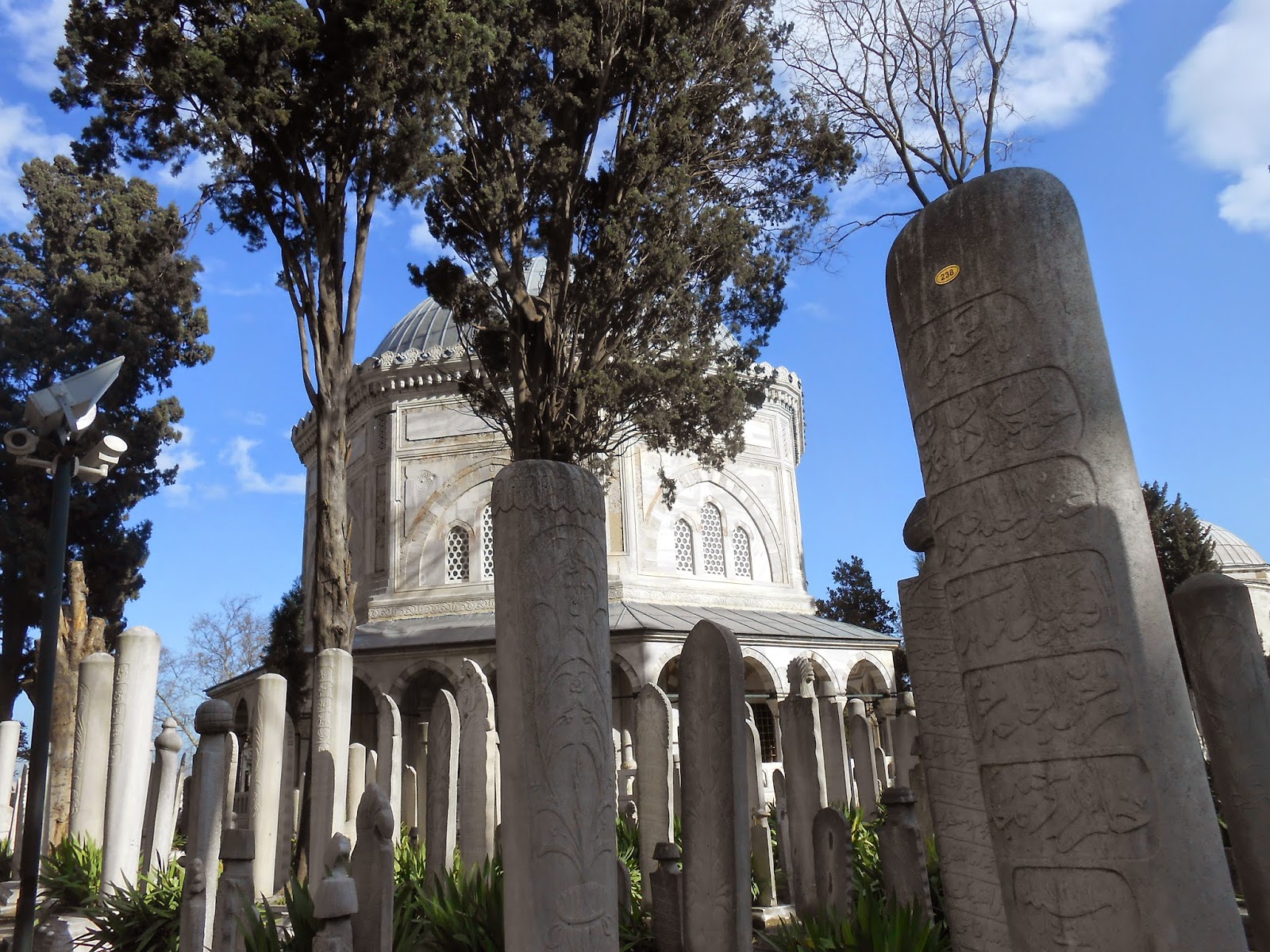 Anyway to celebrate my good health I decided to go on a walking adventure since the weather was absolutely perfect. Like a balmy spring day. I began my adventure  with a metro ride to Istanbul University where I made my way on foot to Süleymaniye's Mosque. The backstreets around here are winding cobble-stone alleys filled with student cafes, Roman arches and cats.  If I were a student at  the university I would definitely want to live around here.
Now I know tourists generally flock to the Blue Mosque  but I actually think Süleymaniye's Mosque  is far superior.  Not only does it have the best bean restaurant at its gates ( a plateful of these will propel you through the streets of Istanbul for at least five hours!) but its grounds are lush and green and lead you to a spectacular view of Istanbul which has none of the touristy clutter of Sultanahmet. 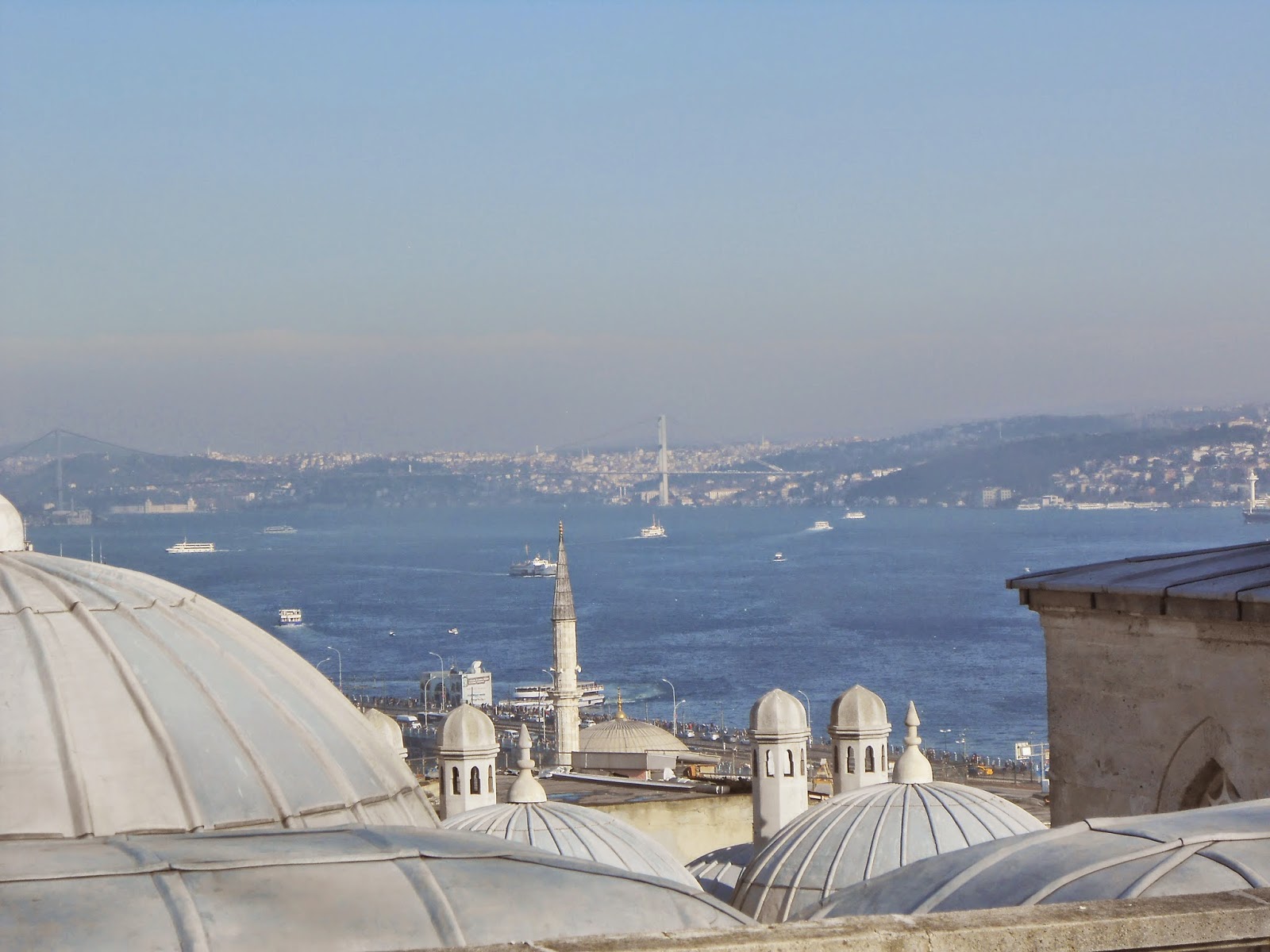 From there I wandered down the backstreets towards Sirkeci train station which had once been the final stop of the Orient Express. It is now home to The Marmaray which is a new metro line that runs under the Bosphorus connecting Europe to Asia. Amazing really.  Now last year I had a student (an architect) who told me not to ride it for at least a year because even though it was now open they hadn't quite finished testing it all. Ah Turkey! Anyway today I decided it was time to be brave so I 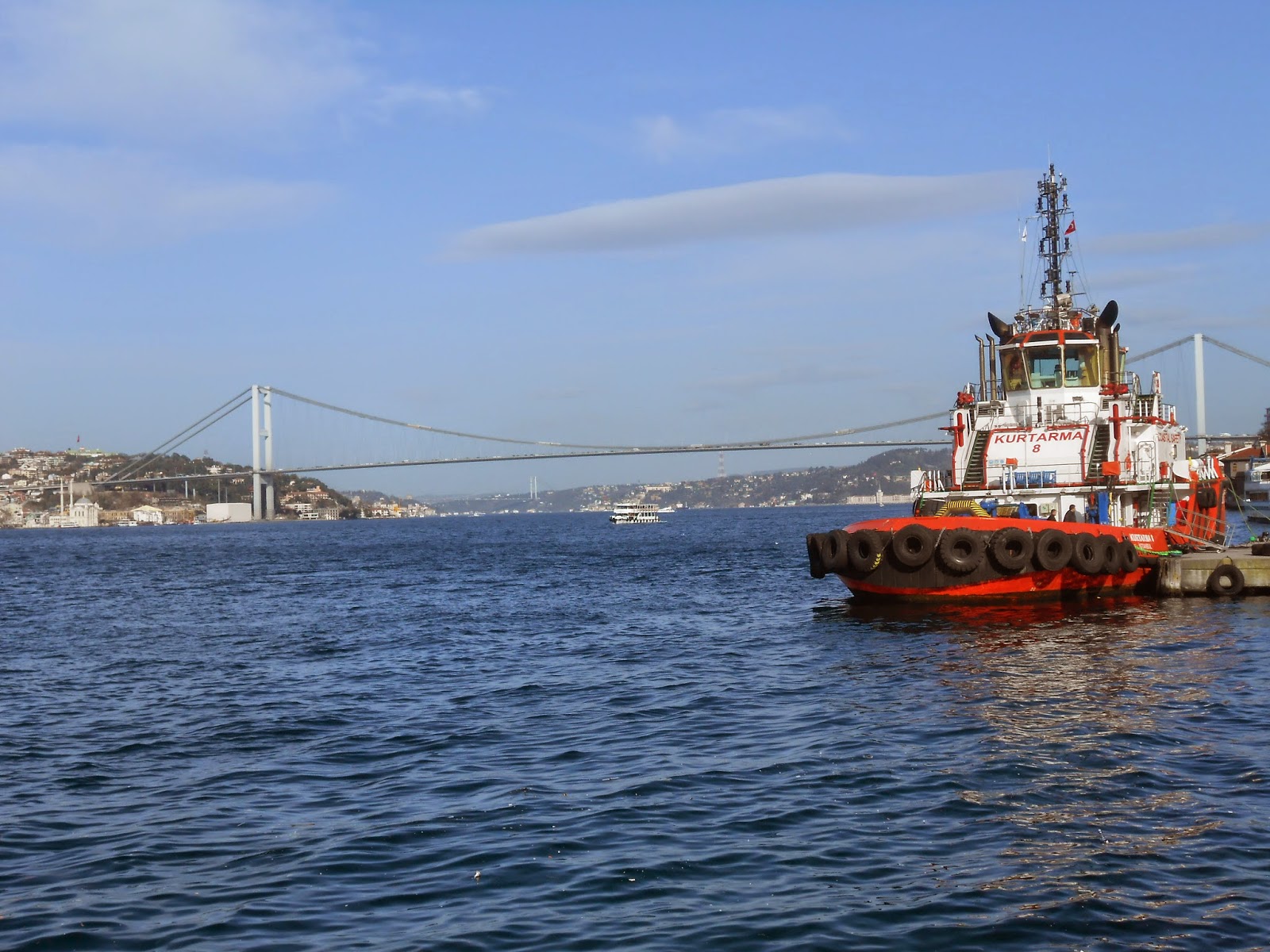 took the 4 different escalators down to the platform and waited for my first pan-continental metro experience. I didn't see any fish in case you are wondering but there was a stillness in the train as we journeyed under the sea bed. Like we all knew we were under the sea but we didn't want to mention it directly in case we jinxed it.
Suffice to say, the trip was event free and I arrived in Asia unscathed. I then decided to walk along the Bosphorus towards the first bridge.  There were lots  of really nice picnic spots along the way which were bedecked with colourful headscarves, children on bicycles and men frying köfte.   I want to return here in summer for a picnic because the views of the water are so lovely and at times uninterrupted which can be rare in Istanbul. 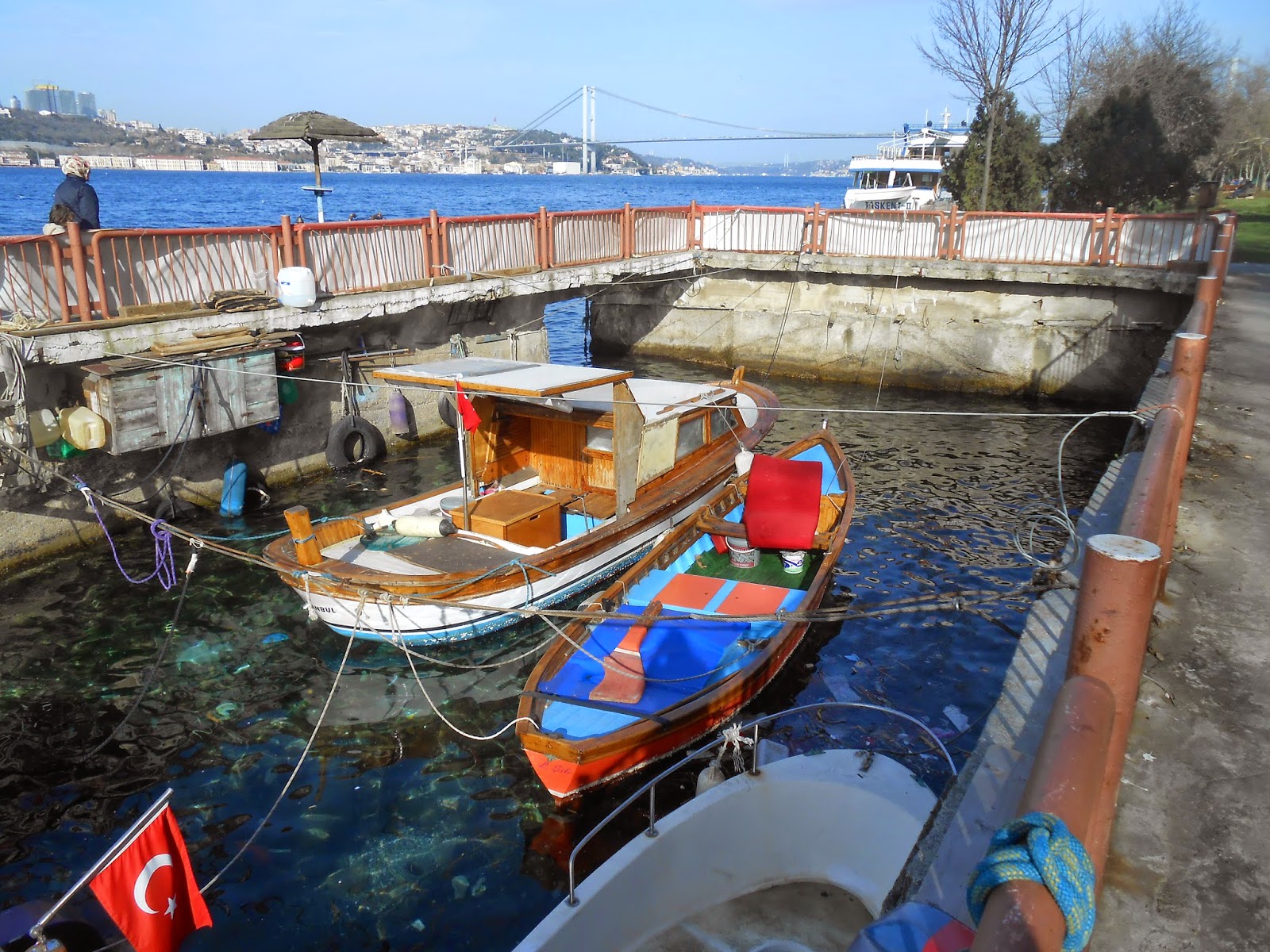 After I had finished walking ( poor legs) i took the ferry back to Europe and marvelled at the silvery splendour of Istanbul at early dusk. 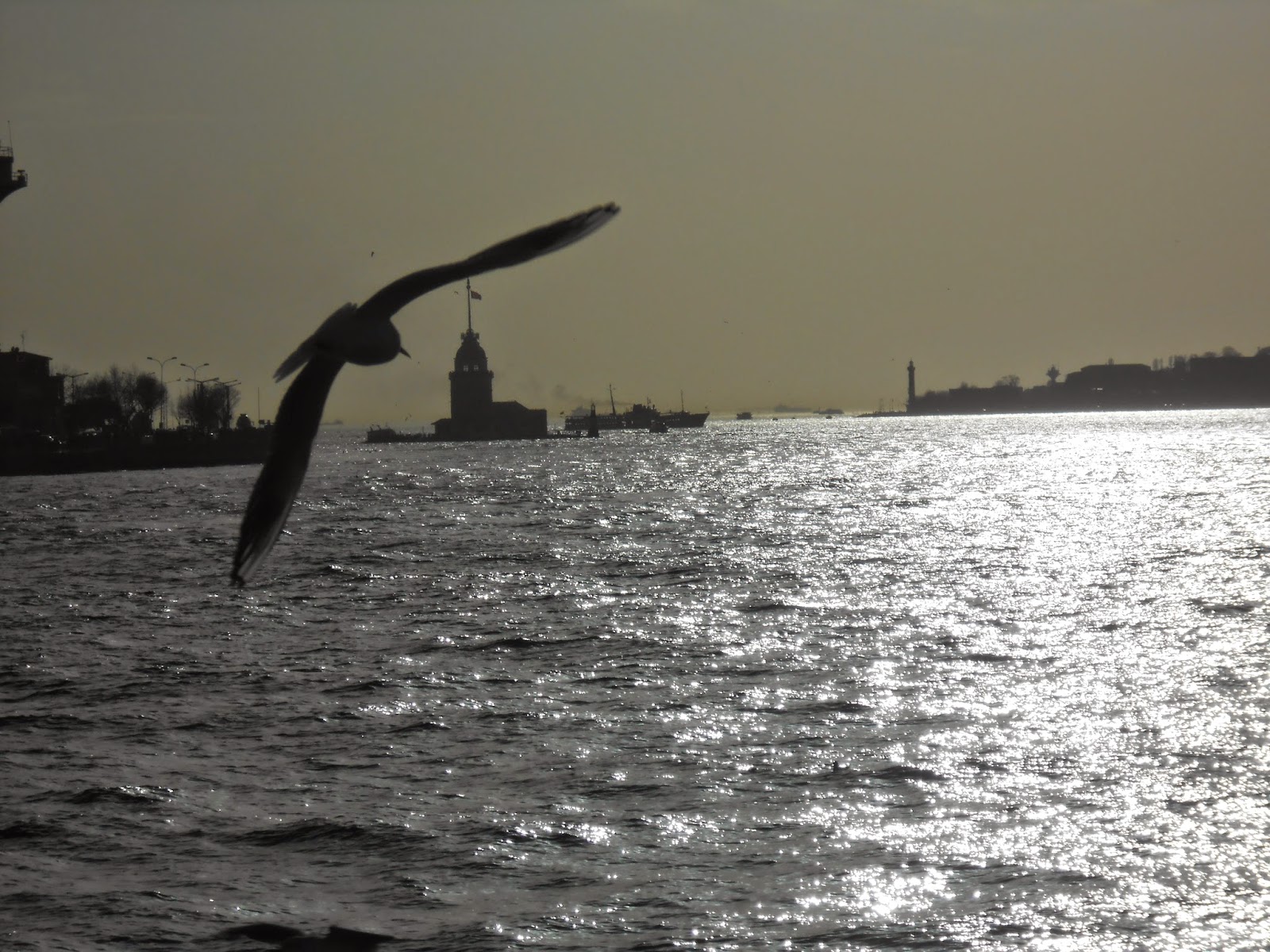 You know today reminded me of the Lou Reed cover of 'Perfect Day'  that the BBC produced in the 90s.


Actually there are many ways today could have been more perfect. If, for example, my family or the Wise Woman or Chaz had been here with me too etc. But it was still a lovely day.