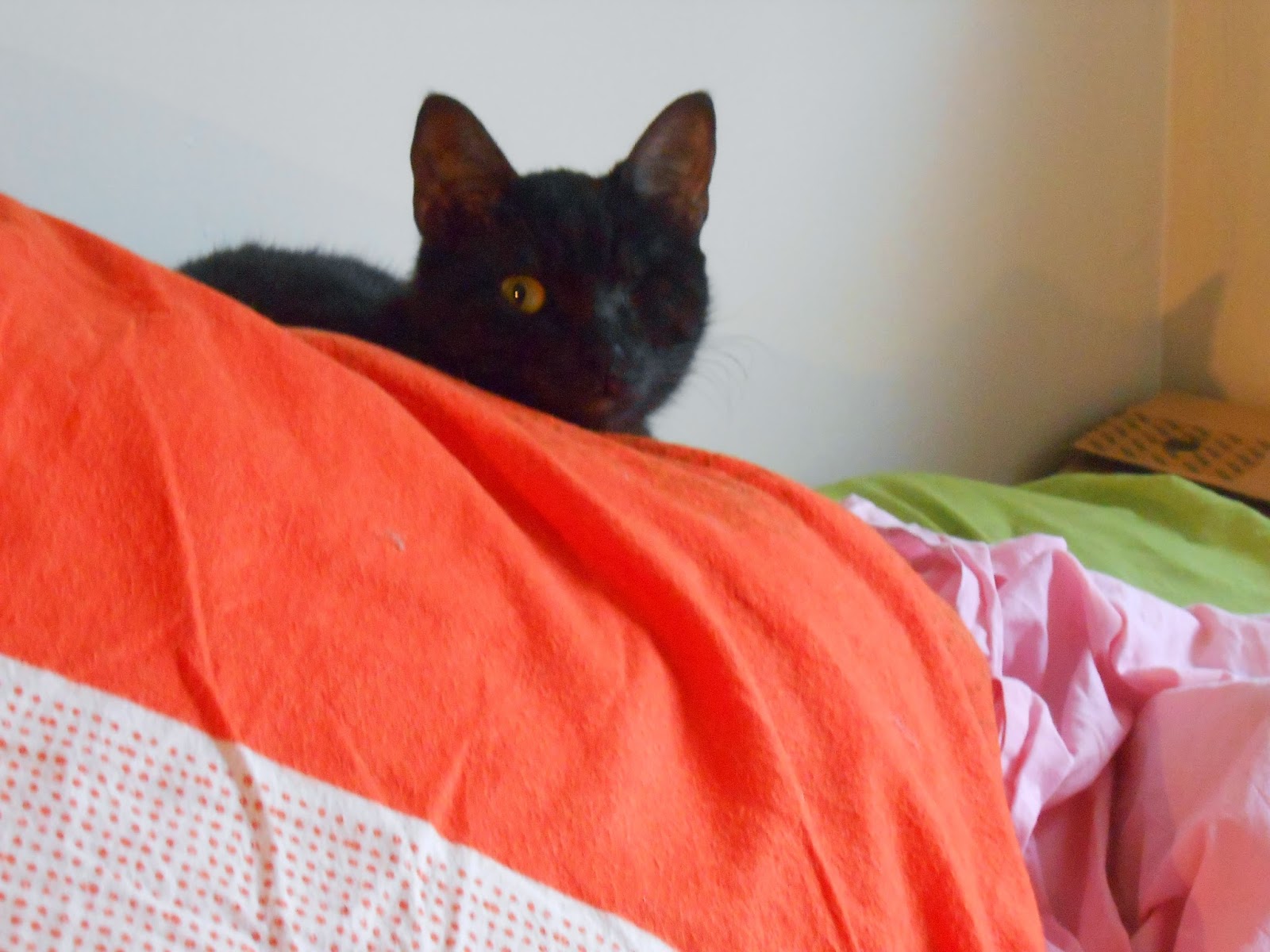 So The Pirate returned yesterday after an extended period of shore leave at the port of Besiktas. And you know she isn't doing too badly. A lot of elongated investigation which involves her back legs at one end of the room and her stretched out neck at the other. She looks like one of those springy toy dogs. She cried a bit in her cage but once she was out she seemed fairly perky. Although she did pass out in a deep sleep across my chest in the later afternoon. Three Paw remained happily oblivious until dinner time when a few choice words were exchanged before they both settled on my bed. This lasted until about midnight at which point I separated The Pirate into a cozy little home I had made for her which seemed very happy to pass out in once again. 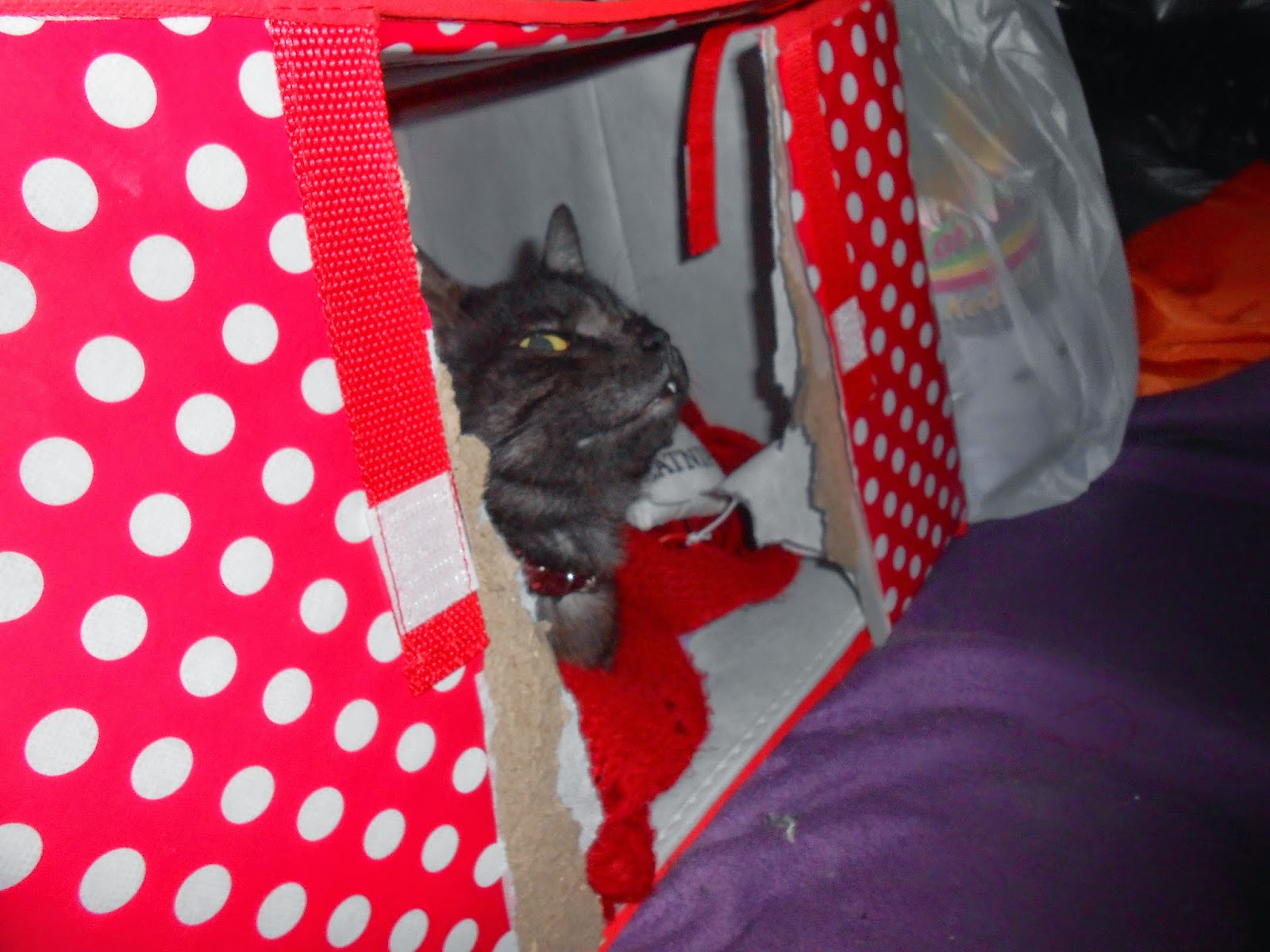 I don't expect the girls will ever love each other but I hope slowly to create a harmonious living space for the three of us.

Poor little Pirate though, she came to us as such an orphan.  None of her toys, not even her food bowls made the journey. As soon as I get paid I will have to get her some new toys. It is sad seeing her sit there with nothing to bat.
Posted by Joanna