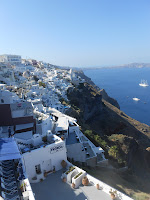 The last time I was in Santorini was on a day trip from Crete with my mama. I remember us going on a tour of the island with a bus load of Israelis and then getting a little tipsy on a glass of lunchtime wine while overlooking the Caldera.
I feel Santorini has changed a little since then ( or maybe that's just early morning sobriety speaking.)
Not the views of course but there seems to be more shops and restaurants and places to stay. I think it is doing better than its poor big sister Athens.
Yes, it is still very touristy but there is still something magical about the cascading white villages and the impossibly blue sea.
Here are some requisite ' Santorini Sista' cheese shots. 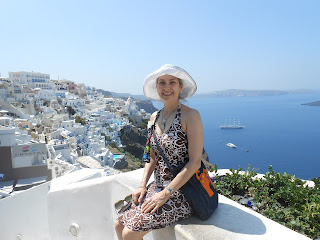 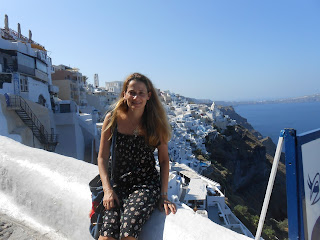 Because my sister is a fitness queen and I am not opposed exercise in the direction of 'downhill', we decided to walk down to the old port of Santorini to inspect the boats.  The walk down is a windy, cobble-stoned and at times stinky path which involves frequent encounters with donkeys bottoms.  I will be the first to admit that I am not so good when surrounded by hoofed creatures at street level ( I am much happier on a horse than around them) so  it was a little bit nerve-wracking for me whereas Dena seemed to wade between the sea of bottoms with confident aplomb. 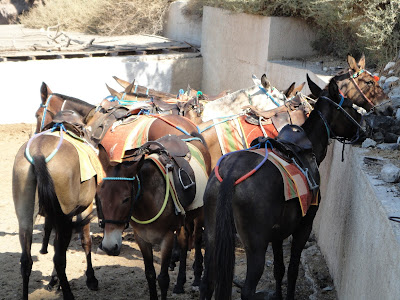 I am pleased to report that all the donkeys looked very well fed and in excellent condition. I remember them to be in quite a grim state when I saw them years before so it was nice to see them looking so sleek and round. The lady running our little pension even suggested that perhaps the men take better care of their donkeys than their wives. She did not make this observation with a smile. 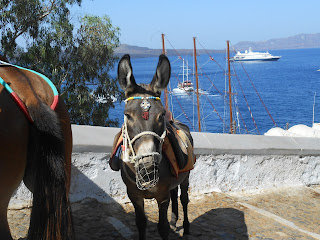 Once at the bottom we inspected the boats and drank cappuccinos 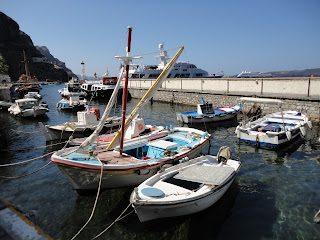 before deciding to do our bit to support the donkey industry. Not that I think many of the beasts were donkeys anyway - they were definitely more horse-like in stature. 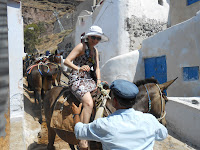 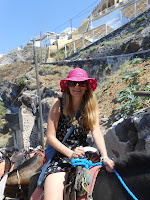 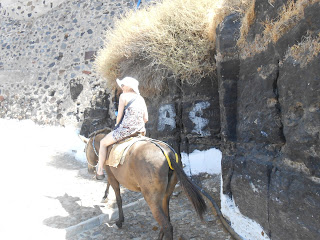 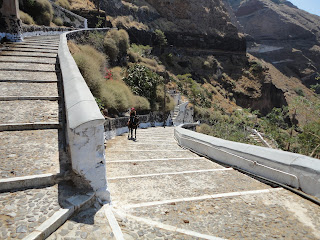 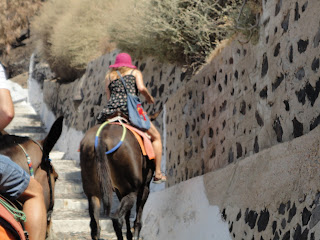 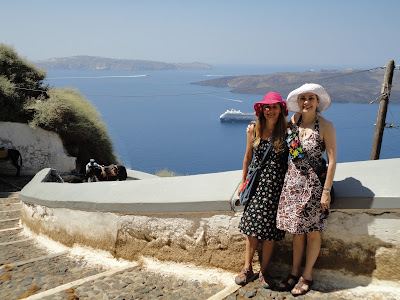