On the highway out to the Chouf Mountains this morning I saw the following banner:

There is no such thing as a lost opportunity,

it just means someone else seized it.

As I sat on my half-seat (the lady next to me had assumed a-seat-and-a-half or perhaps she was just taking an opportunity!) I began to imagine all these tiny opportunities floating in the air. Each one with is own little parachute coming into land – sort of like dandelion clocks, almost invisible. Popping against our skin - ping! I find it nice to think of them hovering amongst us all – did you seize one today?

I was actually going to write a gloomy blog today because I had a lousy day but instead I decided to start with the above thought which I suppose is an opportunity in itself. I had the same bad dream last night – it’s not so much a bad dream but a sad dream and it seems to haunt me each day which in turn is why I think today was not so great. Sometimes I wonder if Lebanon was such a good idea. My mind is so busy right now it really shouldn’t be holidaying in a country which requires its full attention. If you look to the left you can trip over barbed wire, if you look to the right you’ll get hit by a car. If you look the other way some man will be trying to touch you leg. Halas! But rather than write about everything that went wrong with today I am just going to pull out the good bits – how Pollyanna of me.

I decided to visit the town of Deir Al-Qamar in the Choud Mountains today for no particular reason. It sounded small and nice – I wanted an excursion but I didn’t really want a purpose e.g. palace, museum, ruin etc 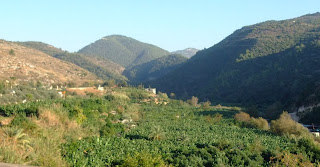 It took me a while to find the transport hub for minibuses going south. Lebanon is definitely more trying than Syria when it comes to locating public transport hubs. Probably to do with its instability and the fact that I think a lot more people have cars here than in Syria. Anyway after a few wrong turn I finally made it to the hub where I wandered aimlessly up and down the choking street for at least three quarters of an hour while being sent in all sorts of directions. I finally asked a very crowded bus if it was going my way and the bus driver answered (on behalf of the bus) – yes! So off I went with my fellow passengers for a lovely trip along the shore front before twisting and turning into the mountains. 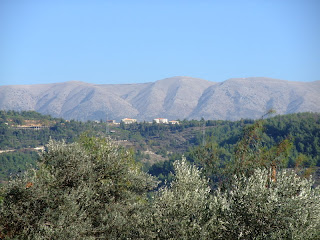 The mountains were quite beautiful, full of cedar trees. Reminded me of southern Italy. Then suddenly my trip was over and I was told if I walked straight ahead I would find the town. I got off the bus and started walking up the hill. Up and up and up and up. About an hour later a young couple in their fancy little 4-wheeler pulled over and offered me a lift. They were so laid back their seats were almost horizontal and I swear I thought the driver might actually fall asleep. Fortunately his girlfriend was thoughtfully resting her fire-red fingernails on his crotch so he had a 99% chance of staying awake. I like to throw an improbable 1 % in just in case he was a latent gay. Anyway I got to the old town which was both small and lovely, ate some lunch, generally wandered about before making my way back down the hill. 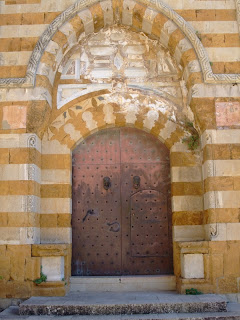 The rest of the day is where it got lousy so I’ll just leave it by saying I probably visited the dirtiest loo with the most beautiful view. See picture below which was taken while hovering above the throne. 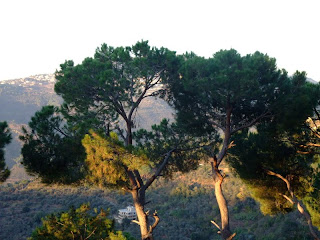 Now I am home again trying to create a rainbow for my mood.

p.s. If anyone tries to call my mobile don't be surprised if you get an Arabic answer - sigh!