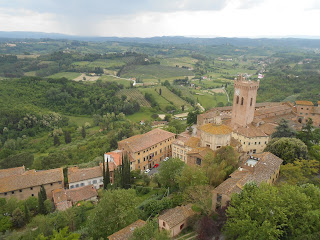 Today I went to try and register for a health card at San Miniato hospital. A grim kind of establishment where I suspect polio still lingers in the crevices of the water pipes. When I lived in Istanbul I went to Sisli Eftal a few times and that was similarly grim (cats running out of operating theaters etc) but they had a system there at least, and super friendly staff.  Here there seemed to be no plan and eventually, after waiting for three hours, I was told I was ineligible for a card as my contract was not indeterminato.  They aren't even right. I am eligible, they are just being lazy.
No illness for me then!! 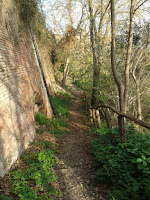 Anyway determined not to ruin my day, I decided to take my new boots out for another walk. This time along the Viccolo Carbonaio (the way of the coal.) This nature path runs below the spine of my town (even past the bottom of my garden) and it allows one (and one's boots)  to take into the surroundings vineyards, olive groves and general Tuscan undulations.

Boots were well pleased too. Having previously lived such a sheltered existence, they were agog at the topographical variations and delighted by the vegetative diversity they were able to attract: mud, sticks, gravel, scree, wet grass, stinging nettles, squashed fruit. 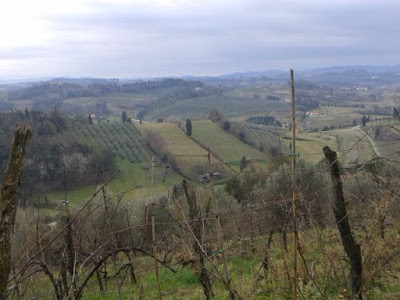 It appeared that the villagers have been busy too for all the way along I discovered little nativity scenes. 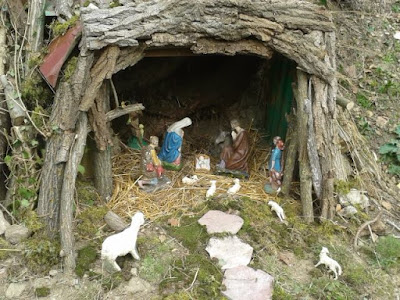 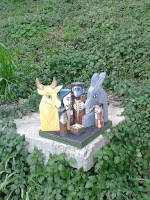 I love that they can sit there with out being vandalized or stolen. 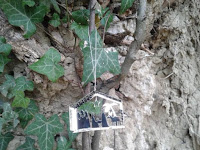 The best one I discovered though was after my walk. The official one in town where this year they decided to give the manger to a cat with Mary and Jesus watching from the sidelines.  It endeared me to the town on a day when I had been feeling less so. 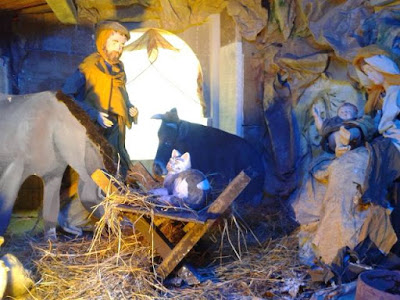 Thank you to tell us so much useful information. I’m glad to read it. k2 spice for sale