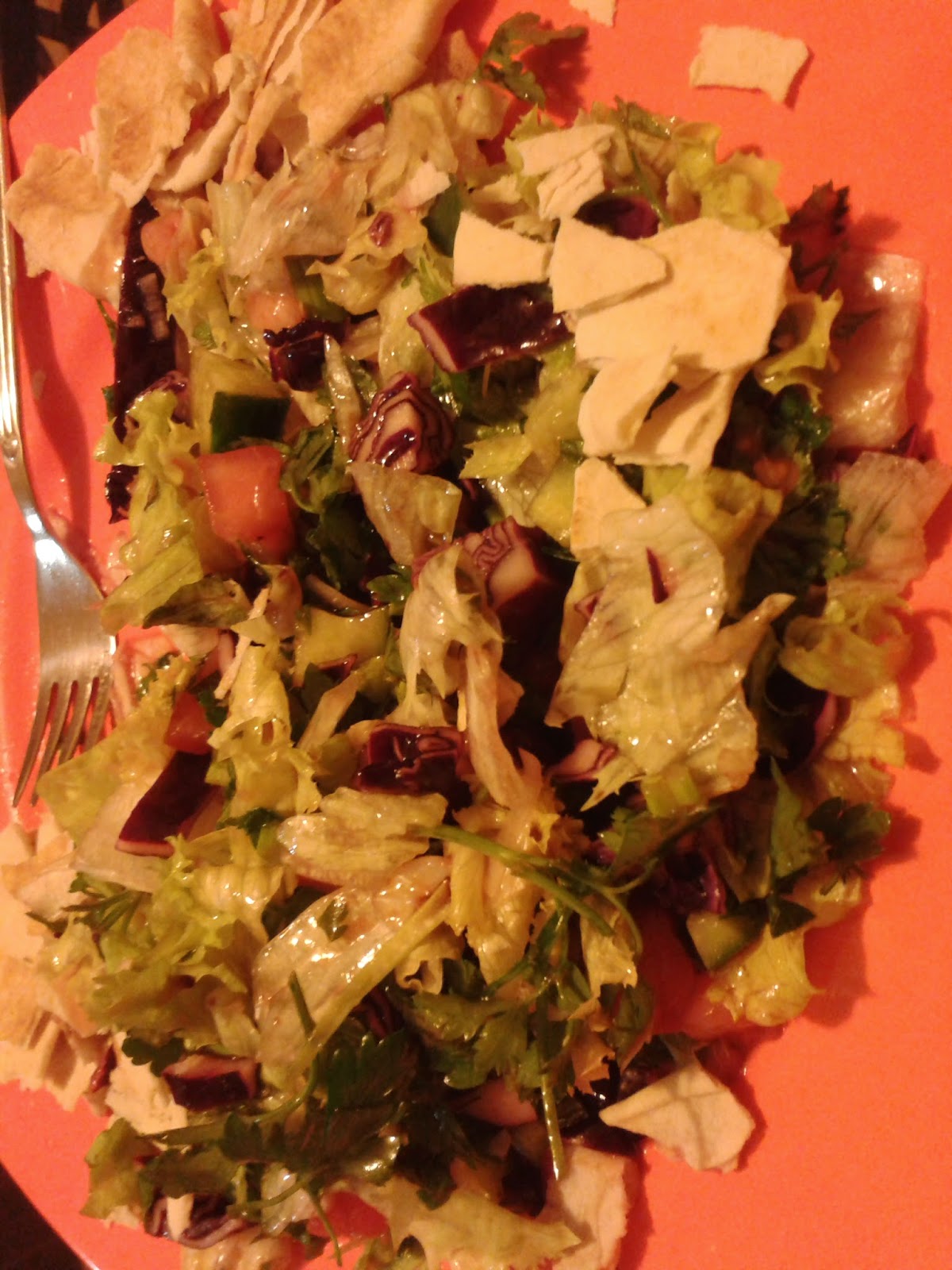 Right now I have a flatmate from Syria.  His name is  Orwa. He normally directs short films in Saudi Arabia but he is here to do a media course. In three months he will be stateless because his Syrian passport will expire. He doesn't want to get a new one because this will involve paying money to the Syrian Government that will then be invested in bullets which will  be shot at his people. Luckily he is able to stay in Turkey without a valid passport.
Living with Orwa teaches me  on a daily level to be grateful for what I have. Not because he is pessimistic. In fact he is a very cheerful, kind person who gives me lovely boxes of dates. He is just a  tangible reminder of the horror which is Syria and the normal, gentle people who are caught up in this nightmare.

Orwa also makes fattoush which is my most beloved Syrian food.
Posted by Joanna