Tonight I was walking along the dark descent which leads from the town to the sea when I was informed by a fellow traveller that I was 'troppo bella.' Obviously he has not seen the inside of my throat (although maybe that was his plan) as I have been feeling lousy all week - like I swallowed a razor blade  or a set of kitchen knives. I left him at the crossroads as I wanted to go to the supermarket but I thanked him for his compliment and decided one should always be grateful for the kind words of others ( even when laced with a bit of Albanian horn.)

In the meantime I have been selling a few stones... 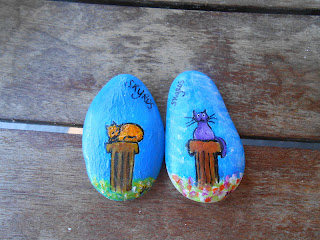 And I had dinner with a Swiss colleague of mine ( ok ex-colleague I suppose now) who is holidaying here on Skyros as well. Es war sehr schon. 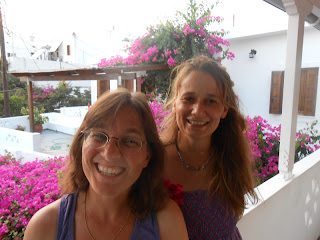