Today I took my Russian friends to the Anglican Christmas Bazaar. They told me it was like entering  Diagon Alley in Harry Potter - a whole other world that exists around them but they cannot find for themselves. I have to say that - to me -  this particular bazaar doesn't have that much in common with the alley especially given as it is held in a particularly ugly, modern building and the most exotic food you will probably find there is Bird's Custard - but ok yes there are the Morris Dancers I suppose. But anyway for them it was exotic and exciting to be surrounded by English speakers and to try English cuisine - cornish pasties, cottage pie and cream tea. Actually the cream tea went down a particular treat ( as well it ought!)  and in fact it brought real tears to the eyes of my Russian mama friend  who said ( in Russian) that she believed herself to be at home for a while. At home in her blood, she meant.  I mean she is from St.Petersburg,  descendant of White Russians I believe, but her grandfather used to play cricket while no one around him did. She is convinced there is something  very English lurking in her blood just like I too have an Uncle Ahmed who makes perfect fattoush, an Aunty Maria who make perfect limoncello and a cousin Dimitri with his own feta cheese brand.  I understand her completely. Anyway it was a nice experience to see the bazaar through new eyes and I also managed to pick up two jars of homemade tomato chutney which always pleases the soul.

***
C'mon Syria-  find your peace!
I wait with a hopeful heart tonight. 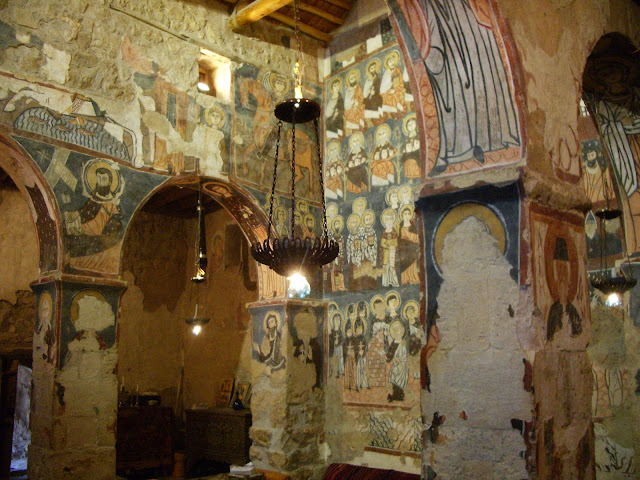