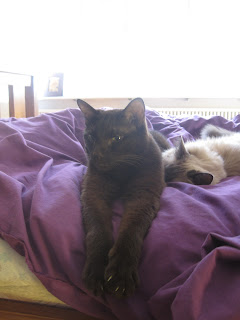 Last week I had two furry people come to stay. Ceylon and Tipsy. It was a litle precarious at first as Ceylon was very shy and would not eat or drink. I spent most of  the weekend wandering about the house like a first time parent crying 'why won't the baby eat!!' Eventually I discovered if  I carried him around like a baby he became more comfortable and began to eat and drink. In fact by the end he had definitely got his mojo back as I woke up one night to find him romancing Tipsy in the bed beside me. 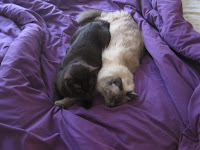 And honestly he was actually romancing her - none of this pounce-on-her-from-behind rubbish.
He was nibbling her neck with his paw cushioning her head and she had her paws wrapped around his shoulders. Then when they were finished he spooned her for the rest of the night!!
Now they are gone though and I am sad and alone once more. Fortunately Rita came over last Friday and we were able to chase chocolate mice in honour of the cats :-) 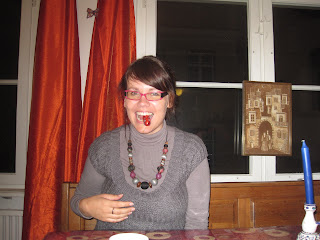 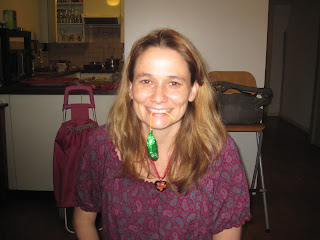