Cleaning up the mean streets of Basel

So I was up at Centralbahnplatz ( the main train station square) just after lunch time on Tuesday when I noticed a man running erratically through the crowd. A few seconds later I noticed a frail, old lady chasing after him. Being the daughter of a mathematician I very quickly deduced that things definitely did not add up. So I began to run which is quite a rare phenomenon for me. I mean occasionally I like to walk quite fast ( especially in pursuit of cats) and I have been known to jog but running is really quite exotic to me. ( I am excellent at downwards dogs though I would like to add -I am not a completely lazy gal.)
Anyhow I remember thinking at the time - why is nobody stopping this man? There is clearly something afoot - but my supergirl senses were tingling so loudly I did not have time for such ponderings. Instead I ran towards the lady (who was still valiantly chasing) and asked her ' Was passiert?' (What happened?) She told me in German that the man had her bag.
Well, then some sort of Supergirl/ Forest Gump power kicked in and I started to run even faster and I just couldn't stop!  Not even Clive Owen dressed in a smart suit draped in persian cats could have distracted me from my task! I chased the man down an arcade, down some stairs, through another shady arcade, down a street, through some building works, across a busy intersection, past an Irish pub and a truck ( where the man briefly hid while trying to catch his breath) then down another road towards the Basel Theatre. I don't believe I have ever run so long or so hard in my life.  I felt as if my lungs would bleed. As I ran I shouted in German for help from passing men who were much bigger and stronger than me but not one of these men  bothered to stop or impede the thief ! So it was me and the man and the rest of the world! To be honest i don't even know what kept me running - perhaps after having felt so powerless for these past months I suddenly wanted to take power again - if not for myself at least for someone else!
So then the man dodged  into a dead-end alley known as a Sackgasse in German! ( You would think I would know better than following any man into a Sackgasse!! Still even the most intelligent woman can get tricked by such things when she is driven by her heart instead of her head.) So there I was in a dead-end alley searching for this man. I noticed a billiard room sign and thought he might be there and I went to the door but it was locked ( I know. I know - get out of there girl!). Then I turned around and noticed my target recovering against the opposite wall. There was another man near him dressed in a red shirt and suddenly I thought 'What if they are together.' 'What if this is where they come after they have mugged an innocent person?' 'What if there is a gang?' And yet still the Super Girl/ Forest Gump/ Rabid Dog in me would not stop and I yelled out 'halt' to this man in my best German accent ( Herr Flick would have been most impressed!) The man started running out of the Sackgasse and I hurled myself after him. Then just as we reached the end of the alley I saw another man coming down towards us so I yelled out to him 'Hilfen mich bitte!' And hilfen mich he did - within seconds he had the perp ( if I may borrow from CSI) face down on the ground with his arms behind his back. If I am honest I have to admit I was a little shocked by what I saw but the man who had helped me quickly revealed that he was actually a policeman dressed in plain clothes. He wasn't violent or unreasonable per se - just very efficient and persuasive.
The rest as they say is history. The perp was taken away in handcuffs; the old lady and I met at the police station where I had to give a statement in German about that had happened. The police gave me a look of disbelief when he had heard how far I had run in fact I suspect some of it was lost in translation because I don't think he could quite believe it. My thighs believe it though!!

Actually for the next few days I have been physically exhausted. I have also had a few nightmares where I imagine the perp is trying to break through the door of my flat. To be honest the whole experience has bothered me in some ways.
1. I don't think I would have ever run that hard for something of my own - ok maybe my Ark handbag.
2. I realise on reflection that it was not sensible for me to pursue a mugger into a Sackgasse on my own  but something at the time just drove me to keep fighting.
3. The sight of the man face down on the bitumen and then handcuffed in the wagon actually depressed me. It made me feel sad. Of course I was  happy to have helped the old lady (who incidentally had just been to the doctor for some pain injections just before she was mugged) but really the whole story is quite sad in the end. Sad for the lady and for the man as well.
Obviously though the mean streets of Basel are safer at least for now!! 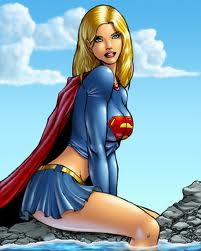