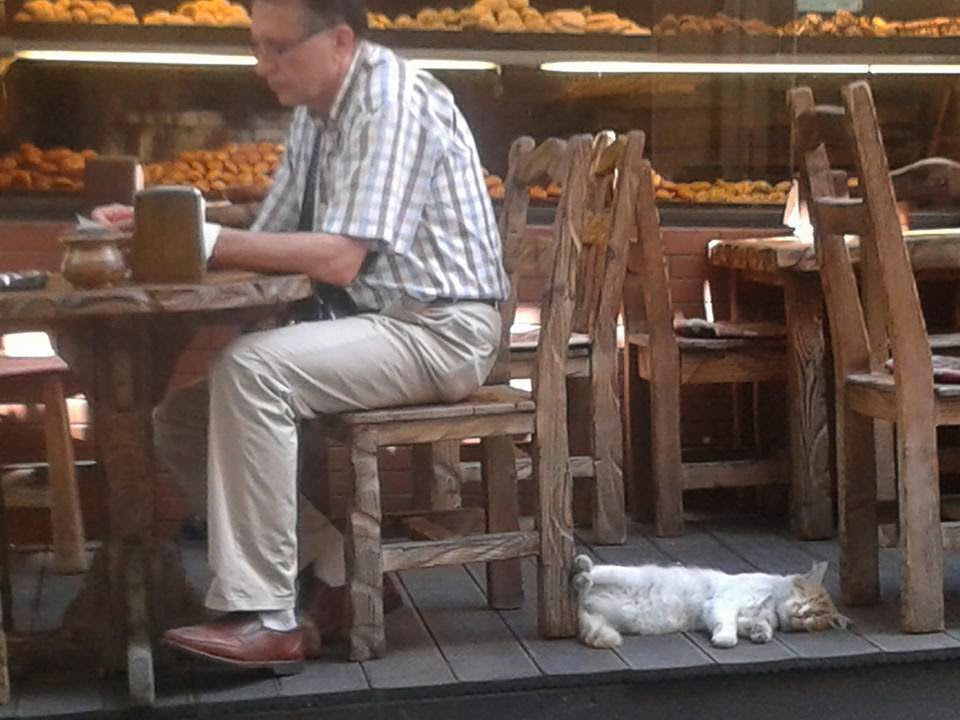 So Ramazan has come and gone. My students have stopped glazing off from hunger ( or was it the sheer boredom of IELTS preparation?). Ramazan Pide has been consumed, Gulac has been savoued  and the children have all enjoyed their sweets. Nowall the Turks are on summer holidays.  Feasting on fish and kofte and fruit. The great thing is most have left Istanbul for the south so the town has a wonderful abandoned sort of feeling to it. Fewer cars, fewer people - even walking to the local supermarket is bliss. And the people left behind are taking it easy too. As are all the cats.

A few days ago I went to Tekirdag which is on the Marmara Sea with the Suggestosaurus. It was nice to see the city spinning away from us until all we could see were sunflowers, the ocean and the occasional A101 Supermaret. Tekirdag is famous for its own brand of Raki but it seemed like they didn't want anyone to know. If this was Queensland  there would have been at least  an enormous bunch of grapes made out of fibreglass and a giant inflatable raki bottle for kids to jump inside. But not here in Tekirdag- Not one sign or colourful tea towel. It was in fact easier to order Ayran, 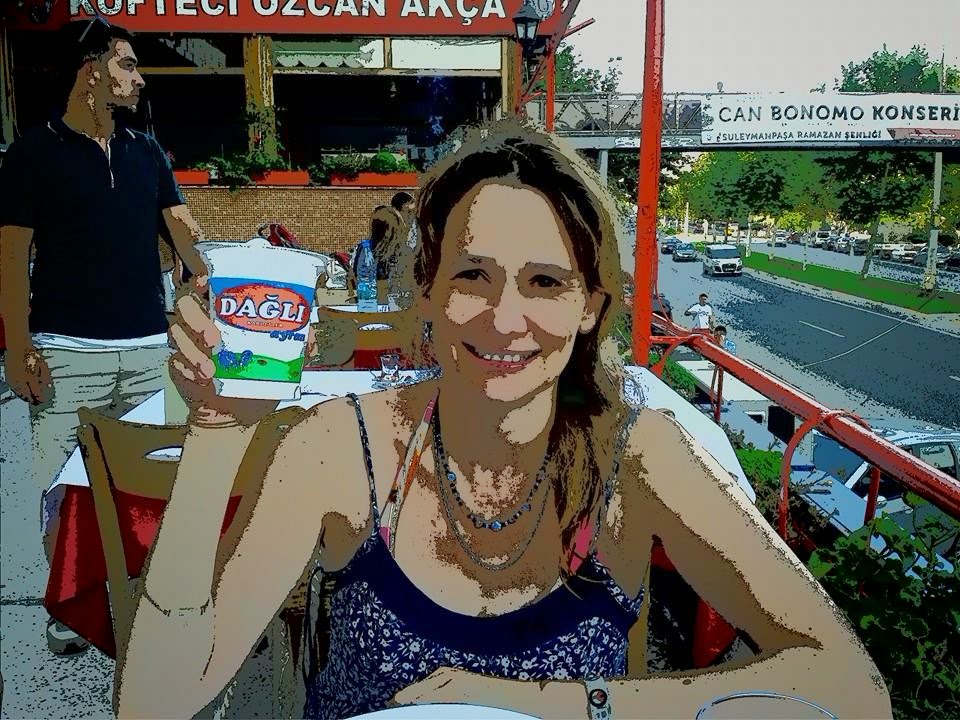 Indeed, when a bottle of Raki was finally offered it turned out to be from a rival brand -Yeni Raki. Perculiarsaurus.

At least there was kofte  for the Suggestosaurus.  Tekirdag is famous for these turd shaped delicacies as well.

The other lure of Tekirdag is the possibility of swimming. Unfortunately the area in front of the town is more of a port area so in order to have a proper splishy splashy swim you have to to take the number 1 Domus to Kumbag ( I kid you not!)  The sea was a lovely warm temperature  and though the beach was a little bit silty, it was a great place to make like Orca and be with the waves. 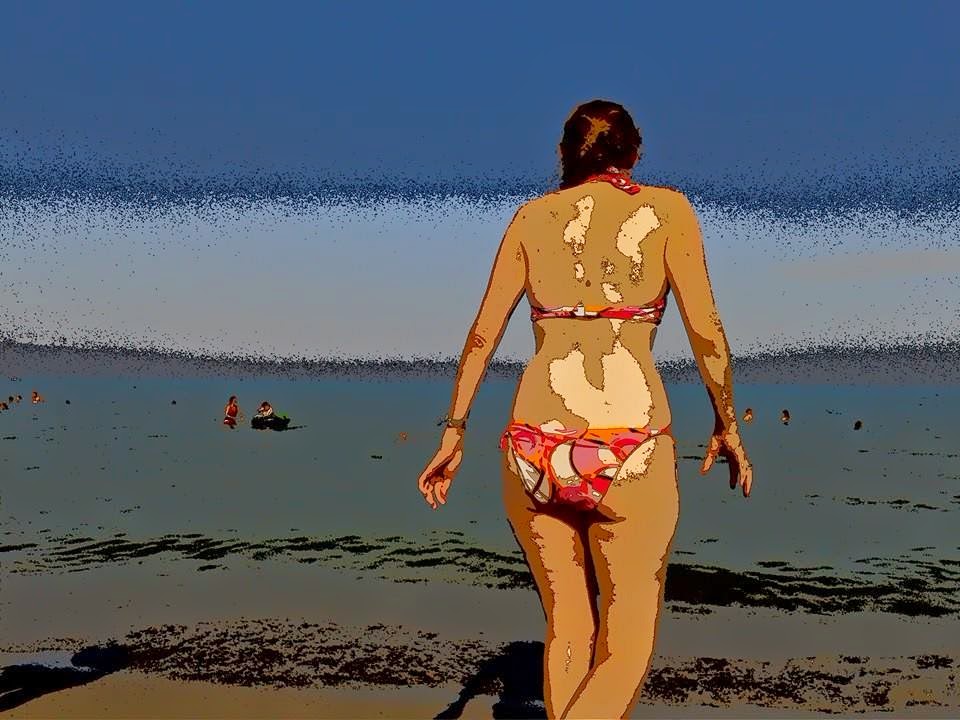 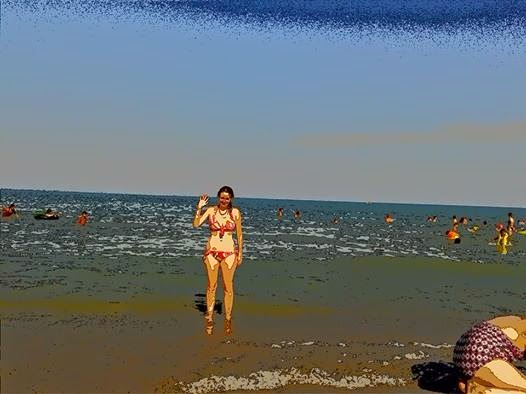