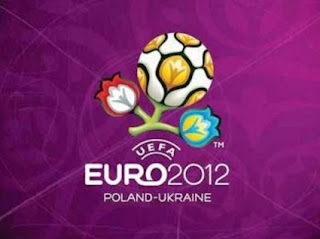 EURO 2012 started yesterday and I'm still not feeling it. I remember when I lived in Florence I was so excited that I could barely sleep in the week leading up to the Word Cup 2006. I used to go jogging down along the Arno and I would grin like a friendly lunatic just at the very thought of kick off. Fortunately grinning like a friendly lunatic is quite common in Italy so I used to get  a lot of smiles in return. Even in Euro 2008, which was actually hosted in part in Basel, I felt some joyousness about it even though England hadn't qualified. And then  the World Cup 2010 - such happy times then too. I remember I had a student who had no clue that the Cup was coming even though he was indeed a man and had even mentioned his enjoyment of football in passing on a number of occasions. I used to give him clues: it's lots of fun: it makes your heart race; it last for days: there's lots of different nationalities. I think he was hoping for a festival of strippers.

Now though I feel nothing.  Maybe it is the depressing state of the world right now, the state of Europe, the reports of human and animal rights violations by the Ukraine. Maybe it is my imminent joblessness, homelessness and planlessness taking my eye off the ball.Maybe it simply belonged to the old me and the new me has new passions ( yet to be revealed.)

I won't give up though - I shall watch Germany v Portugal tonight and  hope to feel that spark in my belly when Cristiano Ronaldo cries like a baby for the hundredth time.
Posted by Joanna